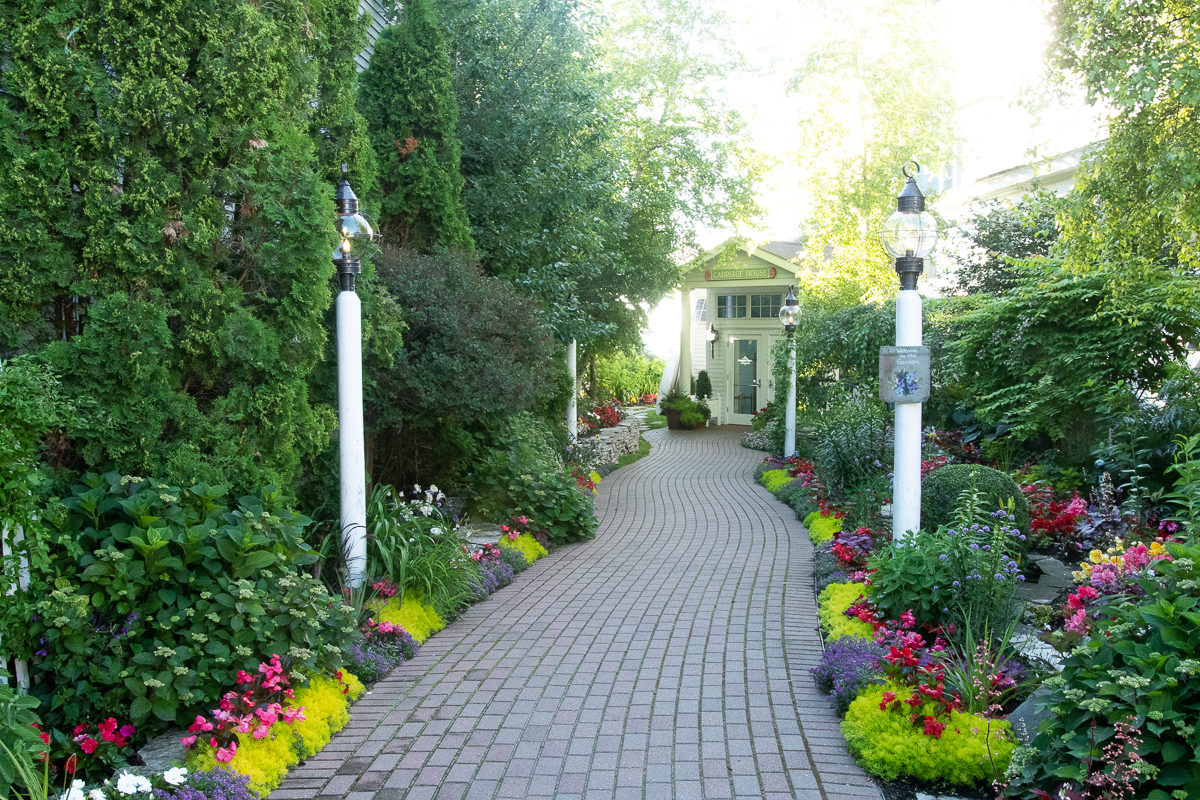 Once a year I go to Mackinac Island, an 8-mile-round island at the top of lakes Michigan and Huron. And for the last several years I’ve been giving a bit of a photo tour here.

It’s become something of a tradition to bring you a few photos, although some years both the plantings and the photos are better than others. This year I’ll admit to waking up a bit late and not being up for the walk up the hill so I missed the area around the Grand Hotel and the houses on the west bluff. You can see lots of those images from previous years, though.

Mackinac Island is a special place, with crisp, blue skies and lots and lots of color. The gardens there don’t necessarily translate to everywhere else, but I always take a few great ideas away from my little early morning garden tour.

Every public space is bedecked with plantings. This trough near a sitting area is as interesting for its color (and that of the walls, benches and posts around it) as it is for the planting.

I always have to take  a photo of the cutest darn post office around. 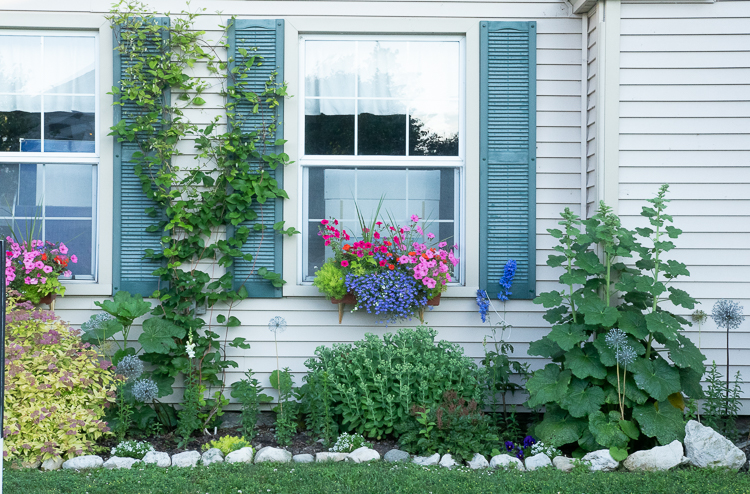 I thought this planting was a great example of how to make your foundation plantings coordinate with a window box. Purples, whites and reds were the other of the day. 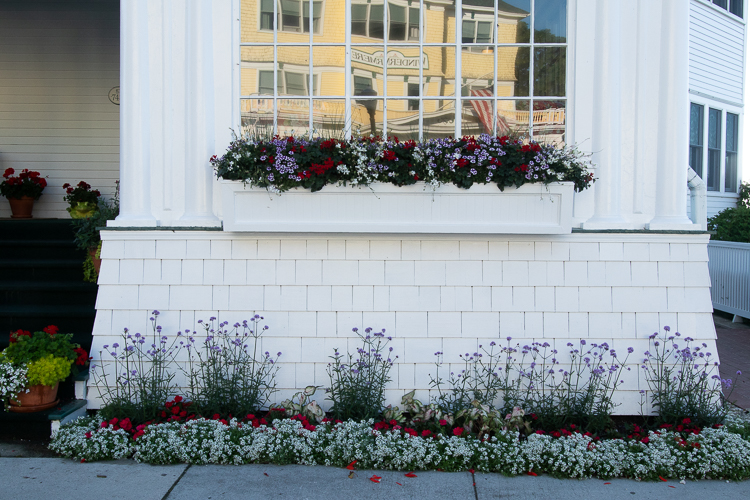 I think this next one was my favorite window box this year. I love how the heuchera picks up the color of the box. I also think it’s interesting how they went with mirror image sides rather than a featured center plant. 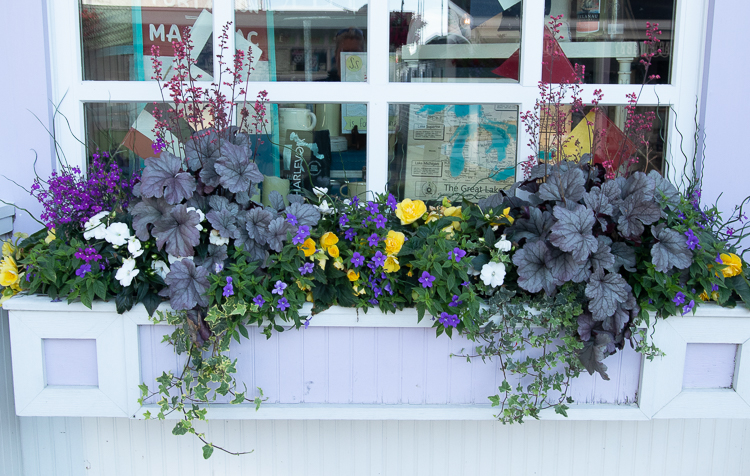 Details are paid attention to here. This fence hovers only about 6 or so inches above the ground, but they’ve taken the time to plant outward facing annuals. 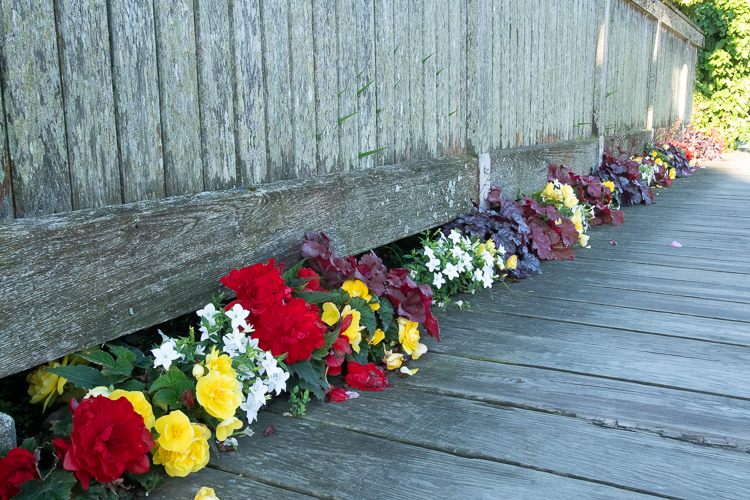 There may be an ordinance on the island that requires all pathways to be planted. To me, the Russian sage is the star here, adding that great vertical element. Those hostas were in perfect shape by the way, despite growing in full sun and it being mid-July. Clearly there are no slugs allowed on the island. 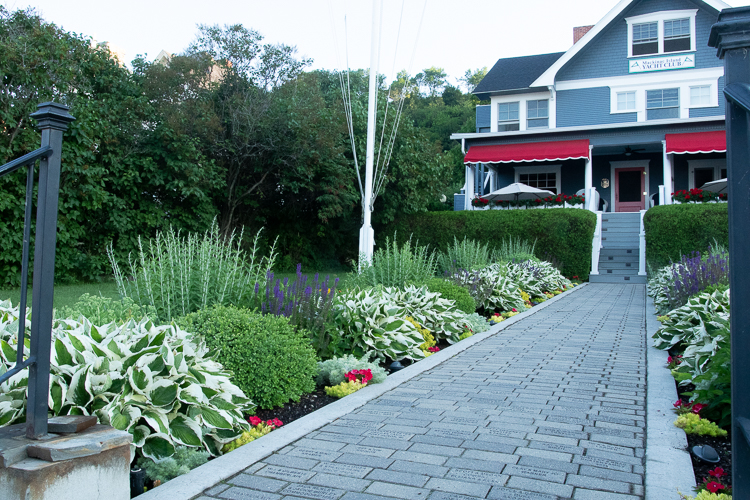 By the way, this is the yacht club, where last year I fell in love with the screen door: Both the color and the door handle. I’ve been looking for a nice (reasonably priced) brass cleat since then, along with a way to still allow the screen door to latch (lest the four-leggeds in the house decided to come and go at their leisure). 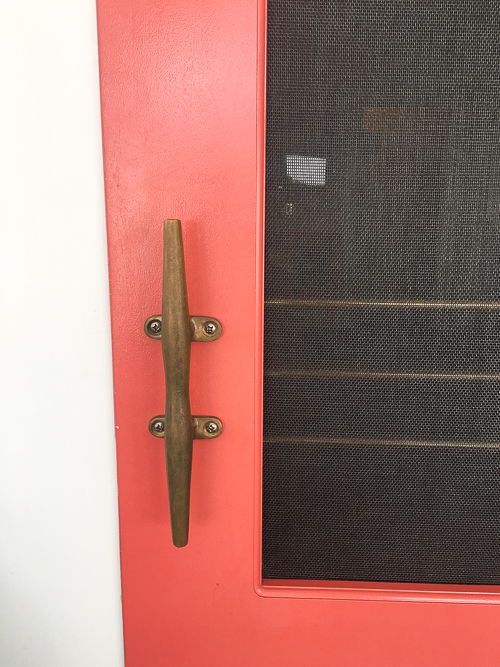 I think of this as a sherbet container. It’s almost like a confection and I love it. This sits outside the island library. 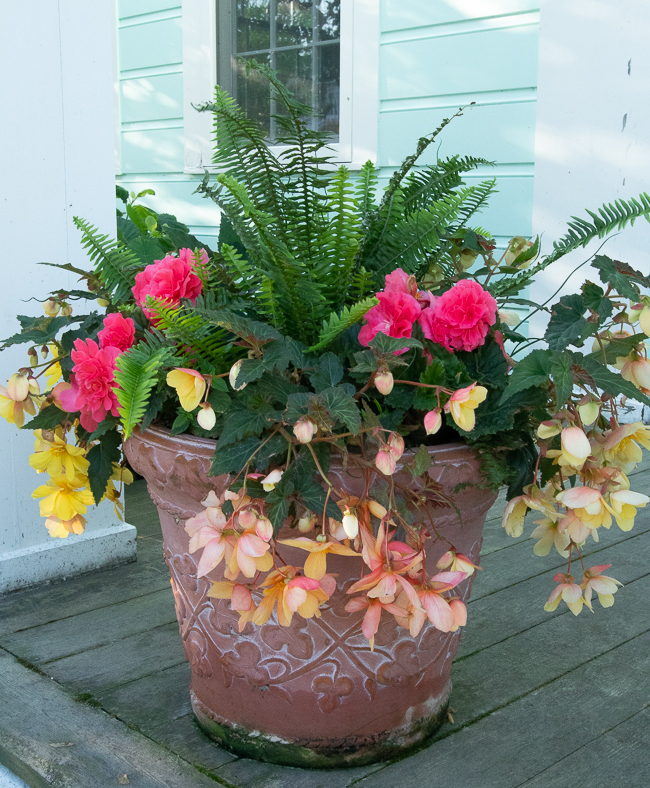 I couldn’t decide if this was creepy or cute. I’ve definitely decided on creepy. 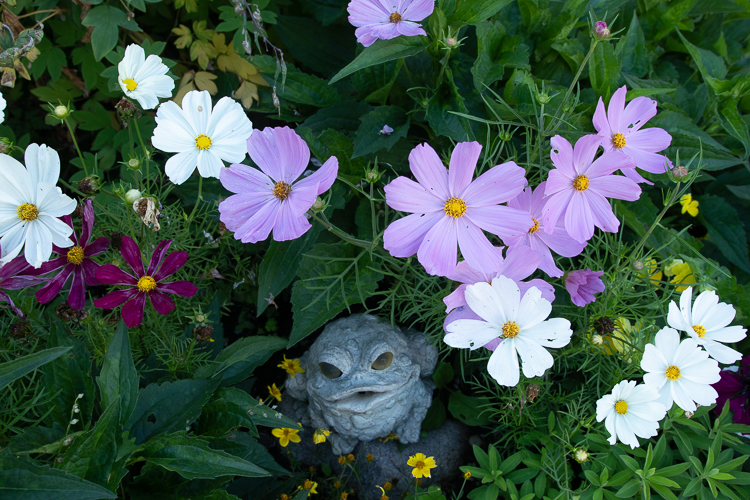 The color of these foxgloves was so fabulous. The epitome of a cottage garden plant. 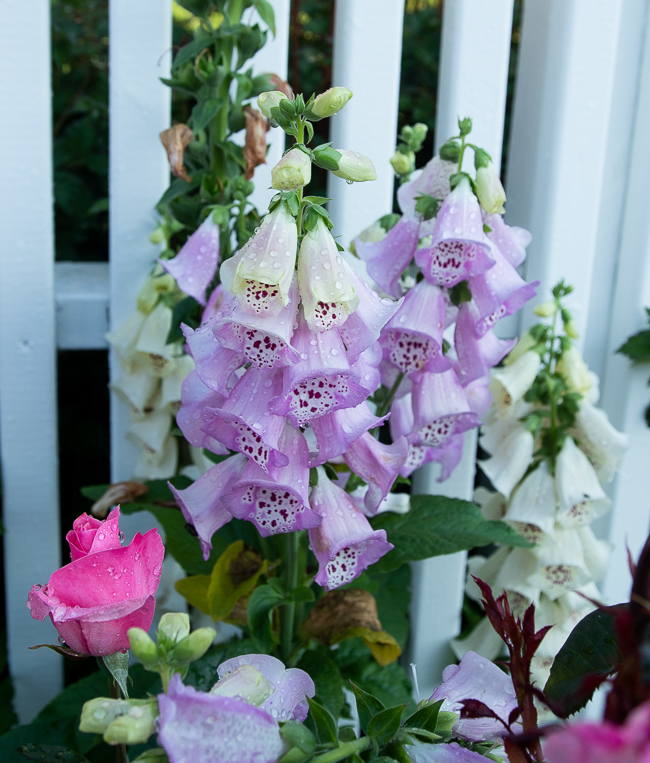 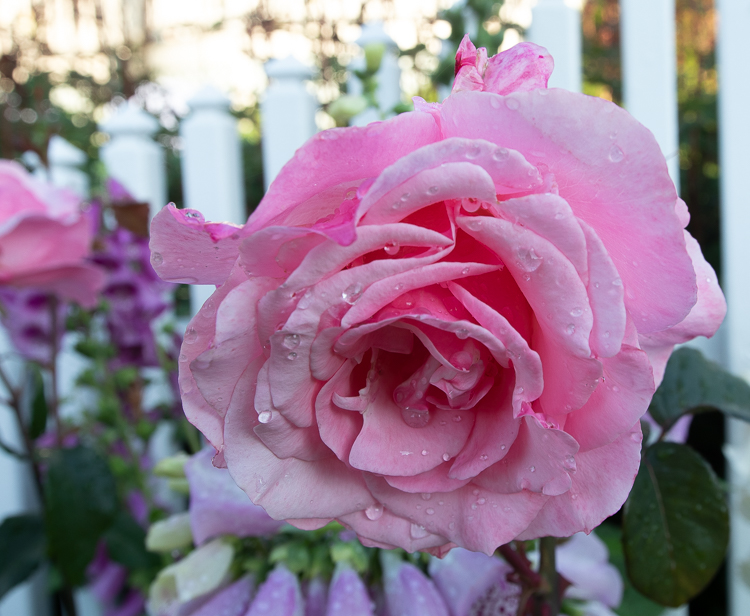 A highlight of the island is always the Iroquois hotel and the entrance to its Carriage House restaurant (which I can’t recommend highly enough). This garden is always planted by Jack Barnwell‘s team in a rainbow of mouth-watering colors. 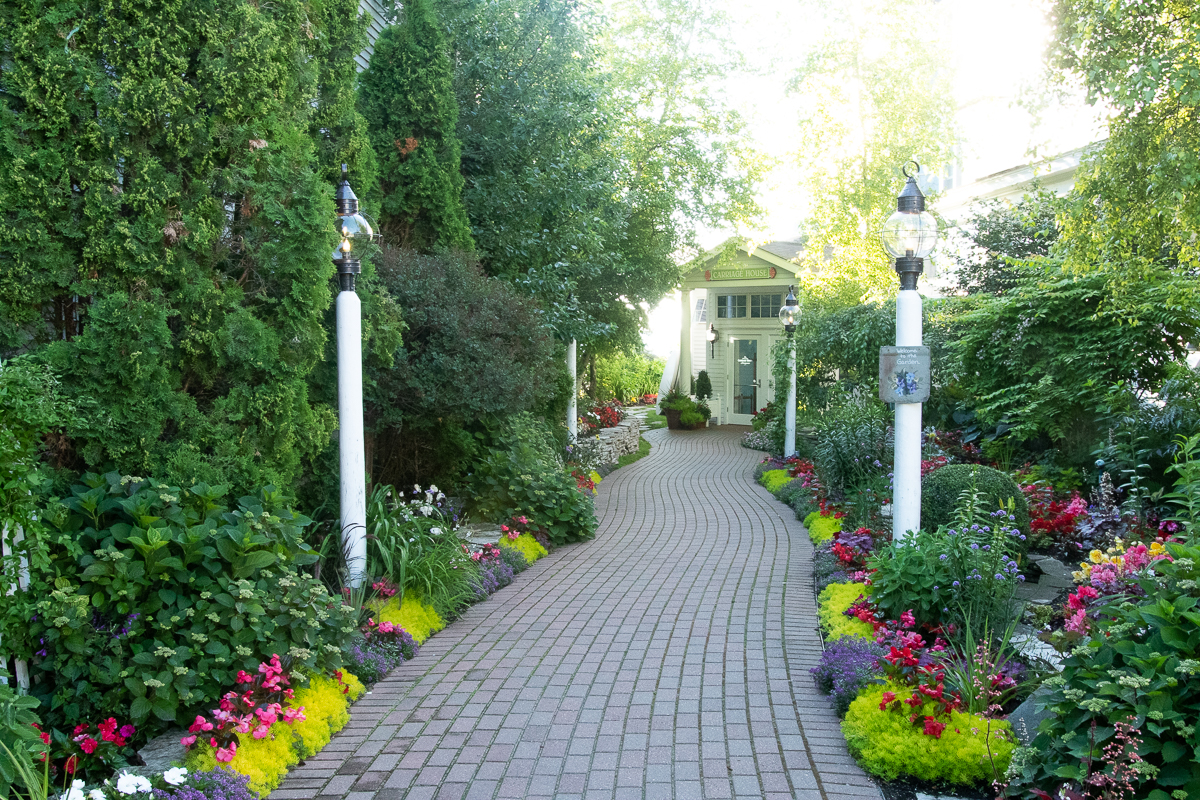 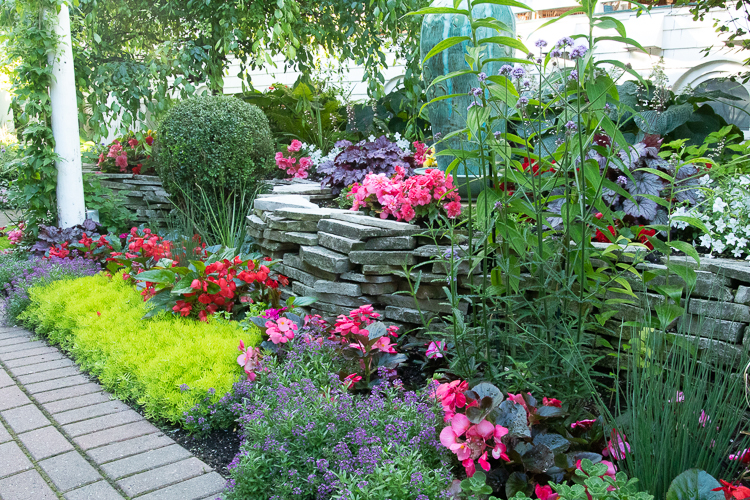 I loved how the Surefire Red begonias were peeking up through the Lemon Coral sedum. 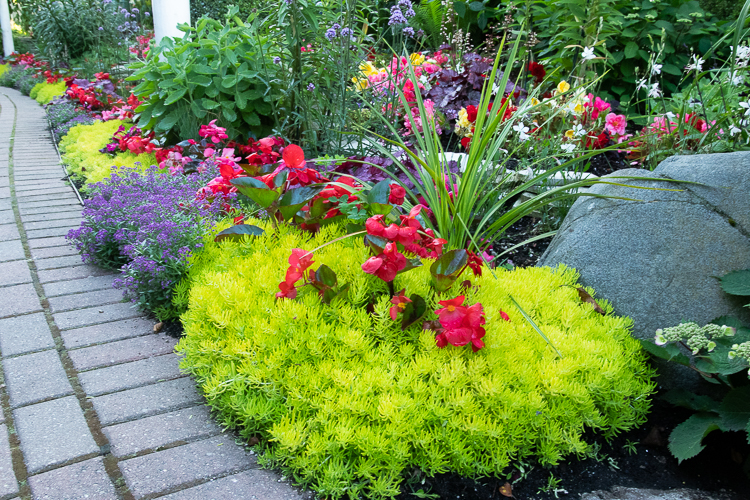 Proven Winners has  new line of Caladiums coming out next year and many of them were planted in this garden in big swaths. It’s an interesting way to use them. 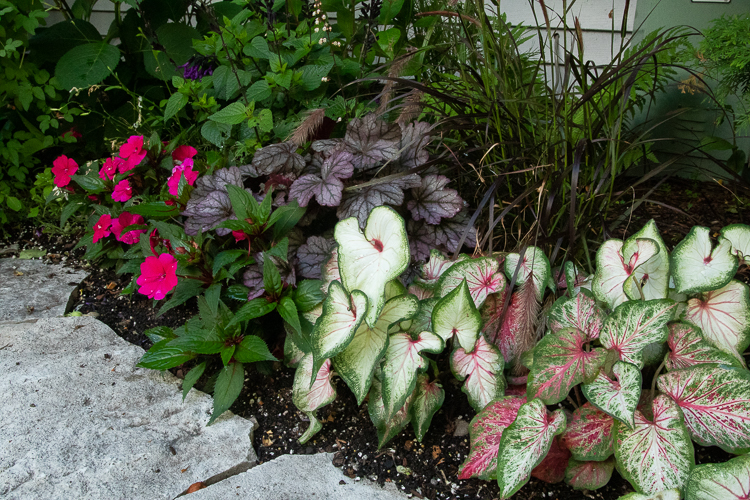 It was clearly a cool spring here as well. Everything was a bit behind where I’ve seen it before (although I was there a week earlier this year). All the light posts have hanging baskets on them, including this one by the marina, which was subdued in the early morning. 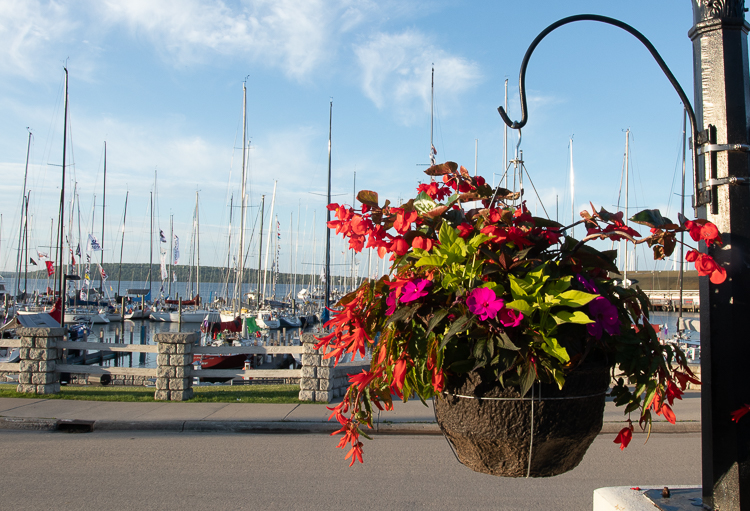 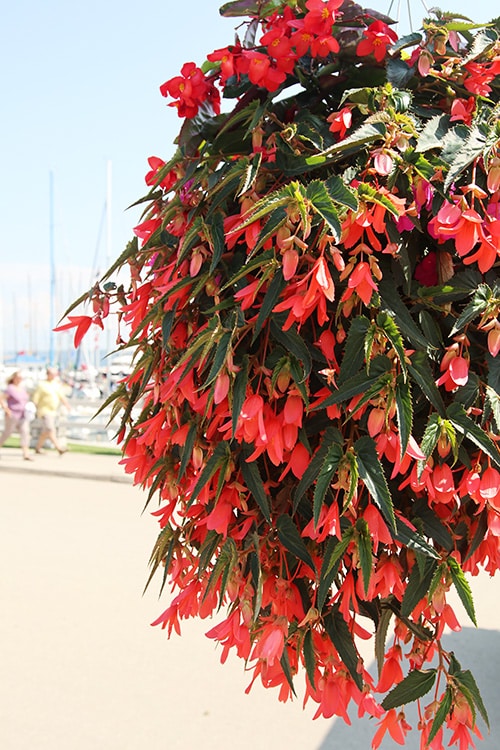 But as always, the gardens there are full of charm, color and sometimes even wise words. 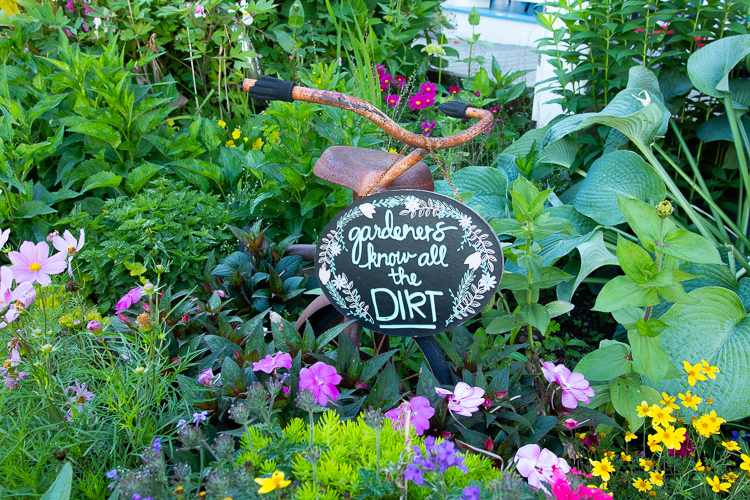