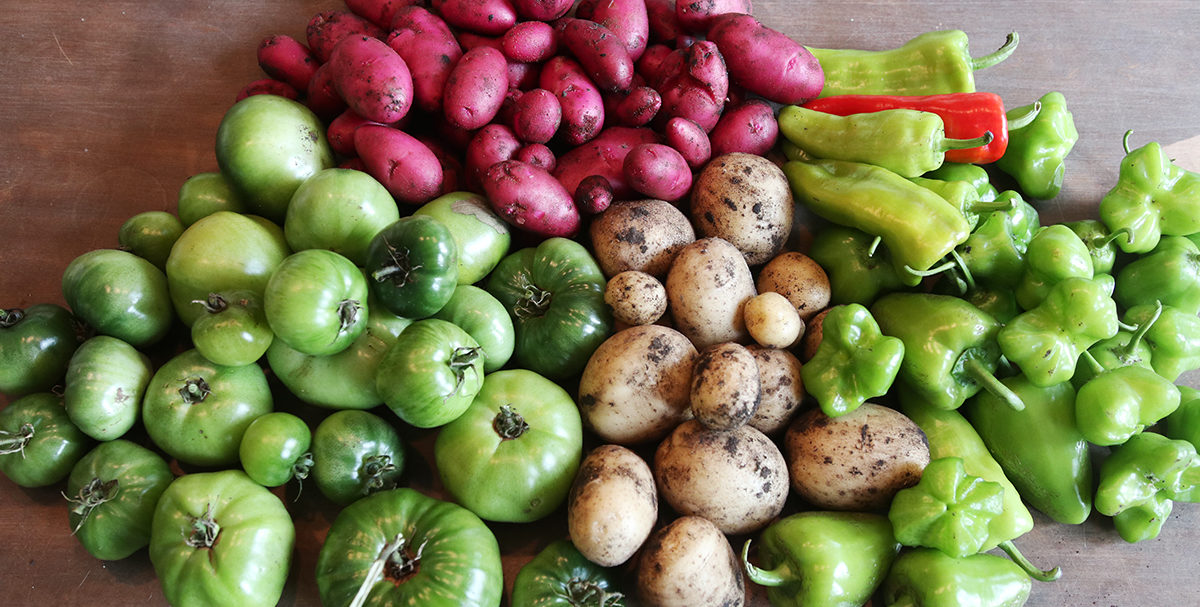 Well that was abrupt. Without a lot of lead-up, we had hard frost. And just like that, the growing part of the gardening season is over.

I didn’t take the threat of a freeze too seriously because we usually escape the first few frosts that affect even areas just an eighth of a mile away. The moderating effect of Lake Michigan does us favors fall, as the water temperature is warmer than the air temperature this time of year.

Fortunately I threw a sheet over the herb bed in the vegetable garden to help preserve the thyme, rosemary and parsley. But so much else is just done. 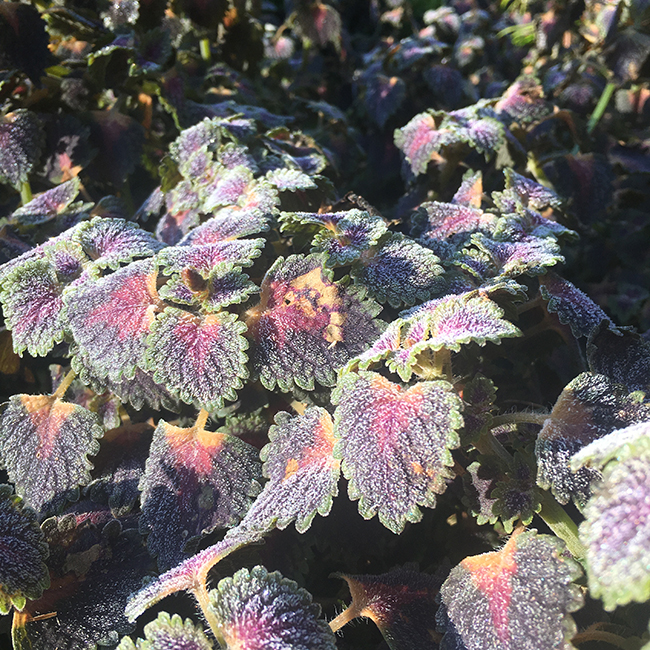 The coleus was beautiful dusted with frost, but it soon turned into wilted mush. 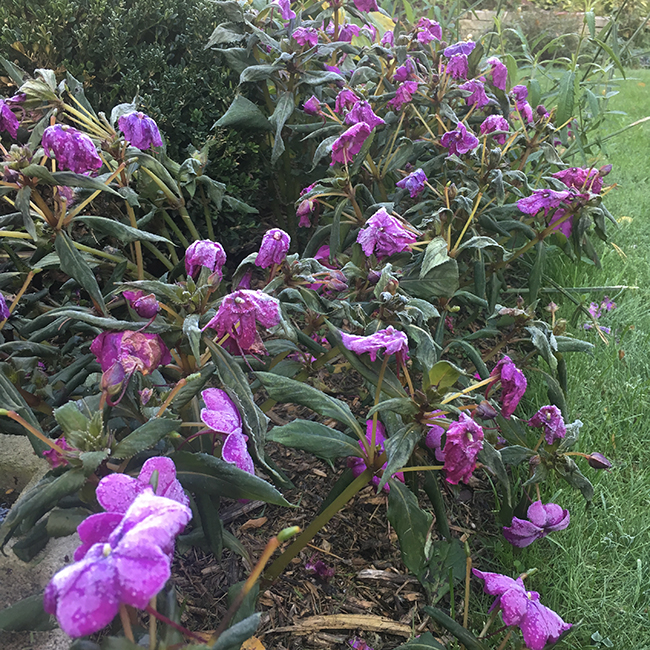 The Sunpatiens were having none of that frost.

A frosted garden is the saddest  sight. Everything is limp and mushy.

I have to admit that I’m not completely upset about the timing of this frost. The last couple years we’ve had later frosts: November 19 in 2016 and I believe the very beginning of November last year, and that made it difficult to get everything  sorted while it was still warmish out. I’ll have an extra couple weeks this year, and we’ll definitely have some warm days ahead when it will be lovely to be in the garden. 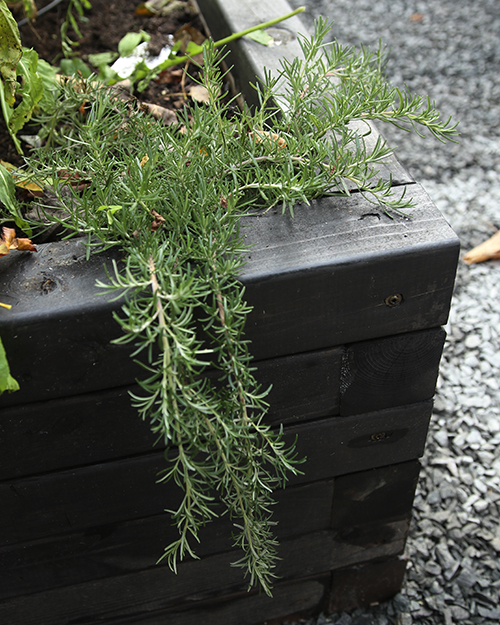 I grew the traditional upright rosemary this year, but also this trailing foxtail rosemary. It did pretty well. I wish I would be hardy here; I could handle a rosemary bush.

Although there is now plenty to take care of in the garden, including pulling out all the annuals that bit the dust with the frost, I ignored it all this weekend. Instead, we concentrated on moving a whole bunch of decorative stone into the vegetable garden.

This was an exciting project, because it’s the last big piece of the vegetable garden puzzle that we have to handle this year. The paver base (what we call limestone screenings here) went down a couple weeks ago and we covered that with decorative crushed stone. I have found that paver base does a better job than weed barrier or landscape fabric in keeping the weeds at bay longer. 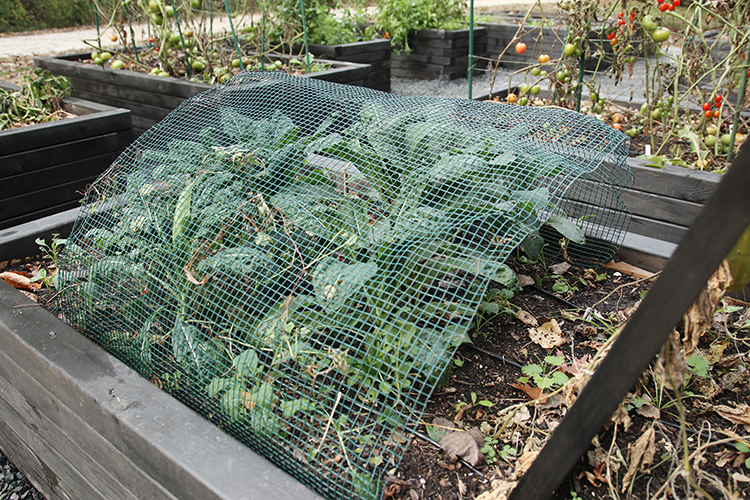 I took down the temporary string fence that was protecting the garden (and by the way, it worked) from the deer because the only thing I have to worry about them eating there now is kale and I was able to just throw some hardware cloth over it to shield it from nibbling.

I chose the same stone I have in the circle garden and the path to the garage, a color called Raven Black, but in a three-quarter-inch size rather than the three-eighths-inch size in those areas. I figured out what we needed by square footage, but stone is sold by the ton, so the quarry helped me figure out how much I needed. She said I would need 9.5 tons, but the truck only held 6 tons. I opted to just start with one truck and said I’d call when I was ready for more.

So here’s what I have to say about that: Lies. It’s all lies! We went through a little more than 5 tons and all I can say is thank goodness we didn’t get as much as the quarry suggested I get, because I can’t imagine where we would put the extra.

In between shoveling and spreading all that stone, I picked most of what was left in the garden and I have to say, I was quite pleased. Considering that the vegetable garden got a terribly late start, I’m quite happy with my haul. 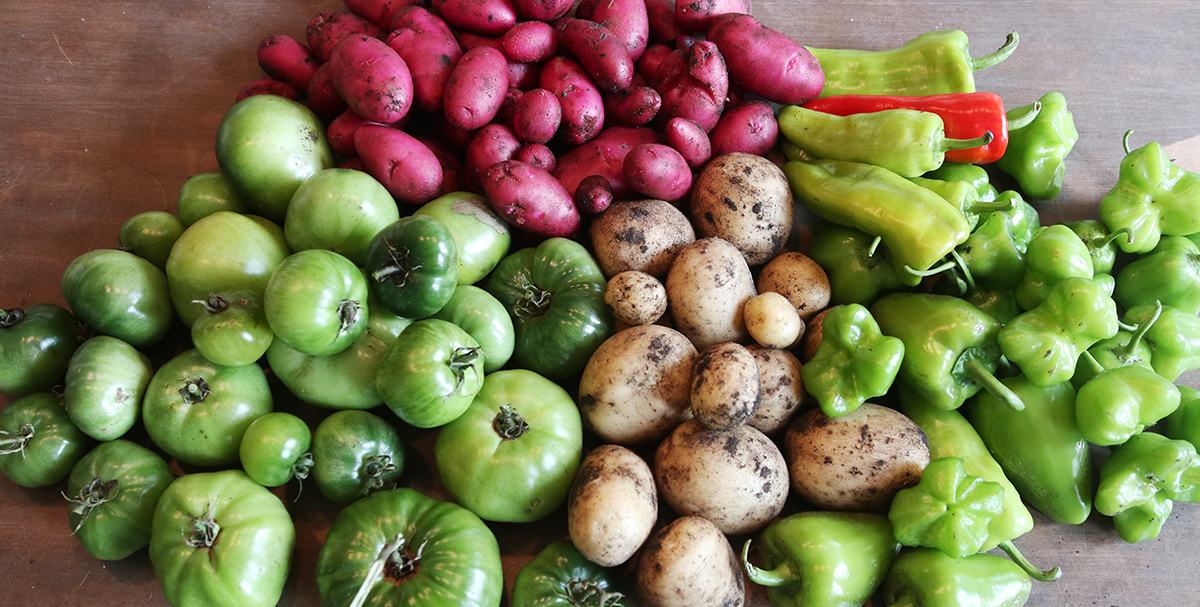 The tomatoes never really did get a chance to reach their potential and most of the peppers never turned color, but all will be eaten in their green forms.

But I was most satisfied with my potatoes. I’ve only grown potatoes once before because I’ve not had the space to grow them properly. (The first attempt was in a so-called potato tower and it was a disaster.) I hastily threw in a few leftover seed potatoes my mom gave me and walked away. But I pulled several really nice sized Yukon golds out and many more purple-fleshed fingerlings (I have no idea what the name of them was). 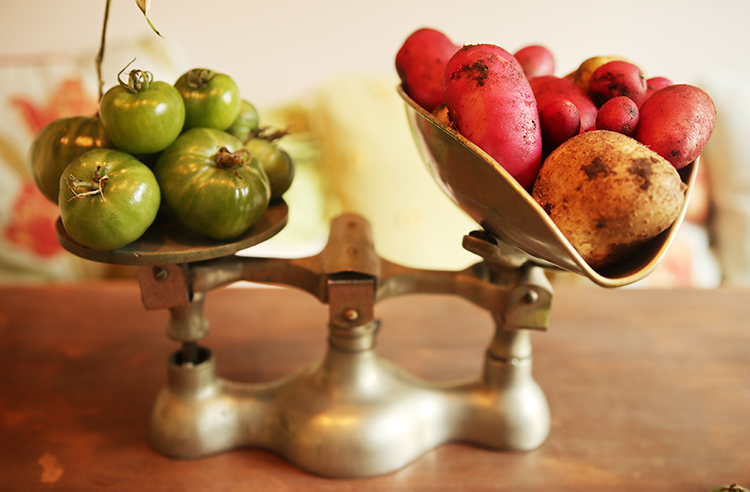 I may have actually squealed with delight as I pulled them out of the ground, and I definitely showed them off to at least two neighbors who drove by and slowed to say hello.

Like elsewhere in the garden, the vegetable garden needs cleaning out (although the kale is still going strong and will taste even better with the cool temperatures). But it looks so much better with the stone down and I finally am so pleased with what I’m seeing there. 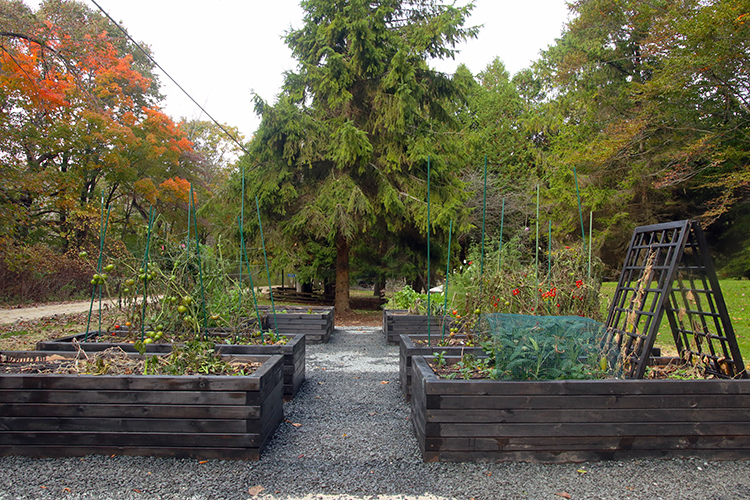 The vegetable garden is looking so much better with the stone down.

I’ll be adding compost and possibly some topsoil to the skinny fruit beds on the sides this fall and the fence will go in probably sometime in November. In other words, what I thought would be finished in June only took an extra five months.

Like my neighbor said: I said it would be finished in June, I just didn’t say what year. 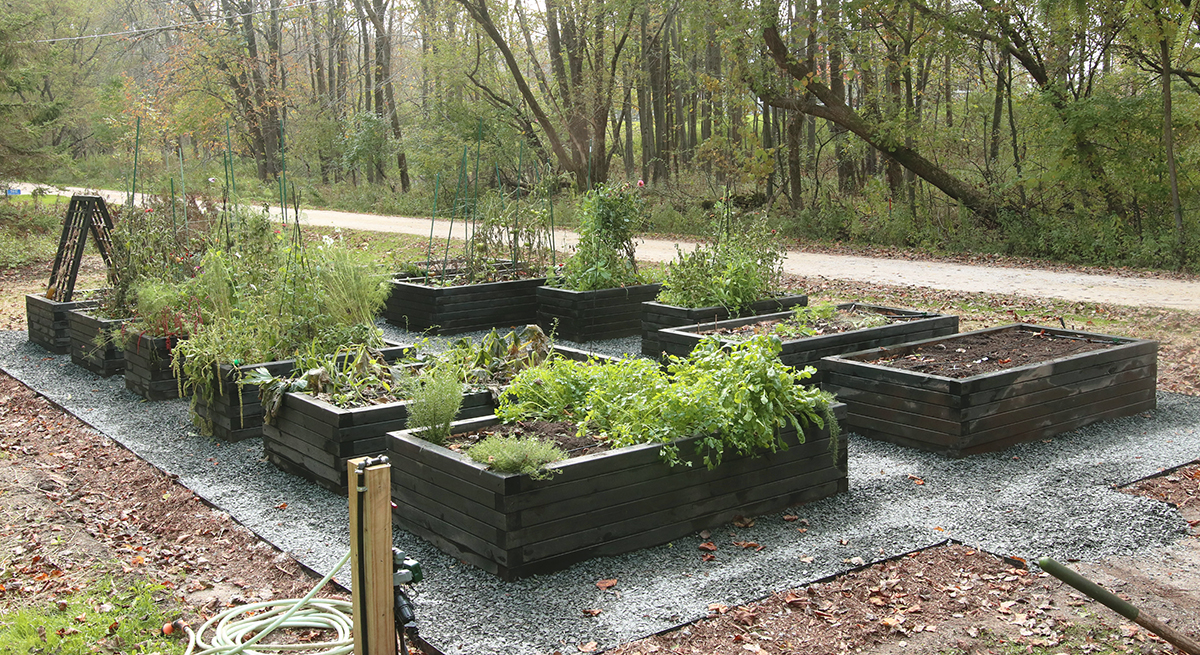 The stone is kept in place with steel edging. Outside the edging are skinny fruit beds for small berries and espalier trees.

fall frost vegetable garden vegetables veggie garden
by Erin @ The Impatient Gardener
11 Comments
previous post: The great houseplant migration
next post: The perfect way to store your tools (and an OK way that works too)