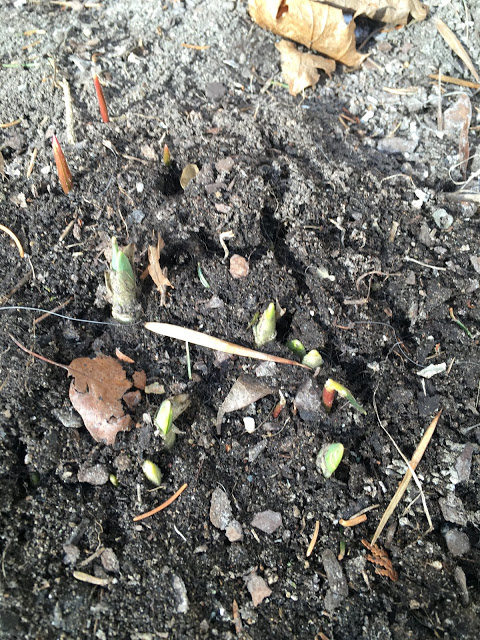 This weekend was one of those amazing gifts that Mother Nature throws our way every once in a while that revive the sleeping soul of a gardener. Saturday was in the 50s and we set a record on Sunday with temps in the low 60s. This is pretty much unheard of for Wisconsin in February.

The snow is melted in all but the lowest, shadiest spots where it was piled up. My earliest daffodil is poking its head up, and when I pulled back the leaves on the hellebores, fat buds were standing tall. Little green shoots are coming up where I think I planted some snowdrops (I’m never label that stuff) and birds were singing all weekend long.

After attending a garden seminar Saturday morning (a lovely presentation on fragrant gardens by Mark Dwyer, director of horticulture at the fabulous Rotary Botanical Gardens in Janesville, Wisconsin), I enjoyed just poking around outside. The yard is in a typically disasterous state. There are plants that weren’t cut down in fall to be dealt with, huge piles of leaves and all sorts of other messes. But I know well that it’s too early to be doing a big spring cleanup. In fact, we’re due for more snow Monday night into Tuesday and frigid temperatures are certainly in the realm of possibility. 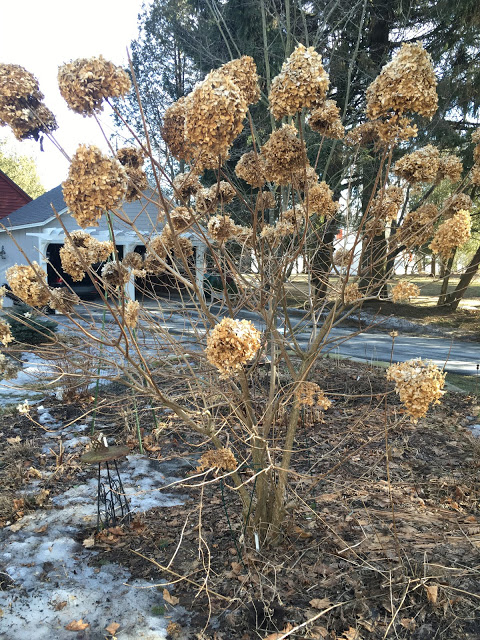 I did break down and prune the big Limelight hydrangea. It felt good to get something real accomplished. As I’ve been doing for the past few years, I pruned out one of the oldest stems all the way to the ground, and then just did some light pruning around the top, focusing on crossing branches and shape. There is a large stem in the back that I would have liked to take out, as there is no growth at all on it until about three feet up, but removing it would have left the shrub seriously out of balance. There are lots of new shoots near it where I took out a big branch last year, so I’ll give those some time to develop before I take that big guy out of there.

It felt early to me, but looking back, I see I did it in early March last year. The difference being that I had to walk through a lot of snow then. 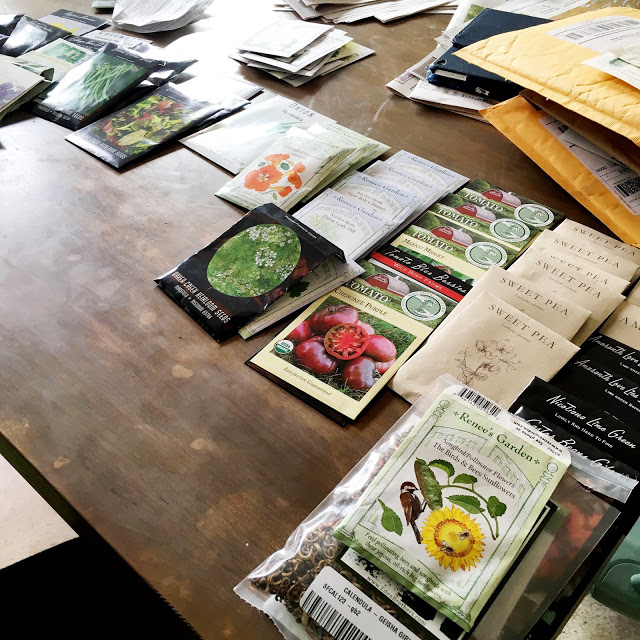 I also spent some time organizing my abundance of seeds. It is safe to say I have completely gone off the rails this year as far as seed starting goes. I have way too much. I’m going to try to restrain myself from starting too much of any one thing so I have room. I also worked on updating my seed starting spreadsheet for this year to adjust dates based on my experience last year and add in the new varieties I’ll be trying. In doing so, I realized that technically I should have been starting sweet peas this weekend. In addition to not being set up at all for that, I’ll be out of town later this week and I like to be able to keep daily watch on seedlings, especially something like sweet peas that I’m highly emotionally invested in. So the first seed sowing will happen next weekend. 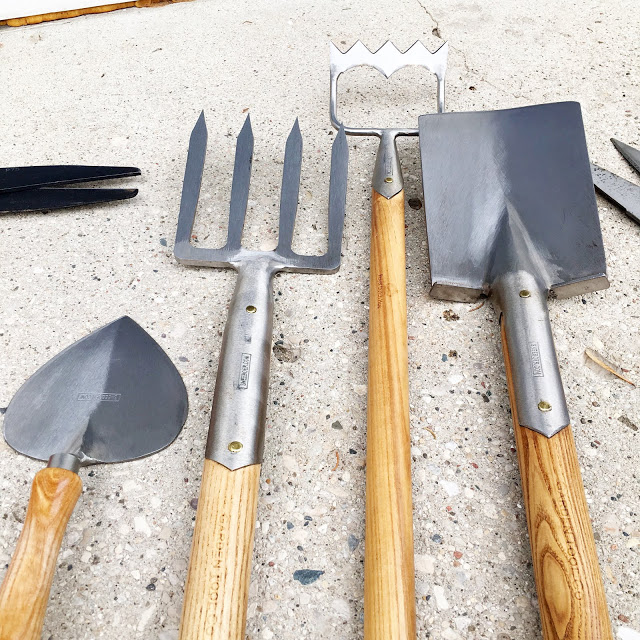 And, because it was just way too nice outside to spend one more minute inside, I grabbed all my garden tools and took them to the sunny spot on the front patio and gave them all the cleaning and sharpening I should have done back in December. I washed all the dirt off the handles and gave the wood handled tools a light coat of linseed oil, and then shined up all the blades and sharpened them all, and gave them little touch of light oil. I even went so far as to completely take apart my Bahco pruners to really get in there and get all the dirt out and then sharpen them up and oil the mechanics. It is so nice to have everything ready to go the moment it’s time.