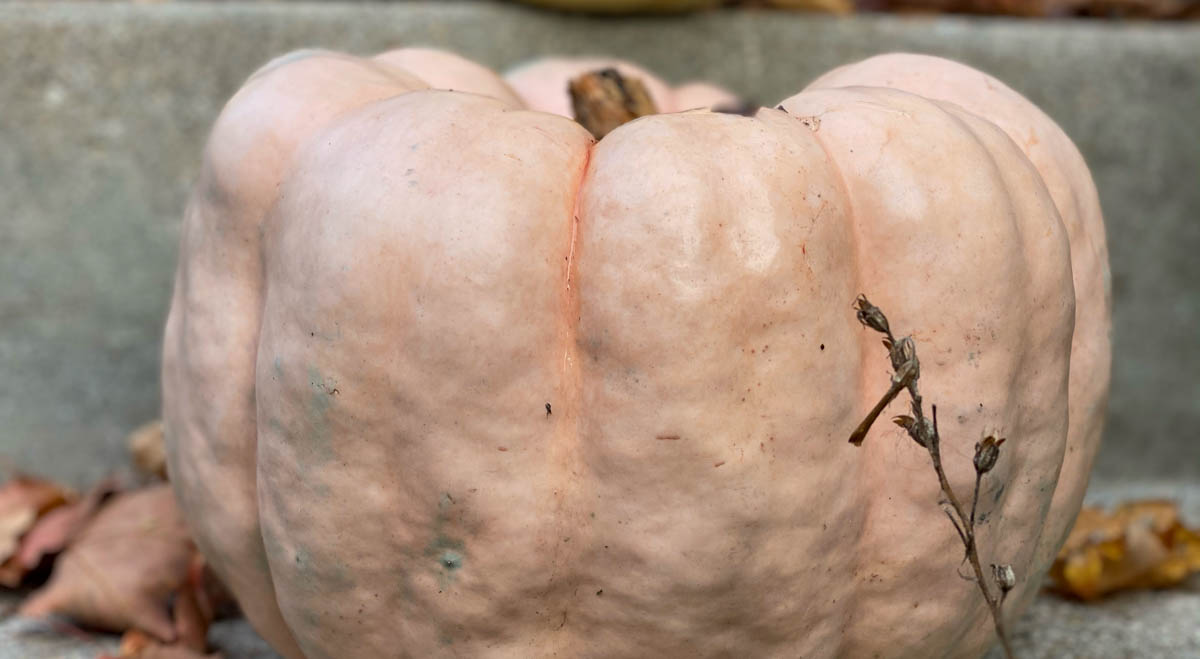 My first foray into pumpkin growing has been slightly less successful than that of Ian and Stuart Paton, 59-year-old British twins who obviously know more gourd growing than I do.

The brothers just broke their own giant pumpkin record in the UK with a gourd of epic proportions: 2,593.7 pounds and 20 feet in circumference. That’s just 31 pounds shy of the world record.

There is a subset of gardeners who aim not for color or flavor, but pure size, regardless of the vegetable. A leek that weighed nearly 24 pounds, a cabbage that tipped the scale at 139 pounds and a 65-pound zucchini — all word record holders —may be impressive, but the ultimate giant vegetable competition is purely pumpkin.

And the first thing to know about growing giant food is that there are a lot of secrets and hardly anyone shares them. The Patons’ giant pumpkin started with hybrid seeds, undoubtedly the progeny of previous giant pumpkin winners. As for the rest of their secrets, this is all the Paton brothers would offer in an interview with the BBC in 2018 when they grew their last record-breaking pumpkin: “Very light, open soil and plenty of water in the summer.”

This is where I have to cry foul, because I, too, grew my pumpkins in light soil and gave them plenty of water, with much different results.

I did not grow this pumpkin. I had to buy this pumpkin because I’m a terrible pumpkin grower.

According to the Ohio State University Extension, you should allow 1,000 square feet of space for each giant pumpkin (Curcubita maxima) and, after testing the soil to make sure it is the perfect pH, add manure and compost. Granular fertilizers are then added—2 pounds of nitrogen, 3 pounds of phosphorous and 6 pounds of potash per plant. The fertilizing continues after the flowers are pollinated, when regular foliar feeding should begin.

Then there is mulching, setting up windbreaks to protect young plants, training the vine to prevent the stem from breaking, and setting up a shade structure to protect the pumpkin from direct sunlight.

But there must be more to it than even that, because the Patons reported that during its peak growth period, their pumpkin gained an average of 51 pounds a day for 21 days straight, and that they spent six hours a day tending to it.

Which makes a gardener wonder just what the real secret to growing a record-breaking pumpkin is. What could one possibly do for a pumpkin that would require dedicating six hours a day to it?

By now, you have surely noticed that I’ve not shared the outcome of my first-time pumpkin growing experience. In my defense, my pumpkins, which were a rather basic blue variety not meant to break any records, were planted quite late.

Let’s just say that the Paton brothers’ pumpkin beat mine by approximately 2,593.4 pounds. The single golfball-sized gourd it produced weighed in at no more than couple ounces. No photos of this great feat are available as I picked it and added to a (purchased) pumpkin display on the front porch, but it was gone a day later.

By means of proof, here’s what’s left of the vine, which looked quite nice growing up the fence of the vegetable garden. That is about the only nice thing I can say about it. 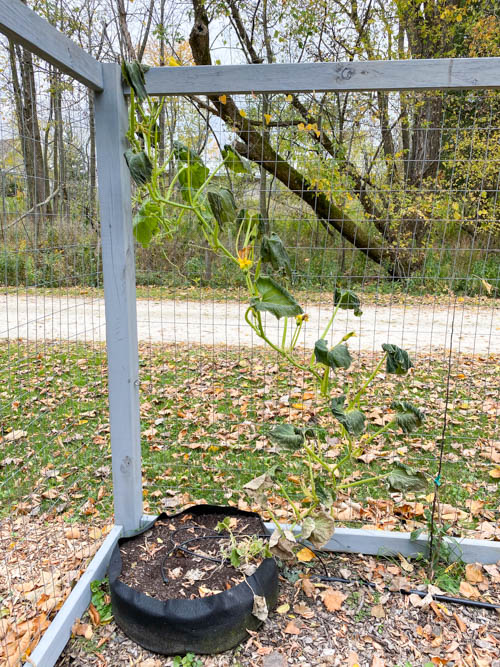 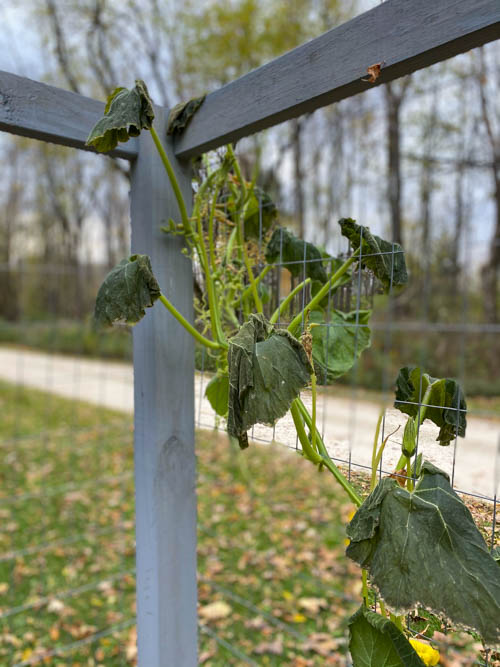 Perhaps a squirrel ran off with it, happy to have the perfect-sized pumpkin.