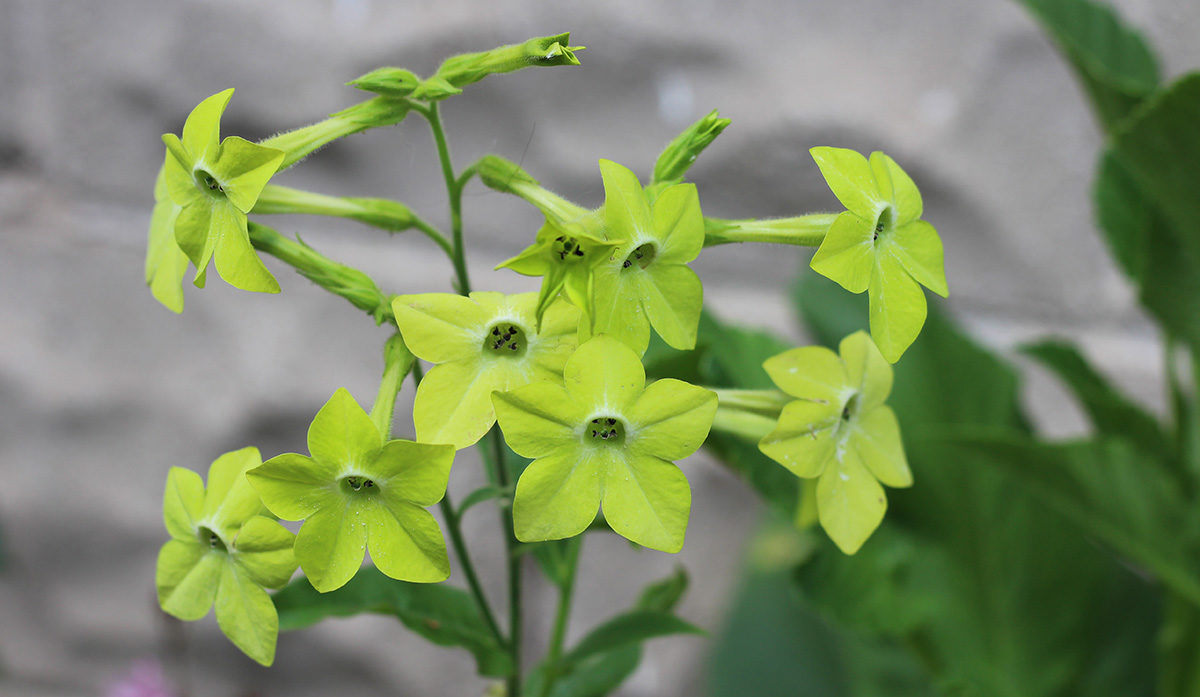 The list of flowers I grow from seed changes from year to year, but there are some that are non-negotiable. I must have them. At the top of the list is Nicotiana alata.

Most people are familiar with Nicotiana—common names are flowering tobacco or jasmine tobacco, but this is one of those plants for which I always use the botanical name—in some form. Often they know the short, stocky hybrids commonly sold at nurseries as bedding plants (these hybrids are Nicotiana x sanderae), but alata is a different animal. It’s taller, far more natural looking, free flowering and, often, fragrant. 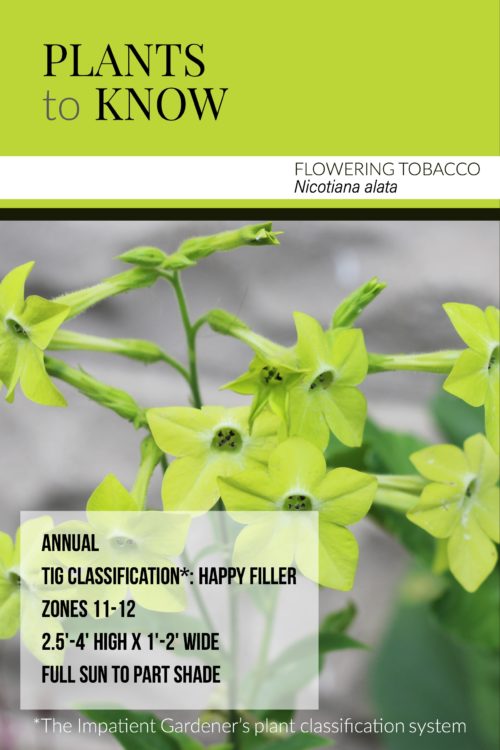 Although there are several varieties of Nicotiana alata including white, pink and red, my go-to color is lime green (which goes by the handy name ‘Lime Green’). It is a color that ties all other colors in the garden together. Somehow it manages to disappear and at the same time brighten the garden. I can’t explain this phenomenon, but I know that the garden would be worse if it was lacking.

I grow it in mass quantities—probably 24 or more plants—because it is my favorite annual to tuck in empty spaces that can handle a little height (nasturtiums fits this bill when I need something low). Although you can find some nurseries that carry it, the only way I could afford to plant so much of it, is to grow it from seed, and I’m happy to report that it seems easy to grow from seed. In fact the most difficult part is handling the seeds which are nearly microscopic. 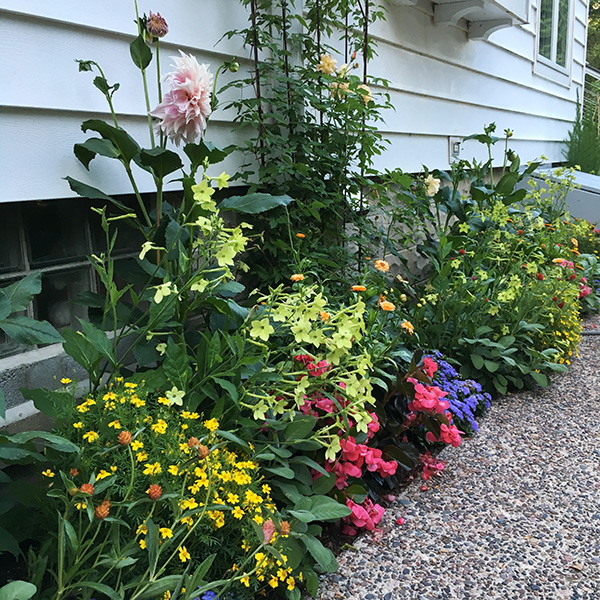 Nicotiana alata is well-mannered in my patio bed, where it provides a cool foil for more brightly colored plants.

Try not to overseed when starting. The tip of a toothpick can help pick up tiny seeds if you want to be more precise about it. Just lightly press the seeds into the soil and don’t cover them at all. They need light to germinate. I start them about eight weeks before our last frost date, which is roughly the end of March. They will self-sow in the garden, but only in the most polite manner and if you leave the soil undisturbed. 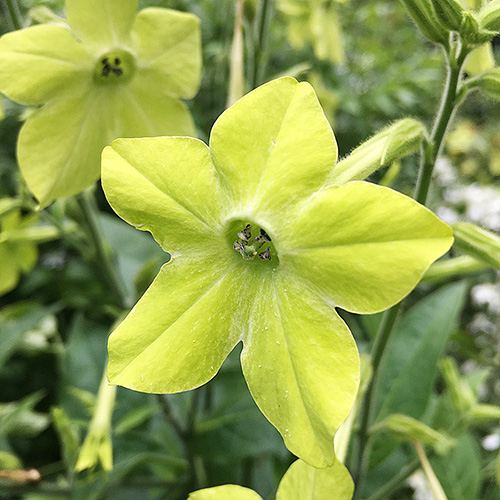 They grow best in full sun, but plug along fairly well in a bit of shade in my garden. They suffer a little in the heat of summer, although in my zone 5 garden this is more of slowing, than a shutdown. Never fear, they will return to their floriferous nature when the temperature cools slightly.

There is one thing to note when growing them, however. They should not be planted near other members of the nightshade family—tomatoes, peppers and eggplant, to name a few—because it can be susceptible to tobacco mosaic virus, which can be transferred to these vegetables. I’ve never noticed this in my plants, but I don’t plant them near vegetables just to be safe. 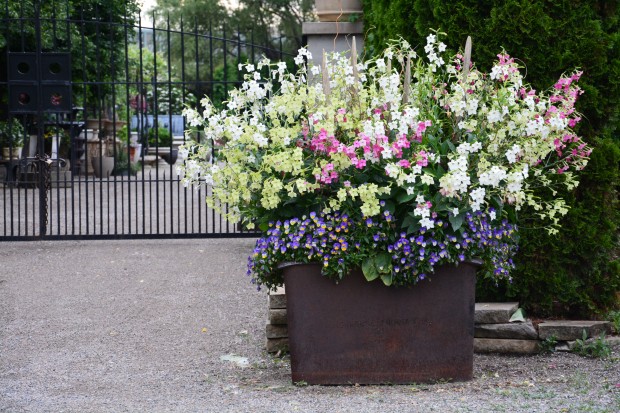 Put Nicotiana alata in the garden, in containers and any other place you can think of. This happy plant with star-shaped flowers is a lovely companion to anything else the garden.

nicotiana plants to know
by Erin @ The Impatient Gardener
28 Comments
previous post: The (completely obvious) new tool I’m using to plan my garden
next post: How to select the right dahlias for your garden