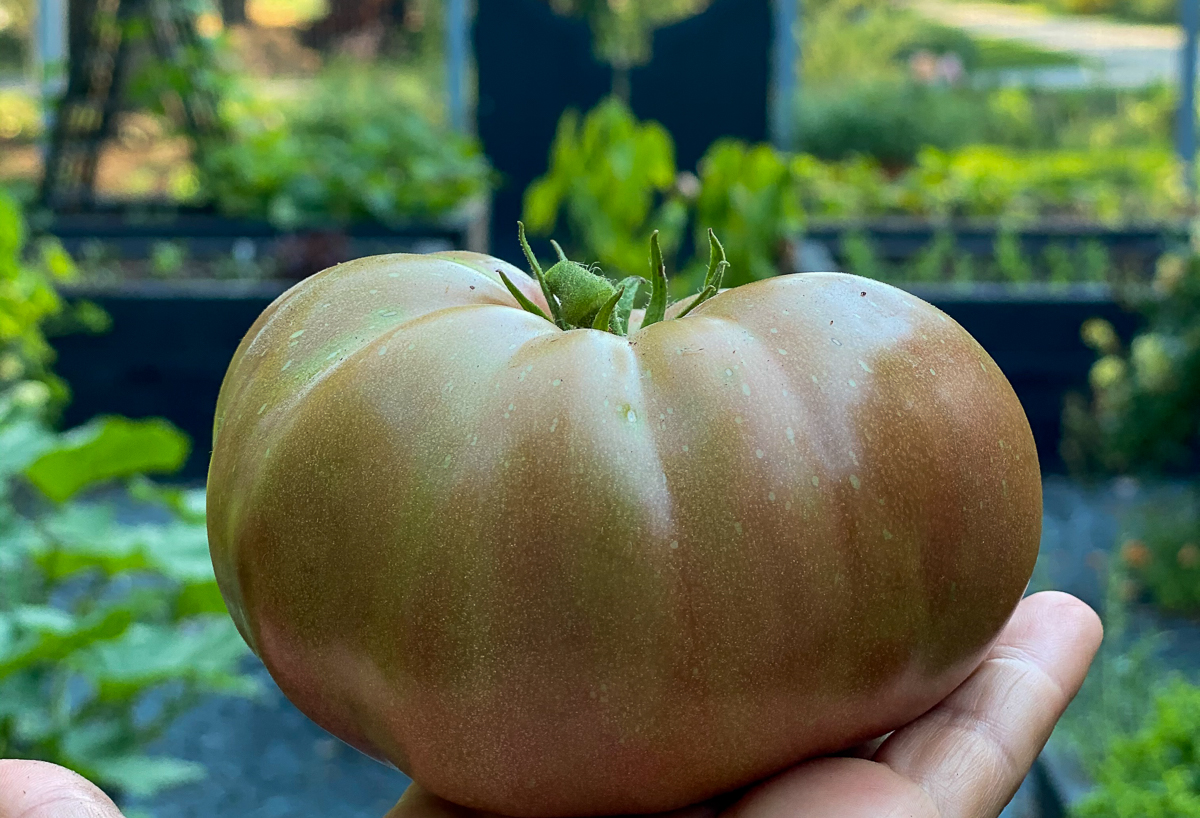 It all depends on this tomato. 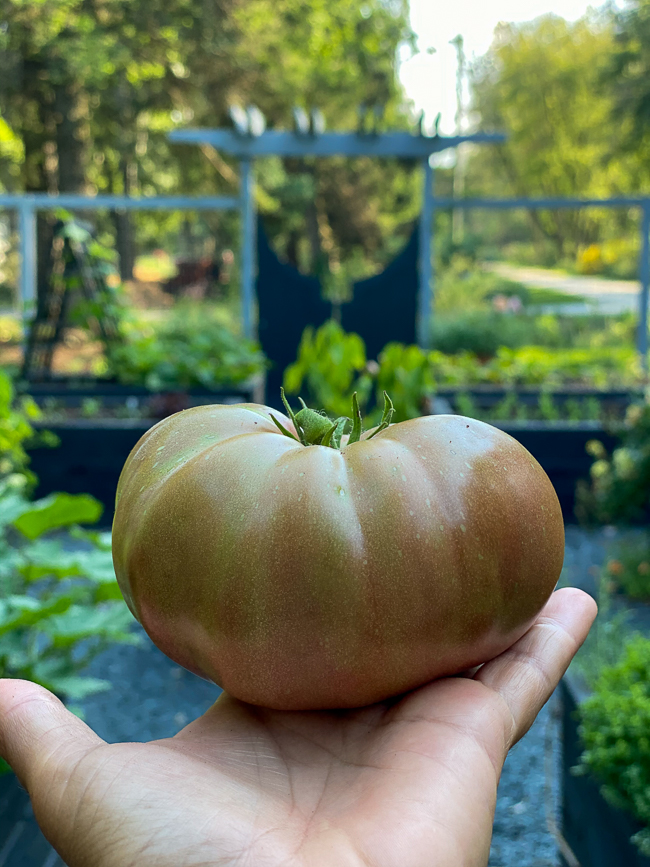 Whether this year’s vegetable garden is declared a success or a failure depends entirely on this lone tomato. It’s the first big slicer that I’ve picked this year, brought in to finish ripening on the windowsill, safe from critters and cracking.

The tomato is Brandyfred, one of several dwarf tomatoes I’m growing from the Dwarf Tomato Project. Its name gives a glimpse into its parentage, which includes one of my favorite tomatoes, Brandywine. I’ve been picking cherry and so-called cocktail tomatoes for a couple weeks, but this big guy is a real tomato. And by “real” I mean, of course, suitable for that highest of callings for a tomato: the centerpiece of a BLT.

I’ll be honest, it’s not been a great year in the vegetable garden. The peas were eating repeatedly by rabbits and then by slugs and then by who knows what. I know what it wasn’t, which is me. The kale was similarly decimated. The potatoes are minuscule, although flavorful in the way that only homegrown potatoes can be. But I’d say for the $30 I spent on seed potatoes and shipping, I got approximately one bag of potatoes. So I’m down about $27 on that.

The peppers don’t seem great and the onions are a lot less prolific than last year. (I’m still sold on the multisowing technique, but maybe I planted more last year.)

The lettuce grew well and another sowing has been done for the cooler weather, the garlic harvest was good, and the cucumbers are pretty good. The herbs are doing great and I have great hope for the winter squash, although so far we’ve had ONE zucchini despite a very healthy plant. Have you ever heard of such a thing? It’s absurd.

The tomatoes looked great until about a two weeks ago and since then there’s been leaf spot and I think late blight. I just keep cutting diseased leaves off and hoping for the best.

I have no explanation for the state of the garden. The fact is, I was late planting and that’s on me. I’m making notes for next year and I’m hell bent on prioritizing the veg garden during the crucial planting times.

So it’s been a mixed bag (so far, I just planted some things for a late harvest last weekend so we can still salvage this thing). But if a perfect, big tomato were to emerge from that garden, well, then this summer’s garden moves decisively to the success column.

That’s a lot of pressure on one tomato, but it’s got bacon as a backup.

bacon tomato veg garden vegetable garden
by Erin @ The Impatient Gardener
16 Comments
previous post: The best (and worst) new seed-grown annuals
next post: The Plant Deflopper 4000X is on the way to save the day