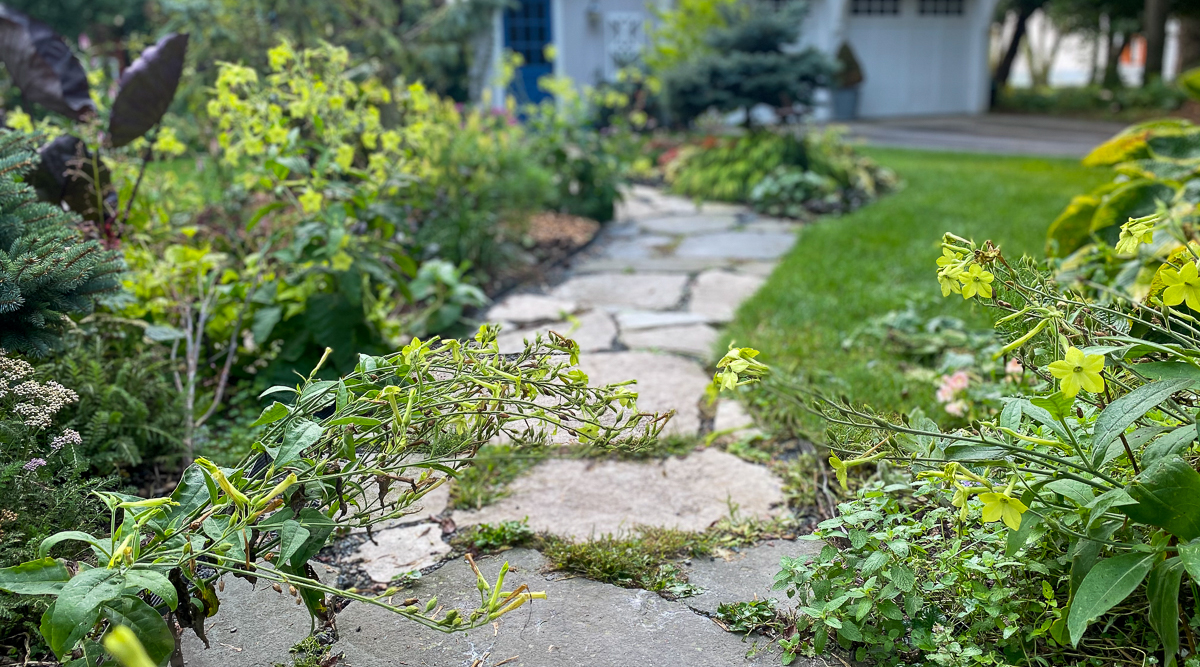 Longtime readers will know that that we have a pretty clear delineation of yard duties around here. I manage the garden and Mr. Much More Patient handles the lawn. So it’s rare when he weighs in on garden-related matters.

But the other day he very carefully suggested that floppy plants were becoming an issue in his part of the yard. This suggestion was followed by several further side mentions in the middle of otherwise unrelated conversations.

Me: “What should we have for dinner?”

Mr. MMP: “How about not floppy plants?”

Perhaps this suggestion is borne from his idea for a lawn mower attachment that would lift up plants that have flopped over as it goes by. It’s still in the conceptual stage, but imagine an oarlike lever attached to a riding mower that would scoop up plants laying over the lawn and hold them up while the mower slides under them.

We can’t quite figure out how the mechanics would work after the initial lifting-up phase, however, and I keep envisioning the disaster that could ensue when a mower fitted with such an attachment went downhill, spearing the lawn ahead and causing the mower to pitchpole, sending its rider flying through the air, and depositing him on my favorite dahlias. 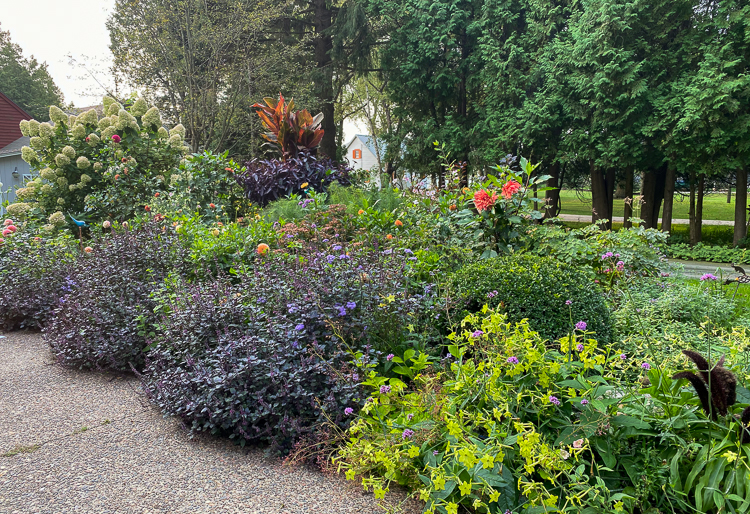 Mr. Much More Patient has suggested that it might be easier to de-flop the offending plants while design phase of this invention continues. I’ll admit, he has a point. At this time of year both the garden and the gardener are tired. What’s the point of staking something that is destined for the compost pile in a matter of weeks? Even the plants are a bit tired. The ‘Wild Magic’ basil, which I grow strictly for its gorgeous purple foliage and matching flowers, has been gradually relaxing, to the point where the patio seems to be about two-thirds of its normal size.

Meanwhile, self-sown Nicotiana plants on the edges of a flagstone and gravel path to the garage are hovering at a gravity-defying 45-degree angle, making stepping over them slightly easier than walking around them. 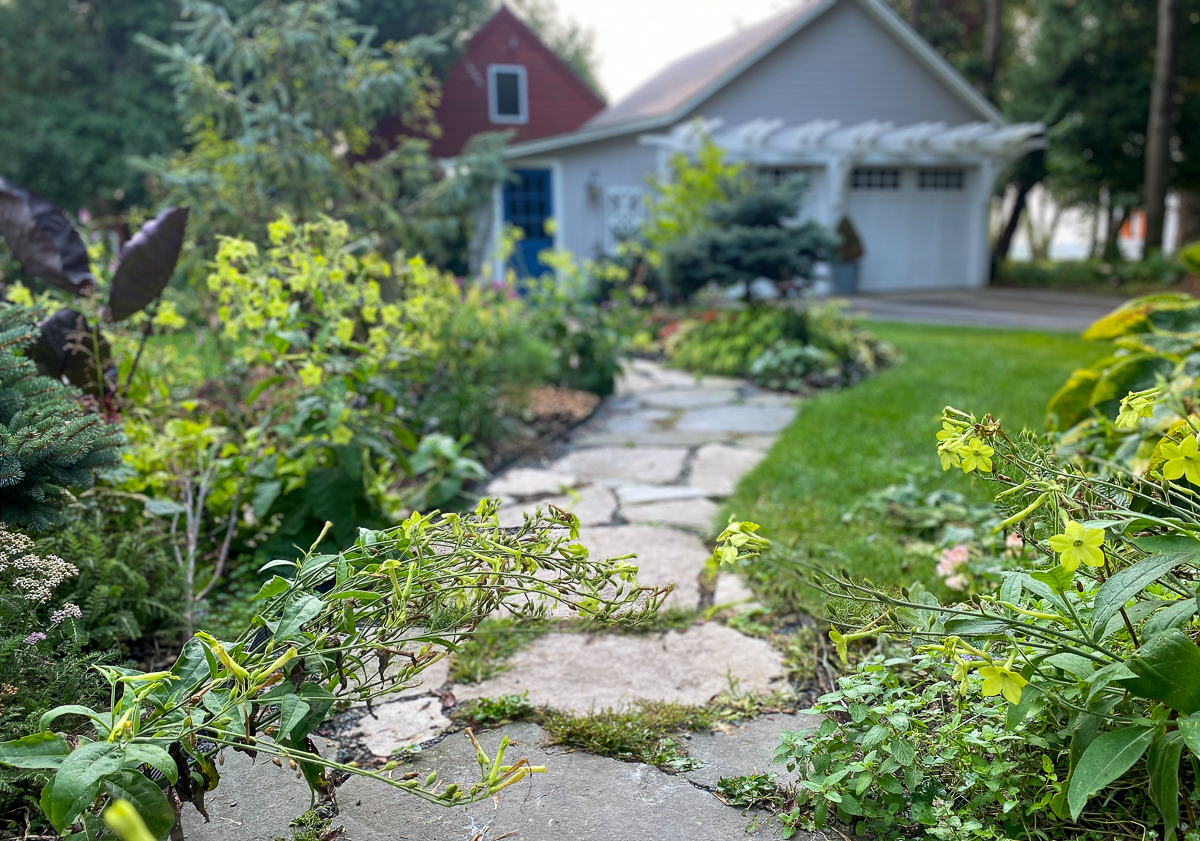 I appreciate some floppage in the garden. It loosens everything up and wards off any propensity towards formality, or at least balances out the more formal aspects of the garden. I like it when plants mingle with one another, creating a web of color and texture.

But even I have a limit to how much flopping I can handle. The next time I find myself caught around the ankles by an errant Nicotiana, I’m going to rip it out on the spot (they are mostly bloomed out by now anyway). And, in the spirit of garden harmony, I’ll even trim back the plants that have draped themselves over the lawn.

That should do until the prototype of the Plant Deflopper 4000X is available.

basil lawn mower nicotiana plant deflopper
by Erin @ The Impatient Gardener
10 Comments
previous post: The success or failure of this garden comes down to one tomato
next post: My top 5 dahlias (for now)