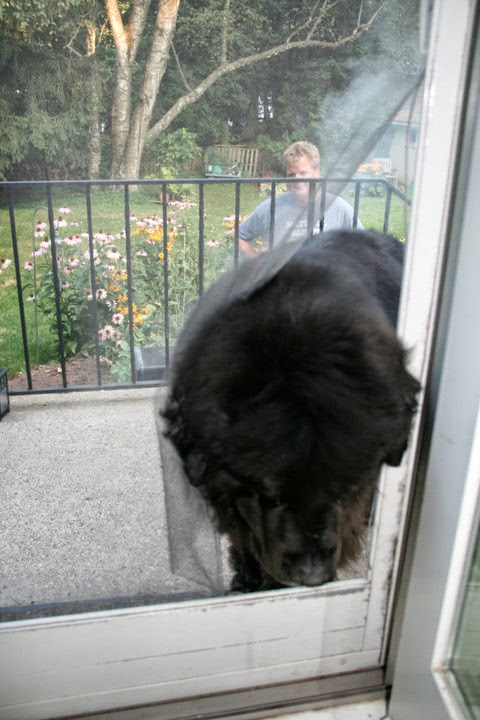 What is the sound of summer? Is it the song of birds singing early in the morning? Waves crashing on the shore? Wind rustling through ornamental grasses?

For me, the sound of summer is the squeak of a tight spring followed by the slap of a screen door. I’m certain that it’s a sound that has probably driven many a mother, including mine, crazy. When we were kids we ran in and out of the back screen door thousands of times in a summer and every single time, we’d just let it slap closed behind us, no matter how much my mom would ask us to close it gently.

And it’s a sound I’ve been missing for a long time.

When we bought our house, the screen door on the back door that goes into the kitchen was one that obviously came with the door. It had a metal frame that matched the door perfectly, and one large screen. It was on a compression closing system so you would never hear it close. It was probably expensive and it was probably perfectly fitting for someone else. I always hated it.

There were other problems with it as well. It didn’t take too long to realize that it rarely closed all the way and the cat (who came from the shelter having been declawed on all four feet, so she has to stay indoors) figured that out quickly too. And our Newfoundland Rita also learned quickly that if she pushed hard enough on the frame of the door it would bend enough to pop the door open.

And then our dearly departed Newf Hudson started pawing the screen to get back into the house, usually pulling the screen out in a corner. And once that was started, he realized there was no reason to bother asking someone to open the door because he could just walk right through the screen.

To our animals (and, I suppose, the bugs) the screen door was more of a suggestion than a door.

This spring I finally got my wish. I don’t know if we have an odd-sized door of if Anderson purposely made the screen door measurements a little weird so that you would be forced to buy one of their doors, but none of the wood screens I found at big box stores would fit, even with some trimming. I searched the Internet (you would not believe what some people charge for screen doors) and finally found one in the realm of affordability. This company had several styles and we opted for one with horizontal braces at the bottom half to keep certain animals from attempting to walk through the screen.

We didn’t measure perfectly, so we ended up having to trim it a touch, but it was easy to paint. We went with the same black as the back door on the inside and Wythe Blue on the outside, which matches the door on the garage. The good thing with screen doors is that I think you have a bit more latitude to go a little crazy with color and they are pretty easy to repaint over winter if you want to change it up. 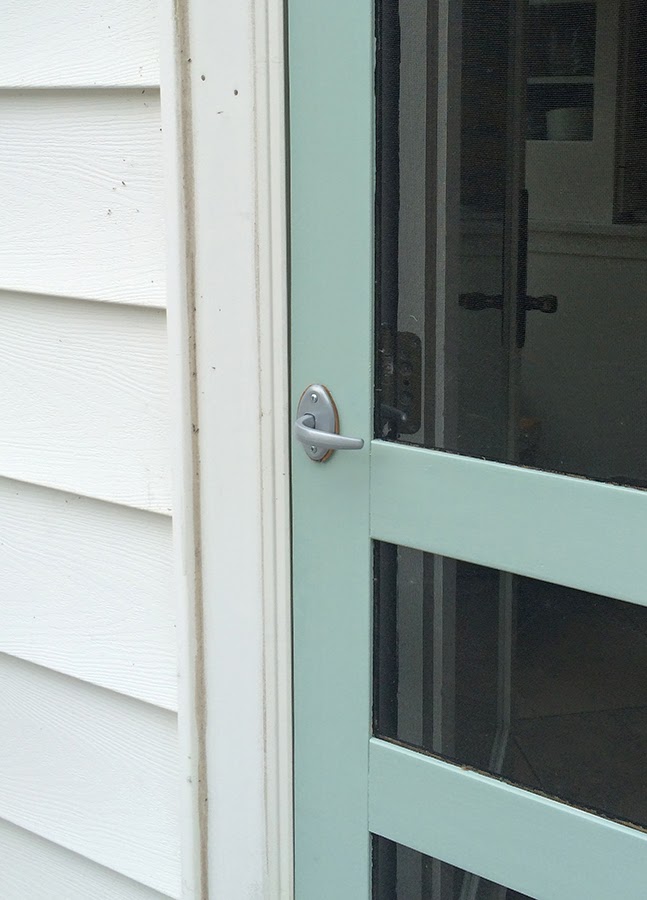 It took forever to find what they call a push-pull latch for the door, which is what I believe belongs on a proper screen door (not these fancy push button affairs). The friendly (but ill-informed) people at Home Depot swore up and down that “They don’t make those anymore,” but I was able to locate one for $7 on Amazon. We just reused the hinges from the old door rather than mess around with trying to fit new ones and that worked fine.

So now we have a proper screen door. Hear that slap? Ah, music to my ears.