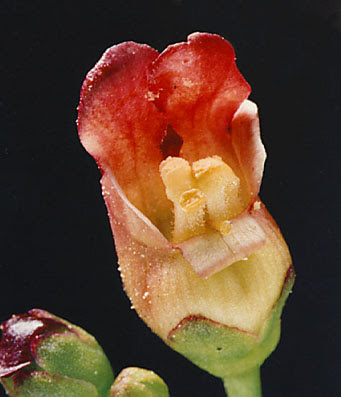 Before I left a couple weeks ago an exciting mystery was solved. Reader Carol Y identified the mystery plant!

To back up a little, you might recall that I found three mystery plants, planted in about a triangle as though they were put there purposely, in the garden this spring. Since I had a vague recollection that that was where I planted some Agastache last year, I let them grow. But as they continued to grow taller and taller, and then ultimately bloomed, it became clear it was nothing I had put there purposely.

I thought I had been through every weed and wildflower identifier there was. I studied just about every kind of plant you might find in southeastern Wisconsin.

Well it’s a darn good thing that Carol came along, but otherwise this mystery might have never been solved. Turns out I was looking for plants from the wrong state. I should have been looking for something from California.

I know you are totally perplexed now, but fortunately Carol was good enough to even send me a link to a “Guide to Wildflowers of San Francisco.” Not exactly the first place I would have looked.

Turns out my mystery plant was Scrophularia californica, aka Bee Plant and California figwort.

Here’s what various websites have to say about it:

“Rank perennial 3-6′ tall. Foliage attracts more attention than the many, tiny maroon flowers that bees like. Flowers have fused petals forming a cup with the 2 upper lips extending outward. Leaves are opposite, 2-4″ long, toothed and grow along a square stem. Moist areas in brush and woods; many communities February-July.”

“Scrophularia californica, a dicot, is a perennial herb that is native to California and is found only slightly beyond California borders.”

OK, I know you’re thinking that Carol and I have lost our noodles, because clearly this plant has no business being outside of California, much less half a country away in Wisconsin.

But check out the photos.

These are photos from the web of Scrophularia californica.

And here are photos of my mystery plant. 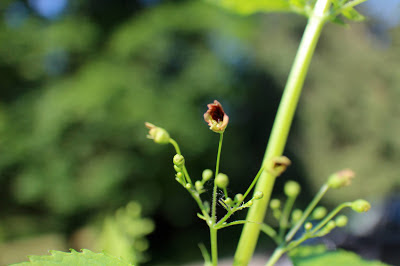 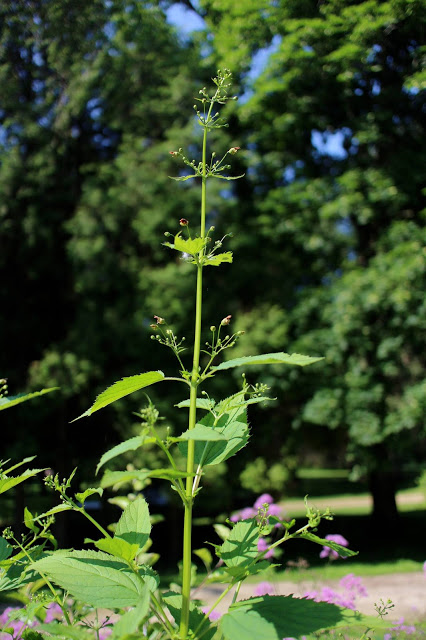 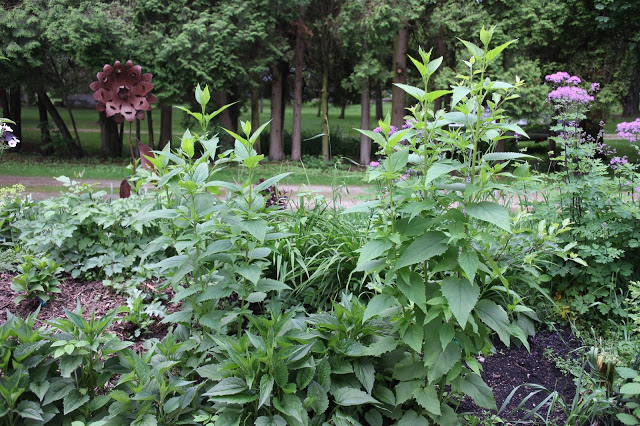 There is no doubt in my mind that it is the same plant. Once Carol figured out what it was, it didn’t take me too long to figure out how a wildflower from California ended up in my garden.

Remember the great ‘Family Jewels’ plant from last year? I bought that and some Verbena bonariensis from the only online nursery I could find them at: Annie’s Annuals. Located in … Richmond, California.

I planted both those plants in that garden, just feet away from where the mystery plant popped up, so I’m certain there was a rider that came with them. Hence how Scrophularia californica ended up in my Wisconsin garden.