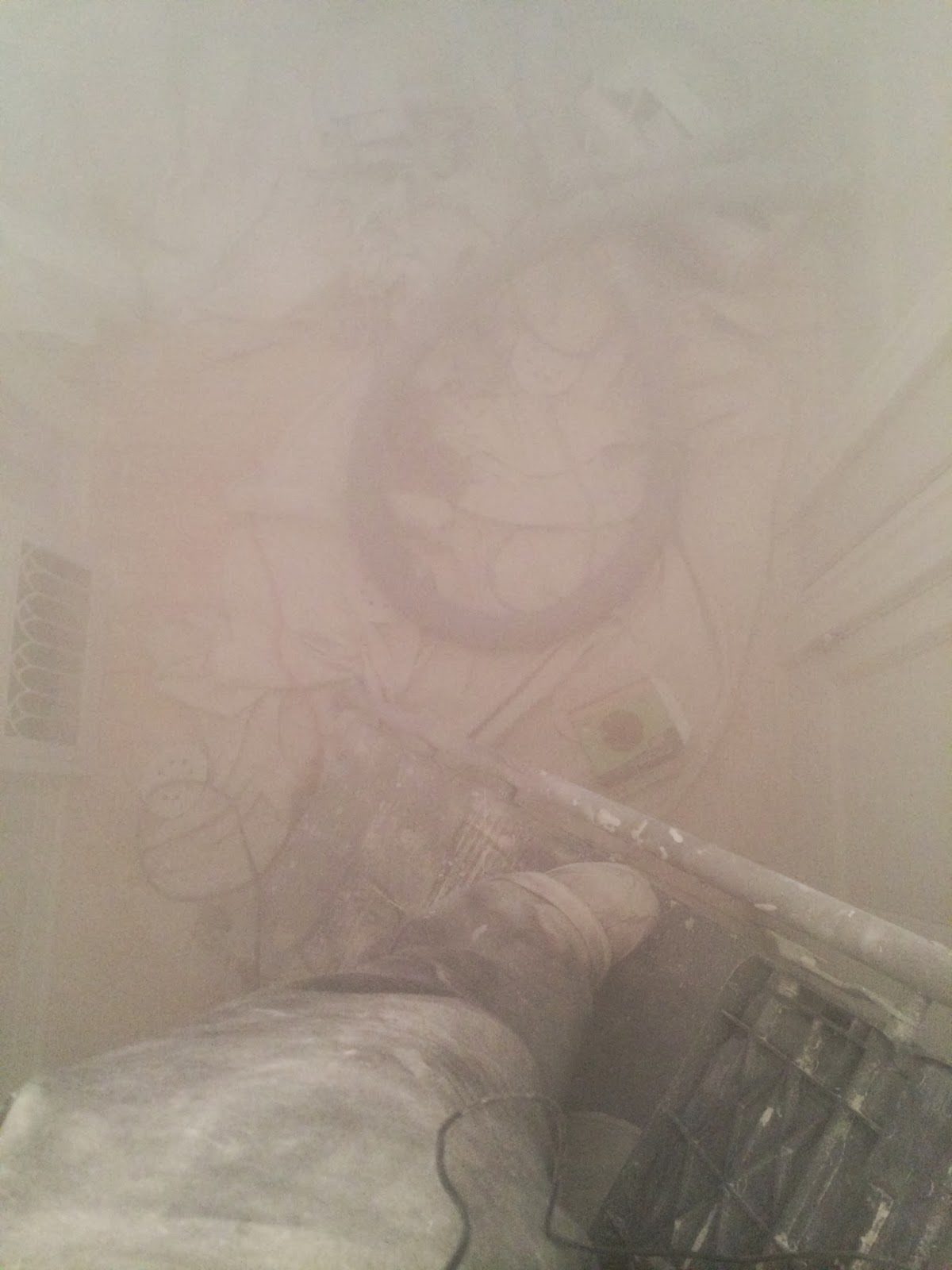 I wanted to lay around and do pretty much nothing this weekend. The gravitational pull of the couch was particularly strong, so it’s a good thing I published that to-do list last week. There’s nothing like having to have something to write about on a blog to keep you honest.

Maybe I’m a glutton for punishment, but I tackled the ugliest item on that list: those damn hallway walls.

I knew sanding the texture—created with massive amounts of joint compound—off the walls in the hallway was going to be an ugly job. But some jobs just stink so much you can’t properly prepare yourself for them.

I taped off all entryways (amazingly there are four in that hallway), put a drywall bag in the shopvac, donned the respirator (and looked really, really hard for work goggles to no avail), tied a scarf around my head and went at that wall with the belt sander. And 80 tons of superfine drywall dust was released into the air.

There were a few areas where I had to use the smaller sander, which was far less efficient and there are two skinnier areas where no power sander will fit, so I have to figure out how to deal with that.

Unfortunately, it’s not like I got the wall perfectly flat and smooth, so I’ll have to skim coat the walls, which is a bit nerve-wracking because I get the impression that drywall texture is one of those things that requires a fair bit of skill.

Of course all of that sealing of doorways still didn’t keep that damn dust from getting everywhere, so I’ll be cleaning that up for weeks to come. Even the bedrooms upstairs have a fine layer of dust on them.

And this is how I looked: 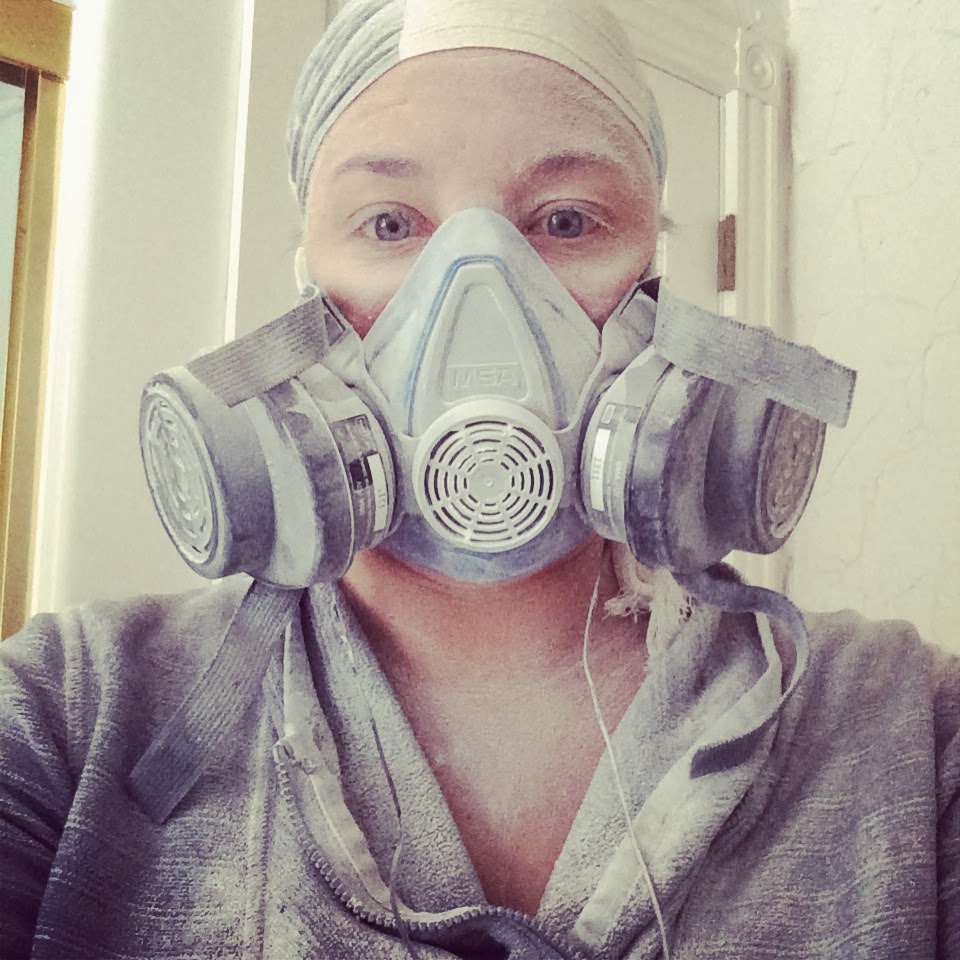 But the whole time I was doing this heinous task I kept wondering what possessed the previous owners to do this to a wall?

I’d love to sit down with all the previous owners of this house and hear what went into all the decisions that make me shake my head. This is a hypothetical conversation, of course, because several previous owners are long since dead, including the cobbler who somebody once told me haunts the basement. I can only assume that he moved out when he saw all our stuff all over the place down there because I’ve never run into him.

At the top of my list to ask about would be the textured walls. I suspect that the renovation that put drywall on the walls (replacing the original plaster) was at least partly DIY and they discovered that applying drywall texture was hard to put on unless you just slathered it on  with a trowel and called it stylish. And I can only assume they were so sick of the project by the end of it that they didn’t think anything of never priming or painting the walls.

I’d also love to hear the thinking behind painting out all the original paneling and the stairs without doing any prep at all, including sanding or priming.

And I’d love to hear about the idea that led to drywalling over the cedar lining in the closets (that we discovered when we demo’d during our renovation).

Of course I don’t think I’m immune to the same kind of questioning. I can envision a future owner of this house (way in the future since I pretty much plan to die here and join the cobbler ghost dude) having a few questions for me, too.