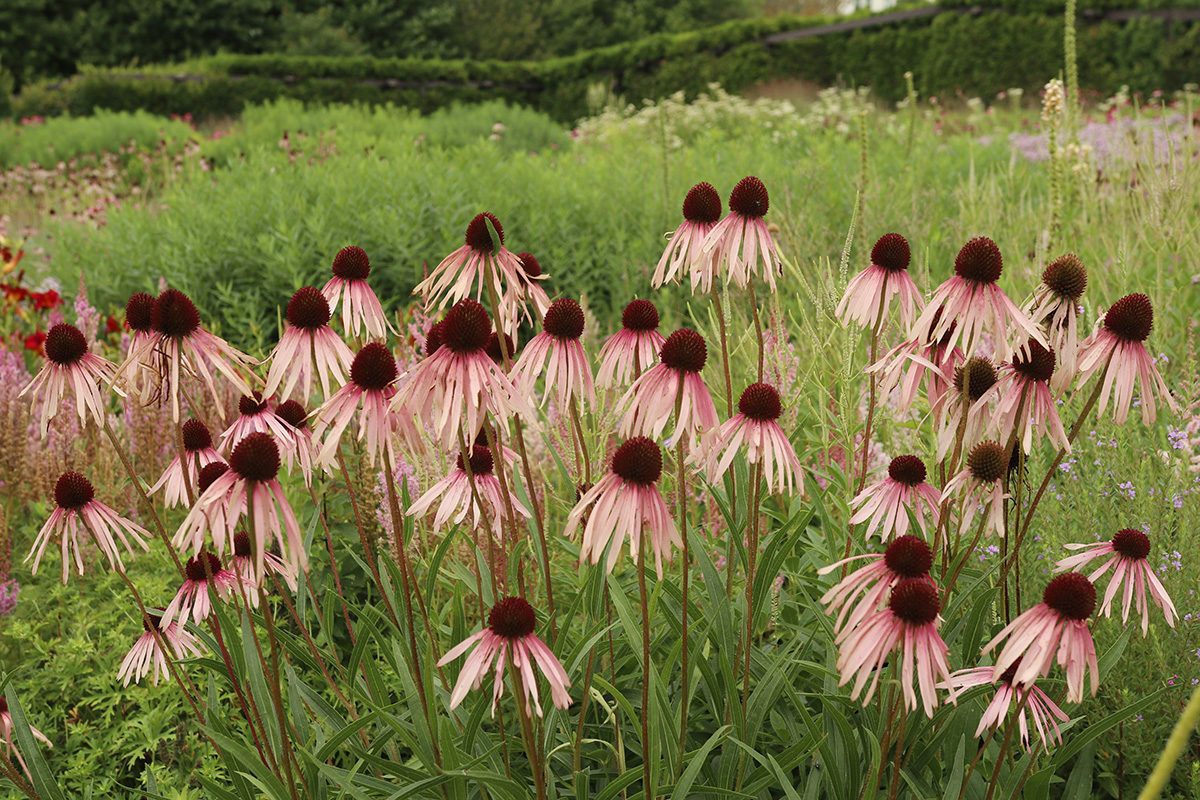 Whenever I’m in Chicago I try to take a stroll through the Lurie Garden in downtown. I realize that the whole point of Piet Oudolf‘s iconic design is that looks great all the time, just in a different way (and in a way that sometimes redefines what looking great means for a garden), but it never fails to amaze me how different the garden is every time I go.

On a quick walkthrough the week before last, the garden looked amazingly lush giving the mid-July date. The salvia “river” the garden is famous for had long gone over, but the rattlesnake master (Eryngium yuccifolium) was taking center stage along with a host of backup players. 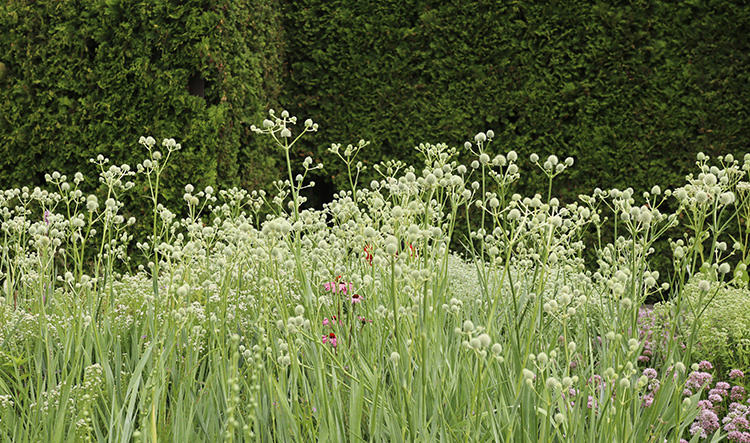 Rattlesnake master (Eryngium yuccifolium) stands against a backdrop of a dark green hedge. 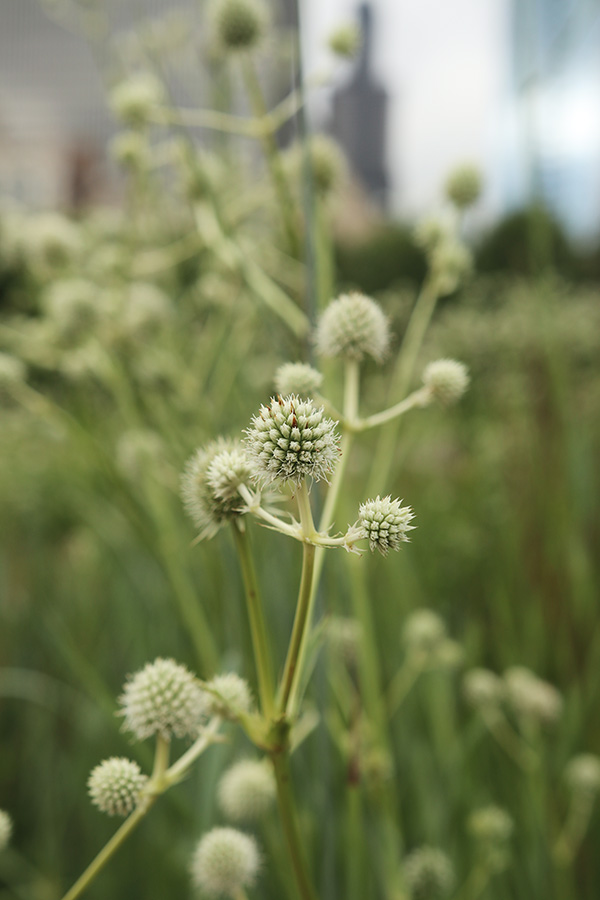 A closeup of rattlesnake master. 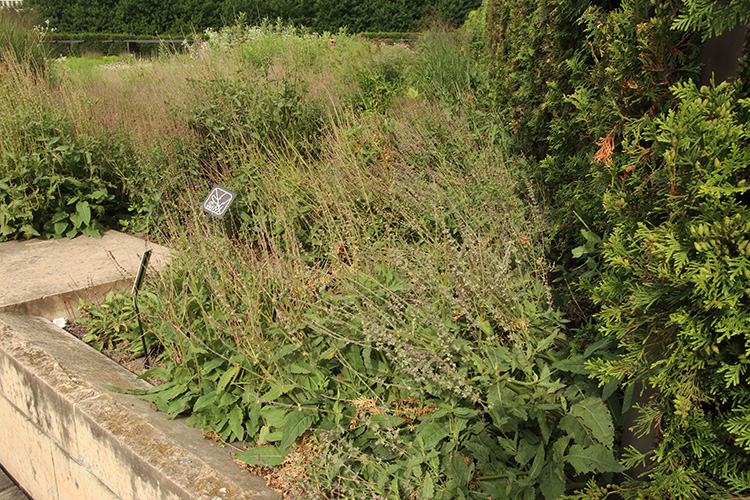 If you aren’t familiar with the concept of the Lurie Garden (and most of Piet Oudolf’s designs), seeing the spent flowers of Salvia ‘May Night’ in the garden might be a bit off-putting. But these plants, along with the entire garden, will be cut back in one fell swoop in late winter.

Coneflowers, too, were making their annual debut. I used to think the droopy petals of Echinacea pallida were a little depressing. Now I love the shuttlecock look of this coneflower and recently added several to my garden. 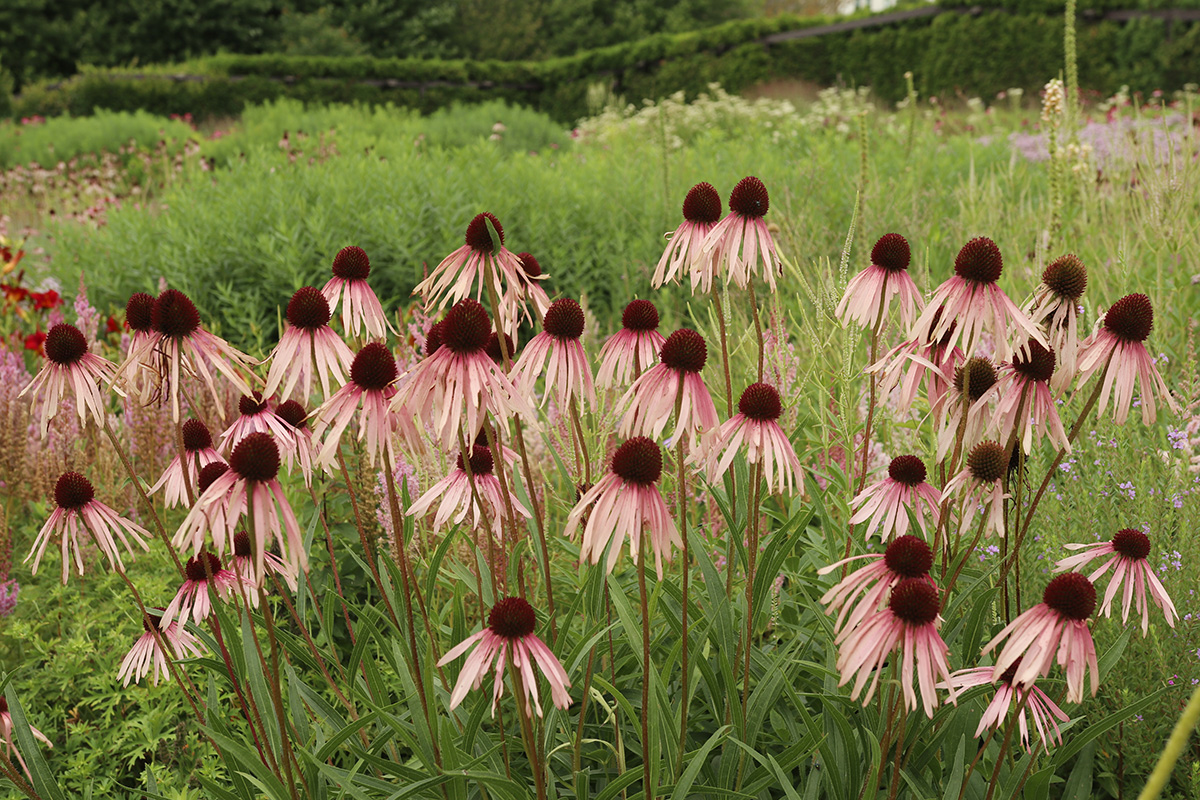 Echinacea pallida in its prime.

I love the juxtaposition of the natural garden against the city’s buildings. 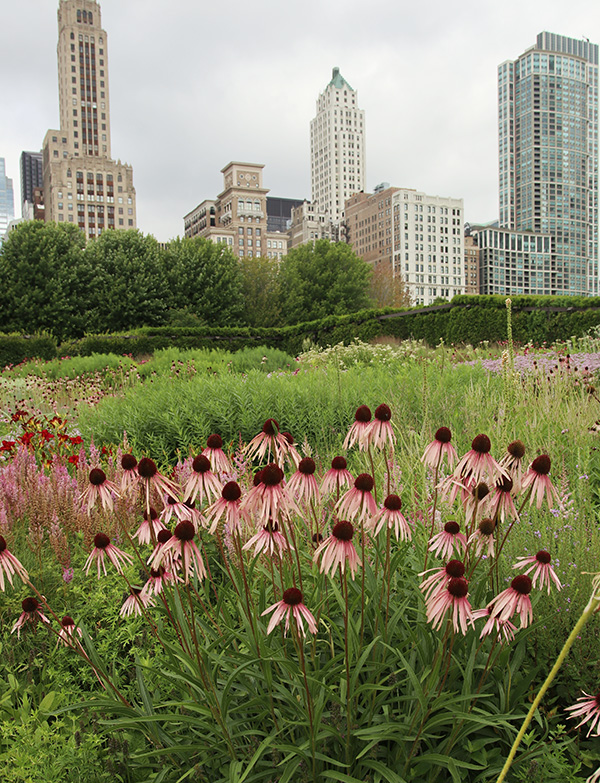 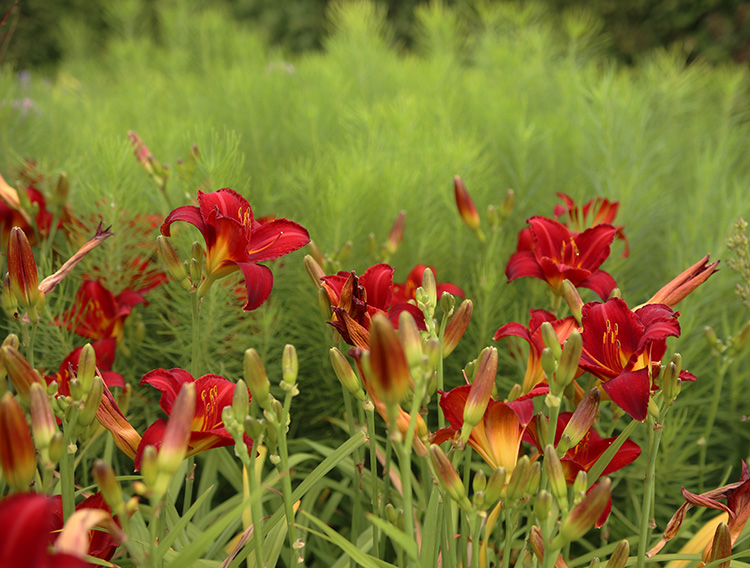 The entire garden weaves together in an undulating tapestry. 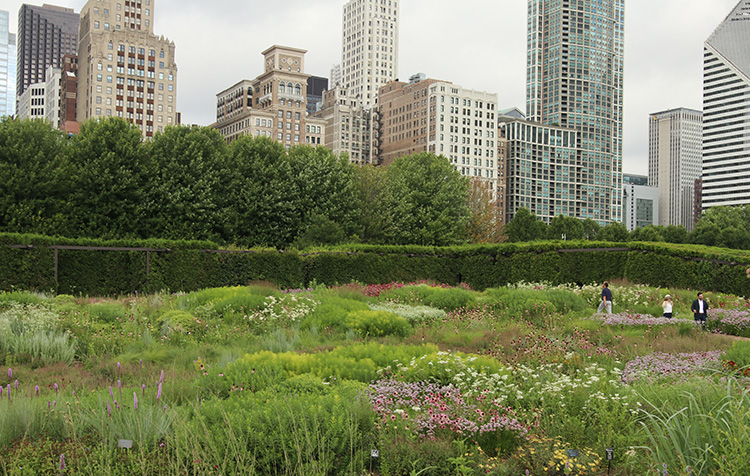 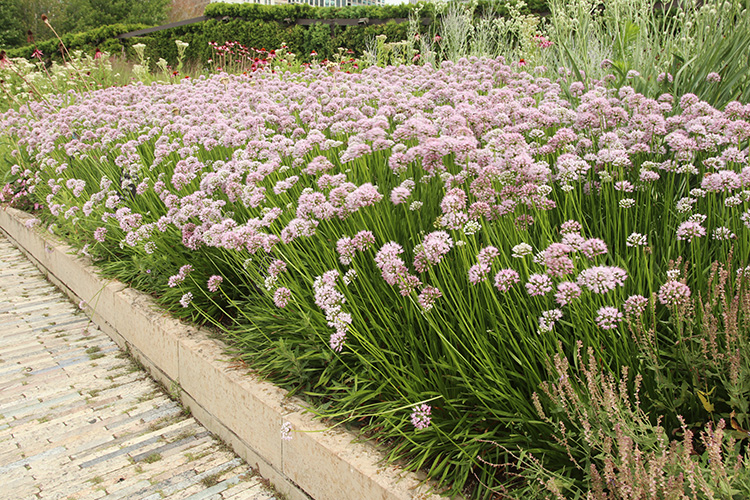 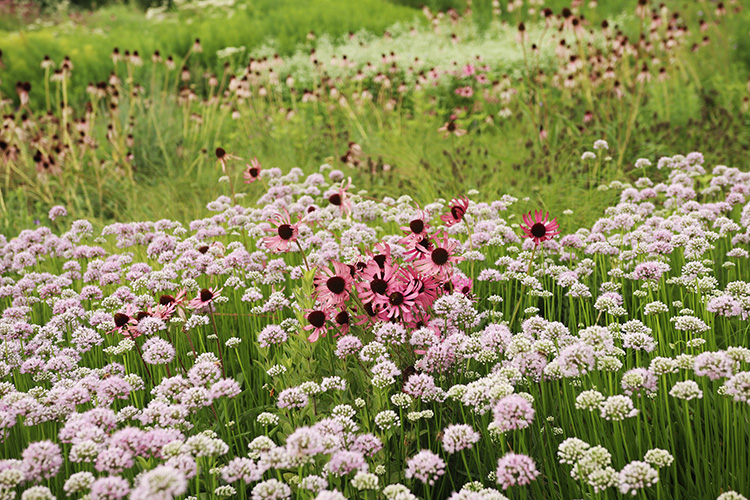 I always leave the Lurie Garden with an idea of something I’d like to add to my own garden and this time it was transpapent moor grass (Molinia littorals ‘Transparent’). I love plants that have movement, but the the see-through nature adds another dimension to the garden. 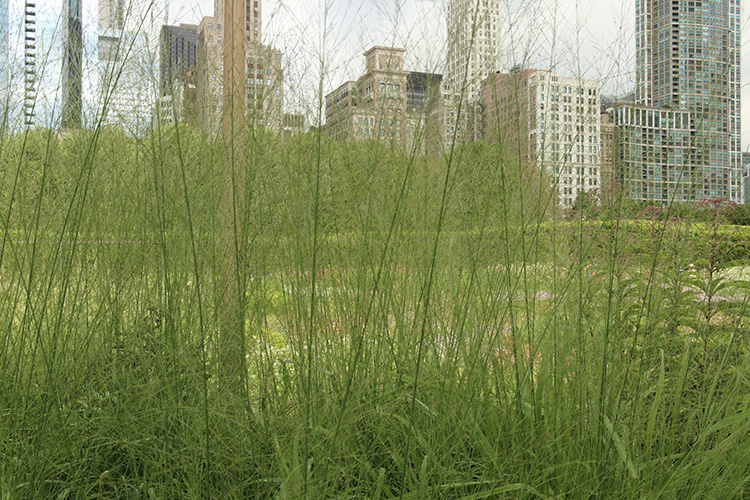 This isn’t the first time I’ve seen mountain mint (Pycnanthemum pilosum), but every time I see it I make a mental note to find a place in my garden where it can be free to spread out a little. 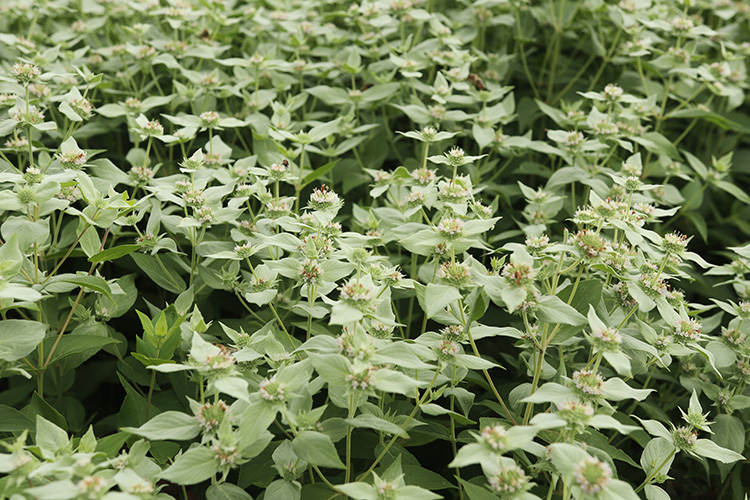 Mountain mint has lovely gray-green foliage that looks, to my eye, even better than the small white flowers it also produces.

I also fell in love with this feathery plant with the dark red stems:  sea lavender. It’s going on my short list as well. 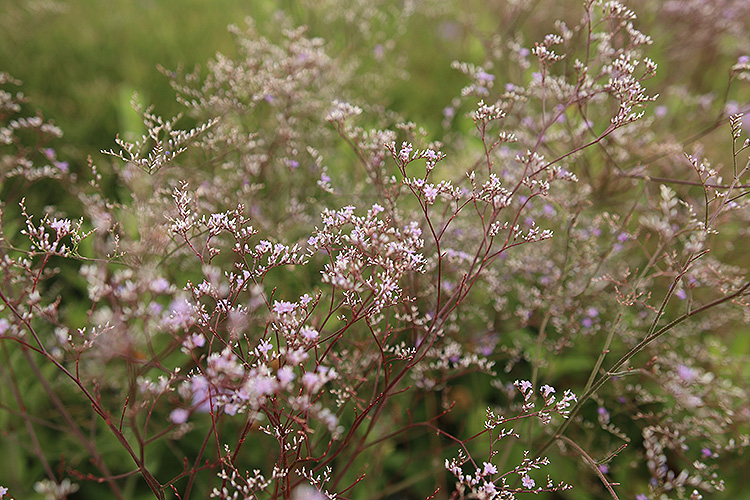 The Lurie Garden is adjacent to Chicago’s Millennium Park, which is a delight all on its own and I admired these Catalpa trees on my way across the wavy metal bridge that leads to the garden. 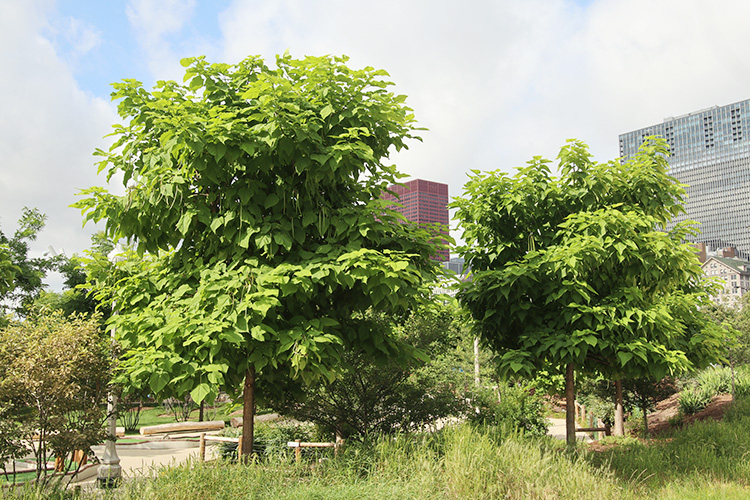 The Lurie Garden has wide paths made of the most wonderful now-aged wood, which manages to reflect the buildings surrounding it and still complement the plants. 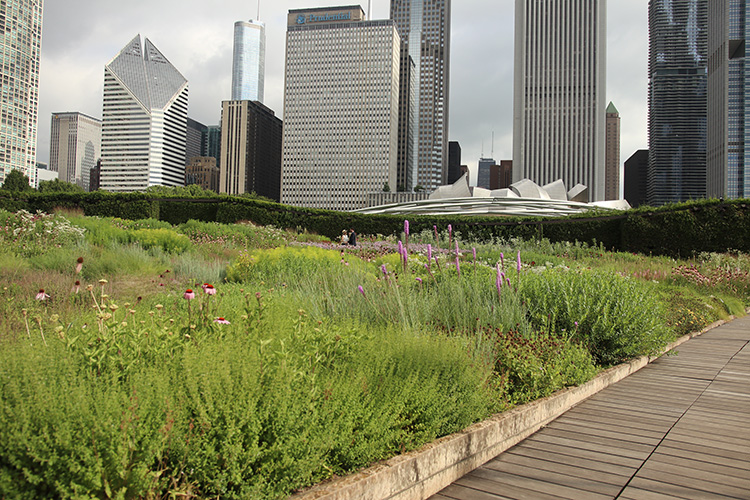 If you find yourself in Chicago, don’t miss the Lurie Garden. It is little treasure in the midst of a bustling metropolis and I guarantee you will take a little something away that will inspire you in your own garden.

chicago garden tour lurie garden
by Erin @ The Impatient Gardener
12 Comments
previous post: What size plant to buy? An observation of shrubs
next post: Plant vs. gardener: A battle of wills