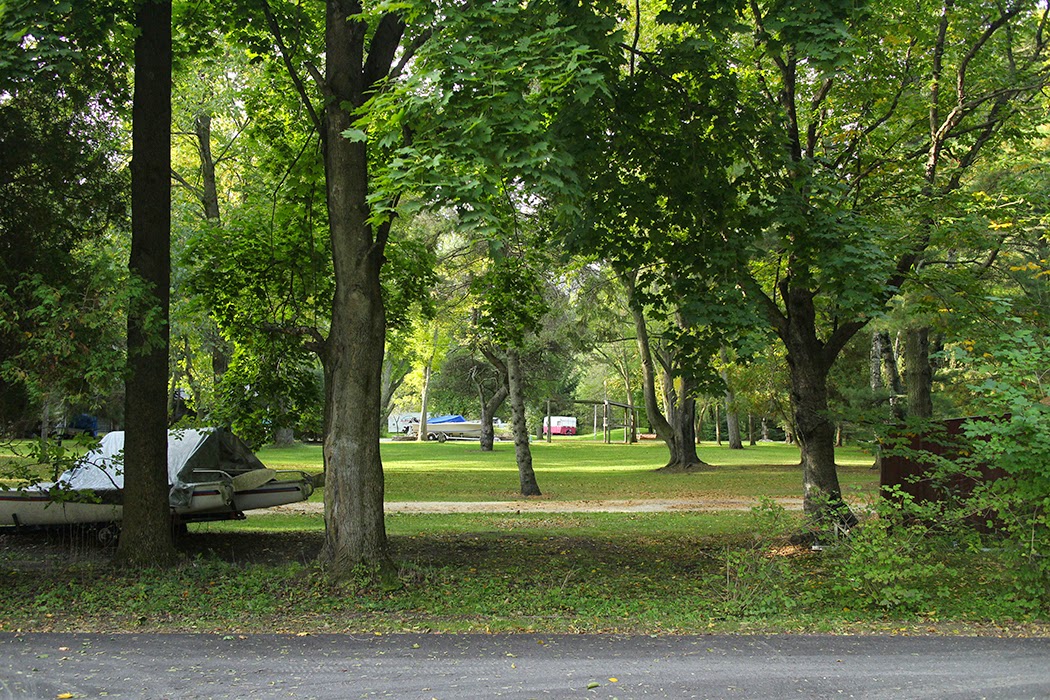 There is plenty of work to be done in the garden at this time of year. Every thing I can do before the garden is put to bed for the winter is one less thing to do come spring. And of course there are other tasks that simply must be done in fall, like planting bulbs.

Still it is difficult to keep from thinking about projects for next year. I can’t be responsible for whatever kind of insanity I might come up with in January (this seems to be when the spark for new garden is ignited), but I have had two ideas rolling around in my head since the middle of summer or longer.

One of them deals with the edge of our property on the far side of the driveway. Our house is pretty secluded and from almost every angle the views are at least broken up, if not blocked, by trees. That’s probably why I’m hypersensitive to areas that feel too open to me, and this is one of them. There is a large gap in the mature trees (at eye level, anyway) on that side of the property, opening up the view to our three neighbors down the road. And to my eye, anyway, it’s not pretty.

There are boats of various levels of usage (some frequently and others that have not seen water in the dozen years we’ve lived here), RVs, trailers, sheds and lots and lots of cars. And for cars or people coming from that end of the road, it’s a clear view straight into our patio and front door. For a person who routinely gardens in her pajamas (you know how this goes: You grab a cup of coffee and go outside, see one weed and 45 minutes later you have pajama pants with muddy knees), this is not optimal.

Growing something there would be great, but because of a very large maple, it’s a very difficult location for much of anything to grow. Several years ago I planted five viburnums there but they’ve not really thrived or accomplished what I put them there to do.

So I’ve been toying with the idea of putting a decorative fence—not something that would completely block the view, but enough to distract the eye—along a portion of the open area. I would start it at the end of a large stand of cedar trees and continue it into a woodsy area toward the end of the driveway. A chunk of fence is a bit odd perhaps, but it’s the best I have at this point.

Before I jump into anything I might do a little playing around with it on Photoshop to get a feel for what it might look like.

What about you; are you already thinking about projects for next summer?