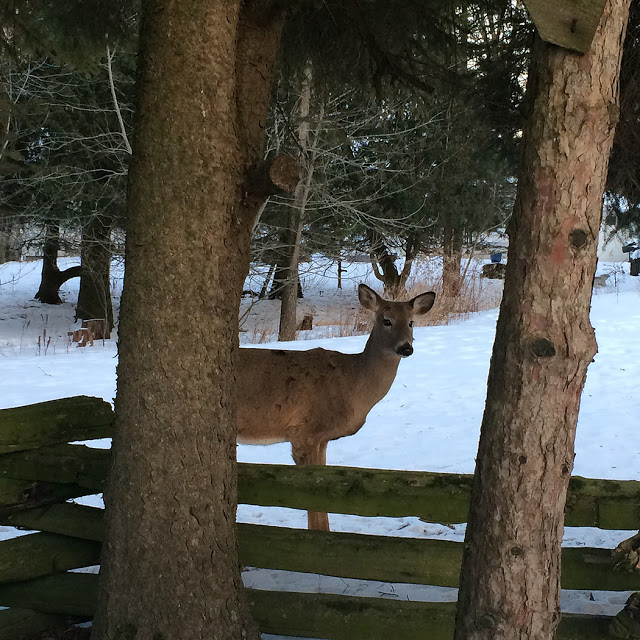 One the biggest challenges gardeners face, particularly in certain parts of the country including the Midwest, is wildlife damage. It is soul crushing when you go to your formerly beautiful garden to find plants mowed down overnight by deer.

There are ways to prevent damage in the first place, and the best, and perhaps only, truly proven method is a tall, sturdy deer fence. But that’s not practical for a lot of people, so we’re left employing various deterrent sprays and homegrown methods to keep the buggers away. Regardless of what method you choose—be it homemade or purchased spray, soap, water sprays, large dogs or maybe water gun—growing deer resistant plants goes a long way toward decreasing the damage.

I say “decreasing” because deer don’t read plant labels very well and they’ve been known to nibble (or worse) on plants that they aren’t supposed to like. A lot of that has to do with how much other food there is, but with deer populations increasing, they seem to be more than happy to pull up to the buffet we provide in our yards.

Our house is a quarter-mile from a state park that is full of deer. Combine that with the rural terrain and it’s safe to say we have a very healthy and large deer population in our neighborhood. When we first bought our house 15 years ago, we’d see groups of three or four deer standing around. Now when they come, there can be dozens. So I’ve gone through the ringer with figuring out which plants they like and which they’ll avoid.

I’ll offer some specific plants suggestions in additional posts, but there are a few characteristics common in plants that deer avoid.

I’m using “scent” instead of “frangrance” not because it’s necessarily a bad smell, but because deer can  and certainly do enjoy plenty of plants with fragrant blooms, including roses (apparently they don’t care about thorns). But plants that have a distinct scent when you crush the leaves seem to be unappetizing to deer. Monarda, nepeta, most herbs, and anything in the onion family, such as chives and ornamental alliums, are off the Bambi menu.

Deer don’t seem to be fans of textured leaves. Fuzzy leaves, such as you find on lamb’s ear (Stachys byzantina) are a no go, but even crinkly-leafed plants fair well around our resident deer. This can include, believe it or not, very thick-leaved crinkly blue hostas, which also happen to be the same hostas that the slugs avoid. Ferns also fall into this category.

I tend to think of spring ephemerals—those plants that disappear and go dormant after they do their thing in spring—as woodland plants, although not all are. For whatever reason such plants seem to avoid the wrath of deer. Bleeding hearts and epimediums come to mind, but there are others, including trillium, but not all trillium. The trilliums that are not native to my area have been tested by deer. They don’t seem to like them, but it’s almost as though they recognize as different from the native trilliums and can’t resist (and then seem to say to their friend, “Ew. Oh my gosh, this is so gross. Taste it!”). I can’t explain why deer don’t like these, but I tend to think, especially in the case of native woodland plants, that we wouldn’t have them around if deer liked to eat them, so they are pretty safe to plant.

This one flummoxes me as well. If you’ve ever watched a deer eat, perhaps as you sat there paralyzed with horror as you watch it eat your enormous hosta, you’ll notice the whole process is reminiscent of how horses eat. And horses eat grass. But for whatever reason, deer avoid ornamental grasses. Sometimes it’s better not to question things and just go with it.

No one has ever given deer credit for being particularly intelligent creatures—although I swear to you the deer in the state park look both ways before they cross the road—but they know when a plant is going to make them really sick. Anything poisonous, including monkshood (Aconitum), castor bean (Ricinus) and daffodils, is pretty much guaranteed to be safe from deer browsing.

Deer are finicky and nothing is certain when it comes to what they will eat if they are very hungry or very lazy, but these characteristics are a good starting place to know what they’ll probably avoid.