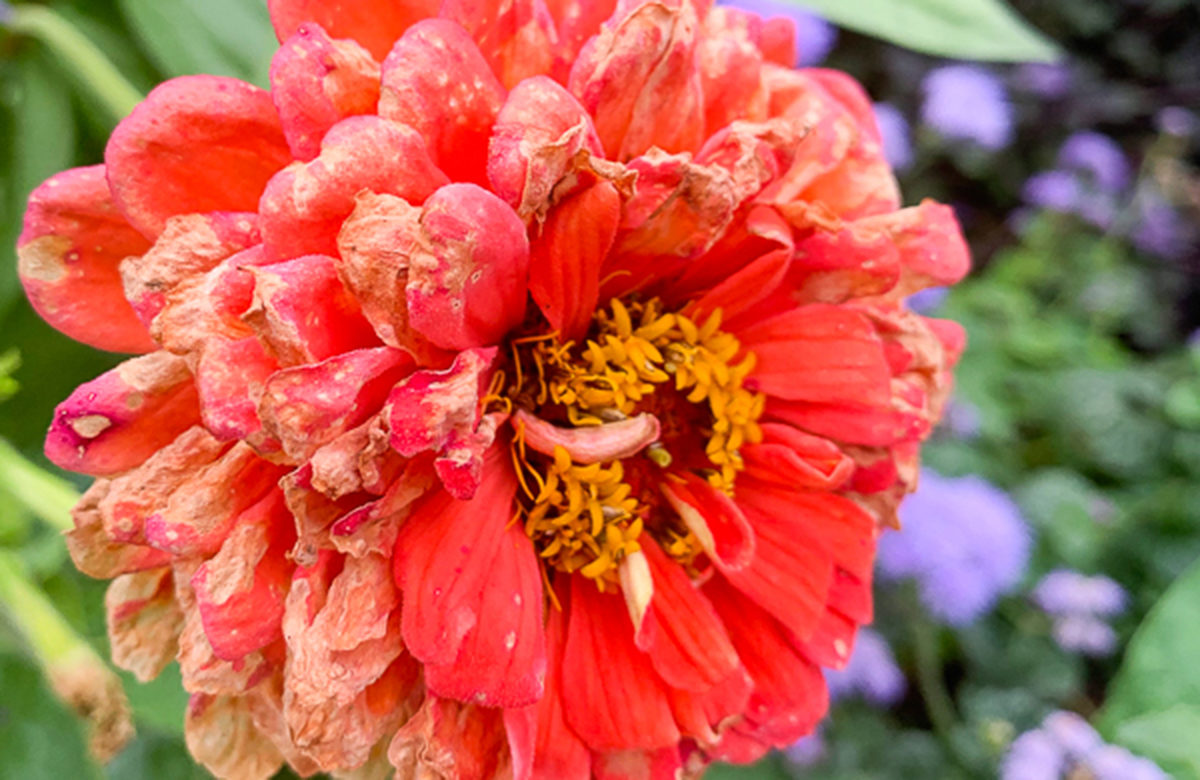 Our weather station temporarily went on the fritz last week when a night of lightning took out the power, but we got somewhere in the neighborhood of 5 inches of rain in about four days. That much rain at this time of year is a recipe for flopped and flattened plants, rot and, well, nothing good.

By the time it was over (I wish I could say say “By the time the sun came out,” but there’s not been much of that either) everything on the edges of the garden was laying on the ground, the petunias were completely limp (is there any more pathetic flower than a wet petunia?) and the poor dahlias were doing their best to defy gravity, with limited success. 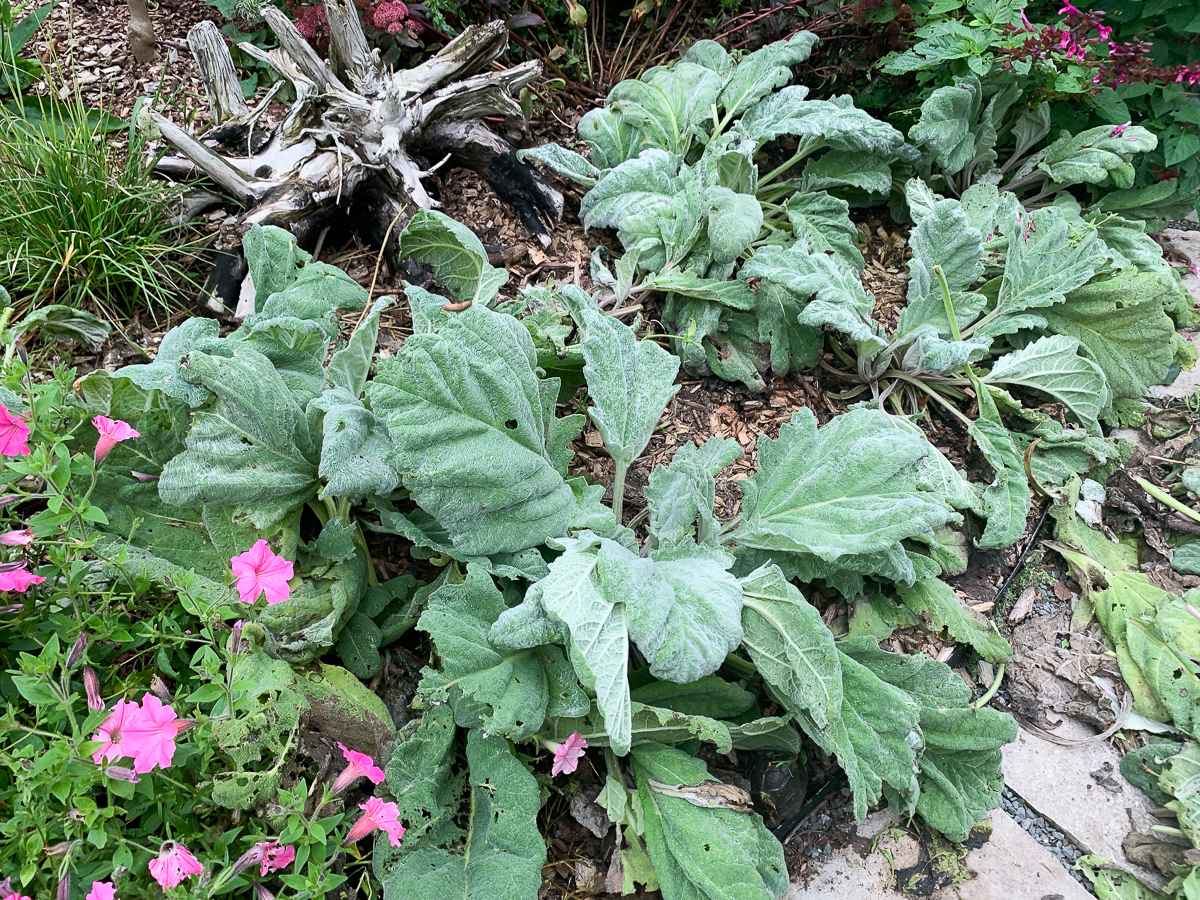 The Salvia argentea (silver sage) has been bulletproof up until this point, but it did not appreciate being that wet. Any leaves on the bottom were turned to absolute mush (see below), but it did look better, if not a bit sparse after it was cleaned up. 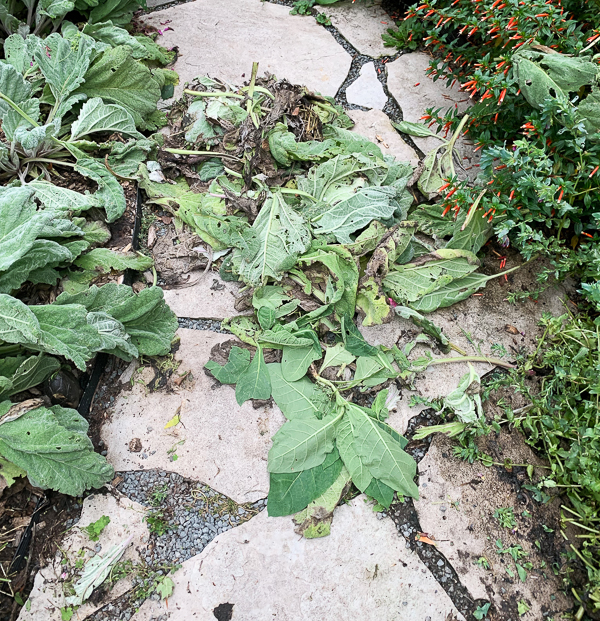 And the idea of going in there and rescuing it all seemed, well, like a lot of work. And I don’t know about you, but at this time of year, I’m tired. The every day, banal garden duties hold very little appeal by September (except for deadheading, which I continue to have an odd affinity for).

I actually looked at the flattened garden for a couple days, contemplating just ripping it out. As much as I’m one to savor every ounce of summer and the growing season, I’m also aware that a huge fall cleanup awaits. 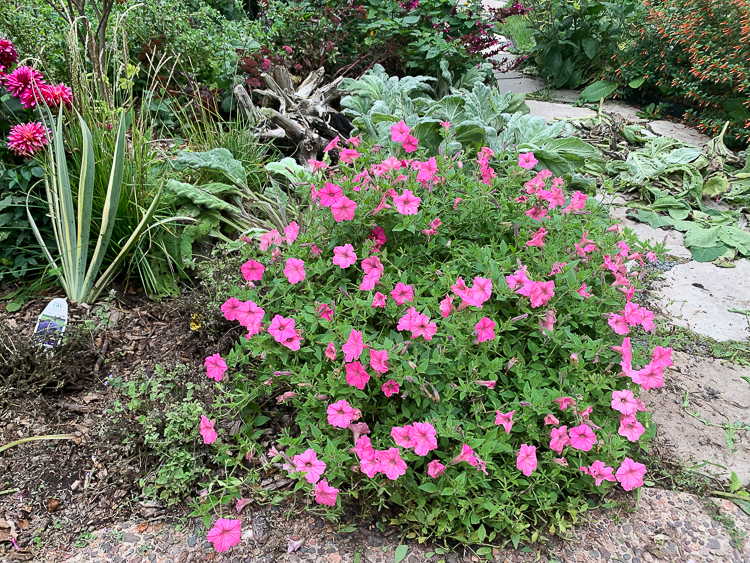 The petunias in the ground may make a little bit of a recover, especially with a small trim back, but those in the containers are probably shot. Petunias can sometimes be redeemed by a good cut back and some fertilizer, but I’m not sure there’s enough time left in the growing season to bother trying. 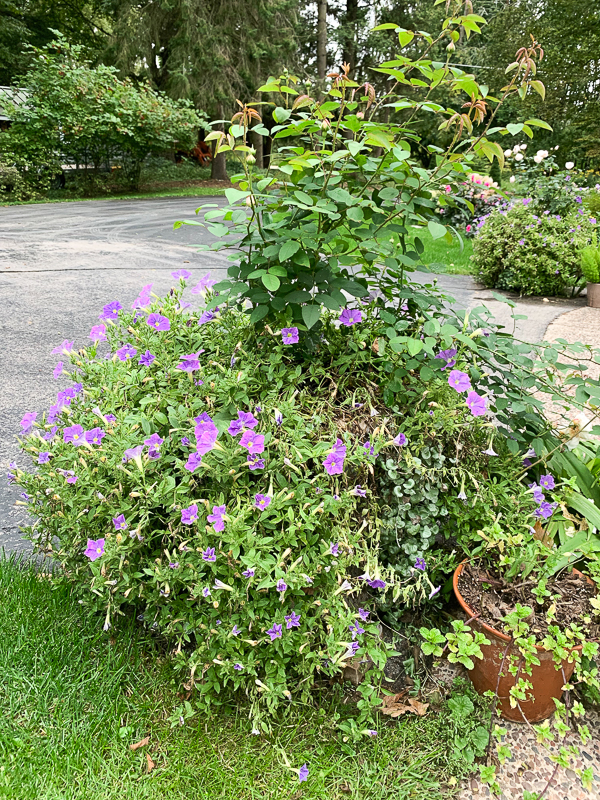 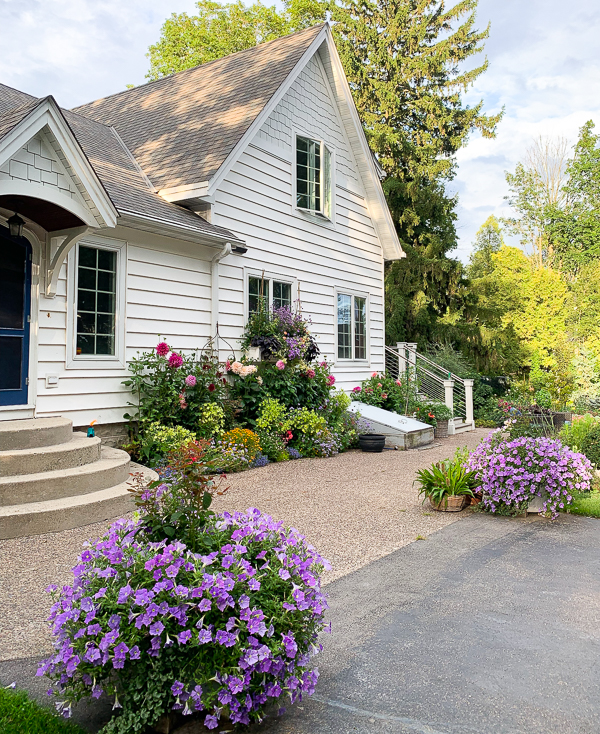 A month ago these containers looked much different.

But you know I didn’t succumb to that urge. I got in there and stood it up, although not very elegantly in some cases. And of course I’m glad I did it. And I actually enjoyed it, just a little. It turns out that sometimes those just-have-to-do-it gardening jobs are good for a little mental break. And engineering how to stand a flopped garden back up again with bamboo canes and twine doesn’t allow for the busyness of everyday life to interfere. 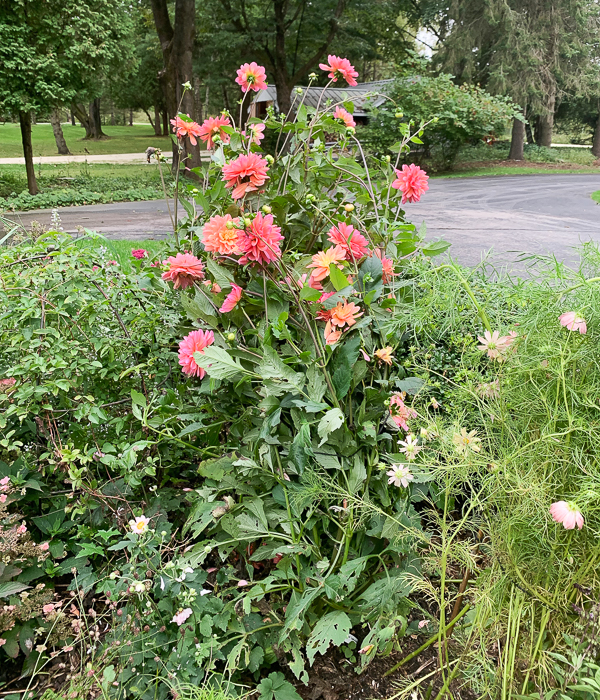 This is perhaps the worst staking job I’ve ever done, but at least the ‘Great Silence’ dahlia is now upright. The three plants in this area (now combined into one) had been individually staked but they got so heavy the twine supported them broke.

So the garden lives to fight another day, and so does the gardener. But the petunias, well, those seem unlikely to recover and their days truly are numbered. Hey, they had a good run. 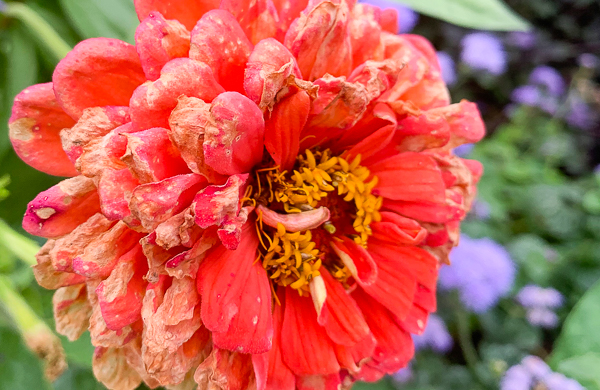 Even this tough zinnia succumbed to the sogginess brought on by way too much rain.