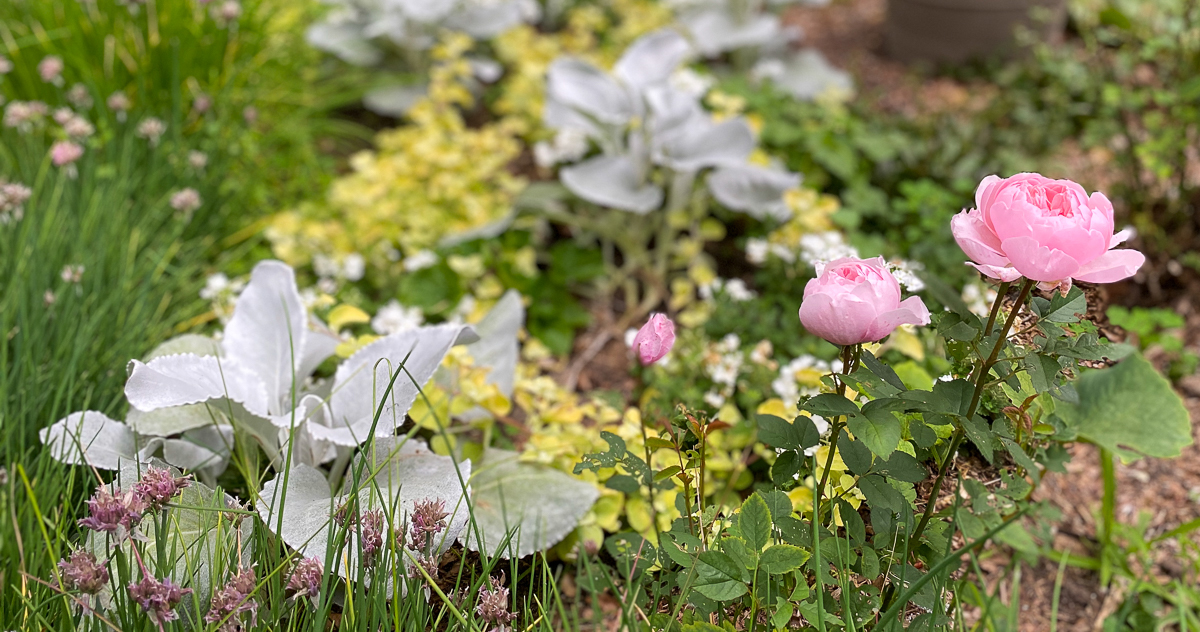 Mr. Much More Patient recently made an observation that painfully spot on.

There was a time in this gardening journey when I used to aim to be more or less finished planting by shortly after Memorial Day. Later, when the sheer volume of plants being put in the ground here got so large that was no longer possible, mid-June became the goal. And these days, well, if most of the plants sitting around in pots are in their summer home by the Fourth of July, well, that’s a good year.

By that measure, this was just barely a good year. Truth be told there are still two dahlias sitting in pots on the front porch steps as I write this. I guess at this point I’m just waiting for something to die to find a place to shoehorn them in.

I was going to count how many plants I plunked the ground this year. Somewhere around 200 I realized I’d never be able to keep track, but between the 800 or so that went in the new garden (don’t be too impressed, most were small plugs), the roughly 100 dahlias and hundreds of annuals and vegetables, I’m certain it was more 1,500 plants. Someone remind me: Never again.

Despite what can only be classified as a significant lapse in judgment in terms of what is reasonable for one gardener to take on, the garden shows little sign of the neglect it suffered while I was busy digging holes.

So, as a means of catching up, here are a few glimpses of what things have been looking like around here.

I planted a few container. This was the urn that sits in the middle of the garden shortly after planting, but I loved the addition of the nearby alliums in this photo. 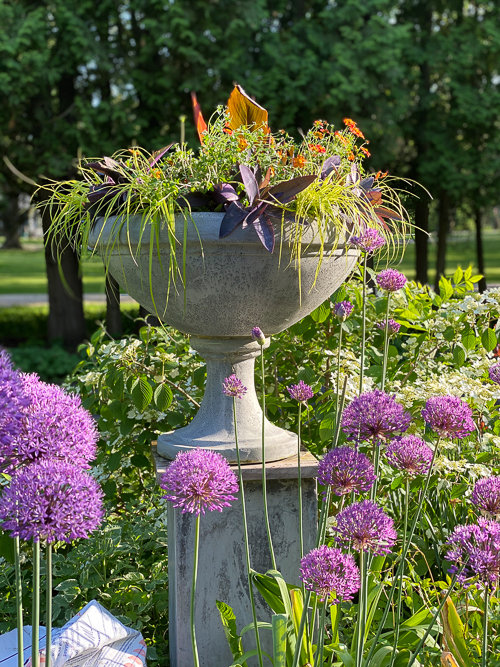 All that panic sowing I did this winter meant that a lot of containers around here include annuals grown from seed. The disadvantage of that approach is that they were not nearly as mature as the annuals I purchased, so patience is required. This container, inspired by a Deborah Silver design, is full of four kinds of seed-grown Nicotiana surrounded by a blue (purple?) petunia and verbena. Check out the climbing hydrangea in the background. It was especially good this year. 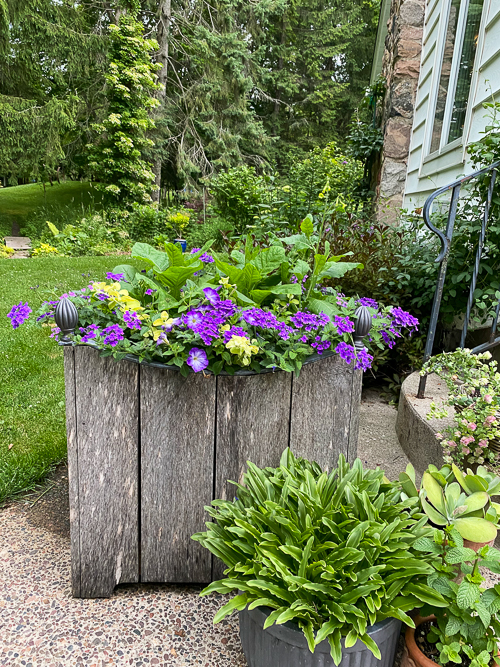 I had some fun with the circle garden this year. Instead of mass planting each segment a did plant groupings in some of the larger segments. In this one I used Senecio ‘Angel Wings’, lemon licorice plant and a white verbena. The nearby segments are planted with rhubarb and Alnwick David Austin roses. Oh, and the boxwoods in each quarter of the garden have been put into pots. I like the look and I wish I would have done it sooner. I’ve added to my watering chores but they look much better and, most importantly, they are protected from our male dog Odin, who is a professional boxwood killer. 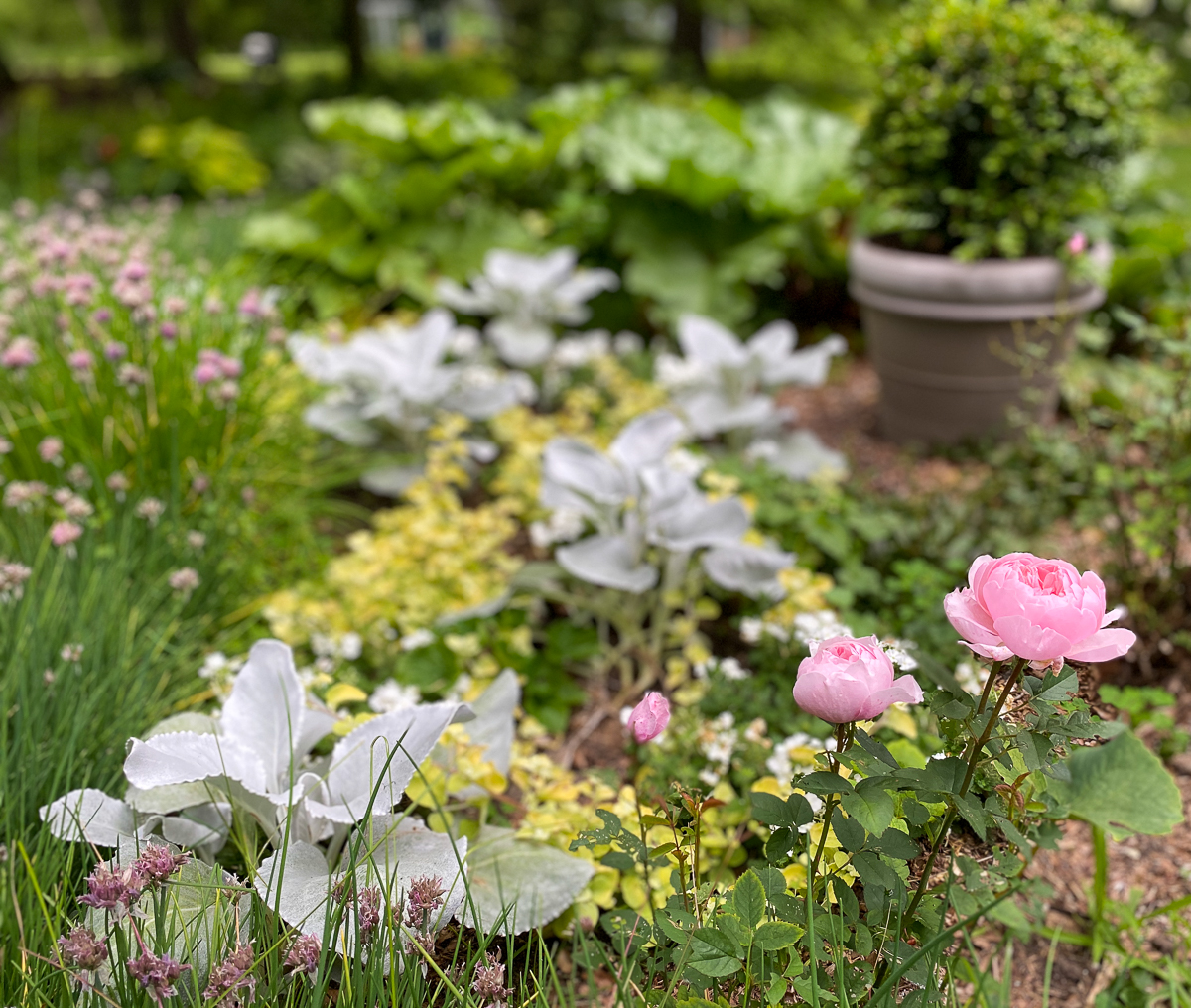 My love-hate relationship with roses continues. Several years ago I swore them off, and then, I walked back and swore off any roses that didn’t have a great scent. What a cop out. I’m weak. But, for me at least, it was a good rose bloom this year. That first big flush of flowers has been better than normal, probably due more to the warm weather than anything I’m doing. ‘Autumn Sunset’ climbing rose is gorgeous and I love it but it’s clear that cane hardiness is going to be a constant problem. But I’m not willing to give up on it.

Sidenote: Check out that ‘Cheer Blue’ delphinium I grew from seed. My god, that color. It’s a new release this year and an All-American Selection. 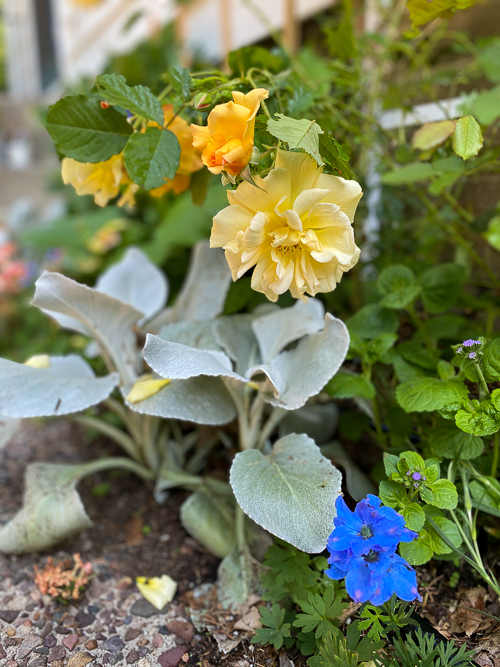 Just when I was questioning (again) why I grow roses, a new one came into my life. ‘Fighting Temeraire’ is a David Austin rose that has just 10 gigantic ruffled petals, the most delicious scent, and has won my heart. I’ve planted it in large containers in the vegetable garden. It will be a true test to see if it overwinters there in the containers (which I’ve lined with board insulation). 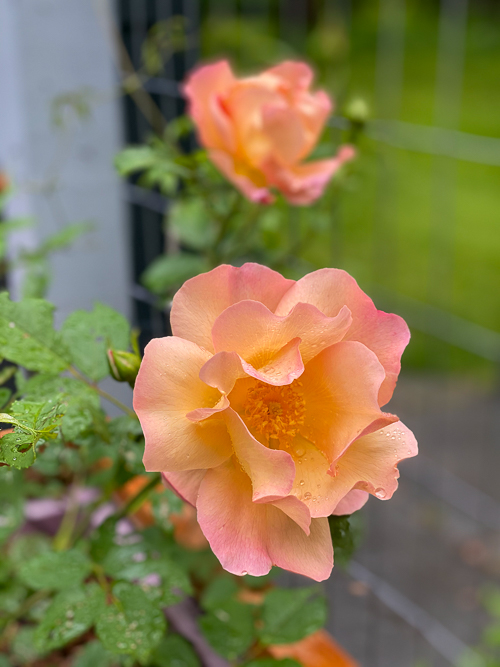 I love ‘Fighting Temeraire’ so much I briefly considered ripping out the Alnwick roses in the circle garden and replacing them. I can’t imagine why I’d bother: The sawfly larvae love them all. 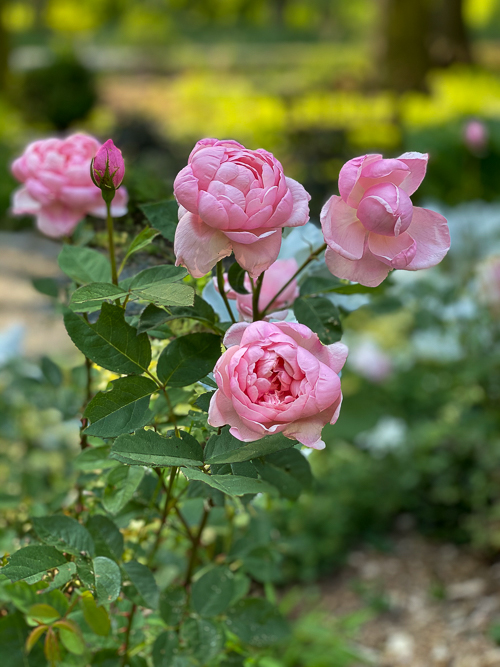 If roses are my love-hate relationship in the garden, then breadseed poppies (which is the nice thing that people call opium poppies these days)  are just the perfect fuss-free children of the garden. I have only had success with them one way: by throwing seed on the ground in January or February or letting them self seed. This year it’s been fun to see how the seeds I’ve been saving from year to year are evolving. You never really know what the next flower is going to look like. I tend to prefer the single flowers over the doubles but this fluffy double was just so wild. I marked it to make sure I collect seed from it later. 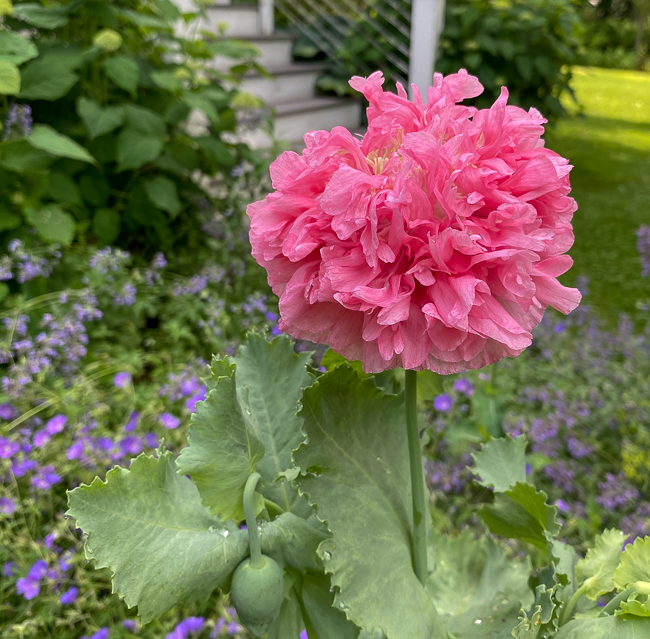 I bought some new purple poppies and a few flowered. I’m a fan of these too. 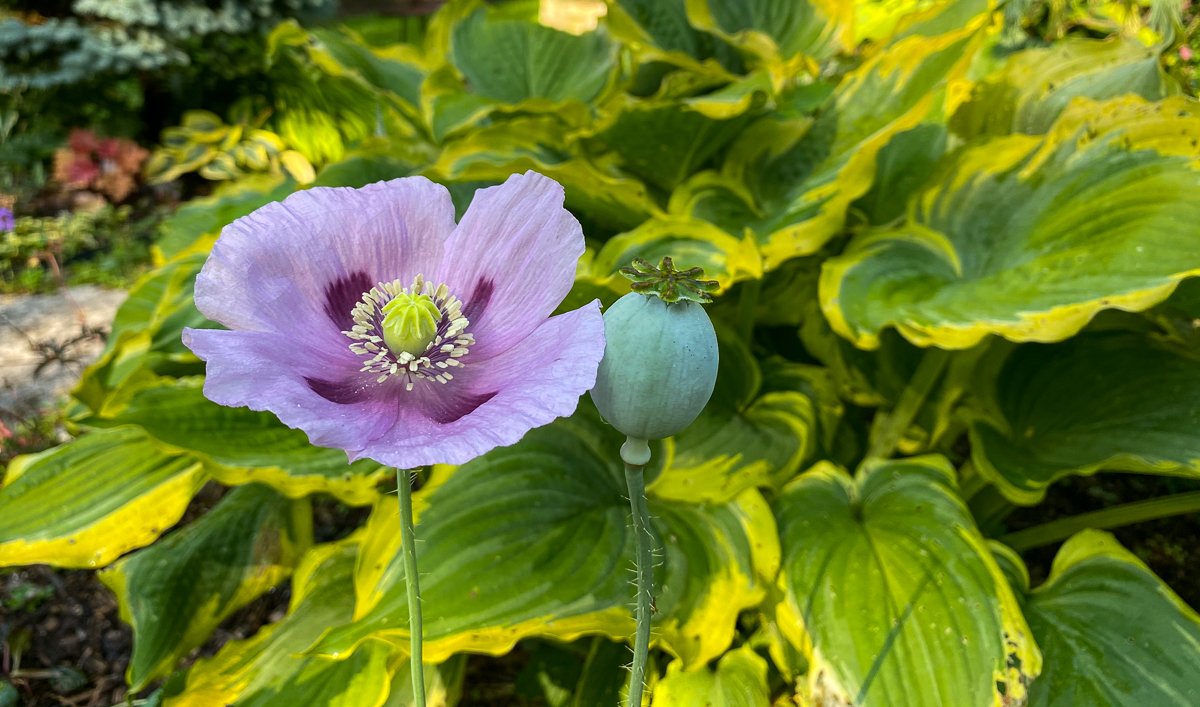 I didn’t know I liked pink salvias until I saw these. I’m embarrassed to say that I’m not sure what variety they are. My best guess is Salvia pratensis Fashionista Moulin Rouge. 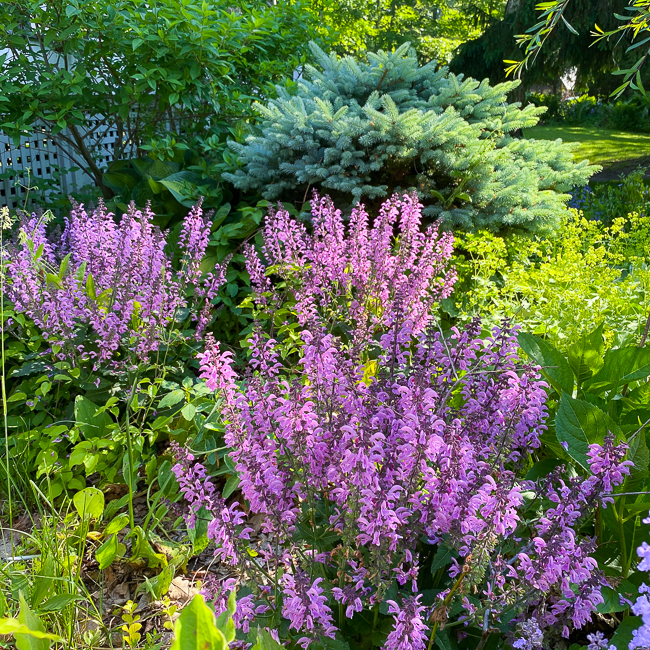 The chive hedge in the circle garden got its first cut back of the year in early July. Within a week it was back to a good 7 inches tall. 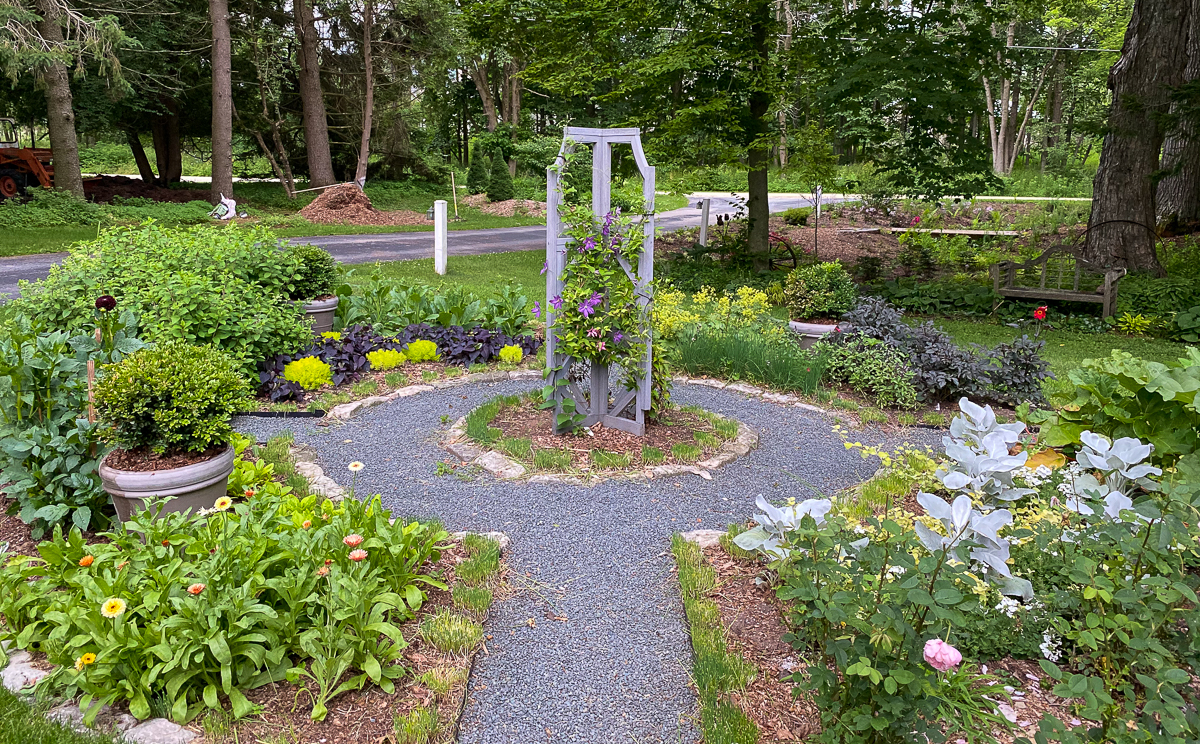 The clematis are starting to do their thing as well. ‘Arabella’ scrambles through the garden, particularly through this Allium fistulosum and I couldn’t love this unexpected combination any more. 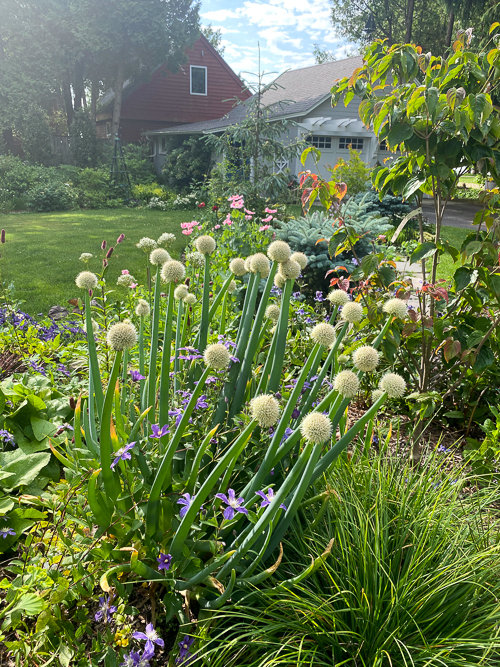 ‘Etoile Violette’ grows up the stair railing and is one of the clematis I think everyone should have. It blooms so prolifically and asks so little: just a bit of fertilizer, maybe some water and a hard cut back in spring. 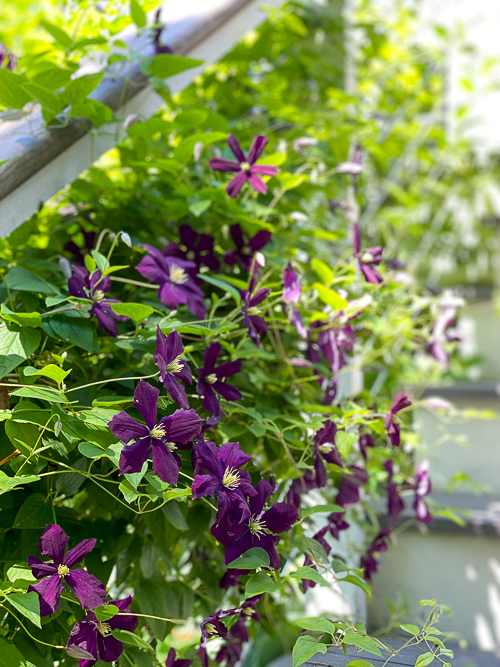 ‘Perle d’ Azur’ clematis is in just it’s second year on the front of the house, but it has managed to send up one long stem making its way up the new trellis. I adore the color of these flowers. I can’t wait until it becomes the monster it is purported to be. 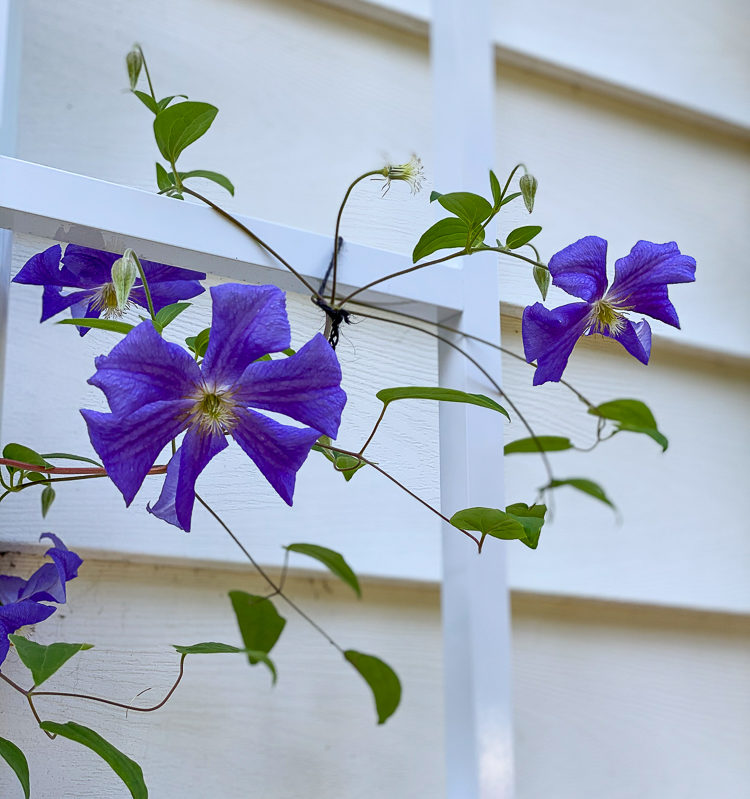 It feels good to have the garden at point where all it asks for is some water, a bit of bug patrol and someone to come pull out all the 4-foot-tall  thistles that have appeared out of nowhere.

clematis garden rose
by Erin @ The Impatient Gardener
16 Comments
previous post: It’s not too late to start growing
next post: My brief but thrilling brush with plant breeding