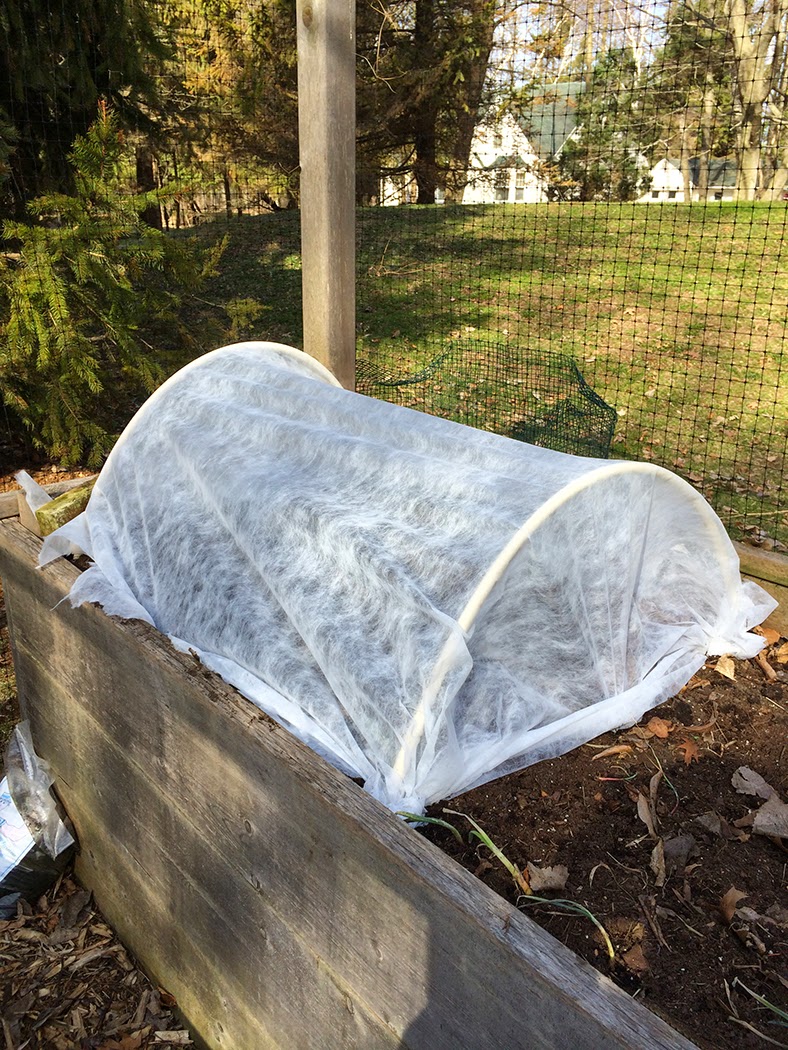 It was a great weekend in the garden: two marathon days that left the garden in pretty good shape and my body in pretty bad shape. There is something so satisfying about the pain one feels after long days in the garden.

By and large, the seeds have been doing well. Everything germinated and grew very well. As seedlings got their first sets of true leaves, I pulled out or snipped off all but the strongest seedling in each plug of basil and kale. I let the bunching onions get bunchy and I had already thinly sowed the nasturtiums.

On Friday I potted up the basil into 3-inch pots. They have a long way to go before I’ll plant them outside. In a normal year I wouldn’t plant basil outside until the last week in May at the very earliest. With the way the weather is going this year, it could be a couple weeks into June before it is warm enough for them. Most of the pots are back inside and will be moved to the mini greenhouse (essentially a cold frame) when it gets a little warmer. A few pots didn’t fit in the tray, so they are outside in pots protected by row cover fending for themselves as a bit of an experiment.

I’ve been hardening off the kale for the last week or more and planted out the plugs directly into the garden on Sunday. I also planted some kale seeds as well. I will plant more kale in coming weeks as well.

The bunching onions aren’t doing much. They seem to be stalled in their growth. I may harden them off and move them out hoping to spark some growth.

The nasturtiums are growing really well. In fact, when I picked up the tray the other day, I noticed roots were jumping out the bottom, so I also potted them up in 4-inch pots, two plants per pot, on Friday. I pinched them back at the same time, hoping to encourage nice bushy growth.

I read that while peas like cool weather to grow, they germinate best at 70 degrees, so I sowed some snap peas in a cardboard seed tray. They germinated quickly and I immediately started hardening them off. Sunday, I planted out the trays intact into a corner of the garden where they will quickly disintegrate (the roots were already coming through the bottom). I hope to have a better pea harvest than most years, as I’m using first planting seeds outside at this point.

The biggest challenge so far has been keeping the cat away from the seedlings.

With some room in the seed trays and under the grow light, I was able to sow a few more seeds.

I planted an entire tray of kale. Yep, more kale. I intend to plant most of these in the ornamental gardens where they will be beautiful foliage (that we’ll nibble on when we’re too lazy to walk to the veggie garden). Once those germinate (i.e. move off the heat mat), I think I’ll start some zinnias and some more nasturtiums, or perhaps some parsley. I’m so impressed with how the basil is doing (it’s already at the size I have purchased plants at in the past) that I’m inspired to give parsley (which I never have enough of) a try.

How is your seed growing going? Did you get to plant anything in the garden this weekend?