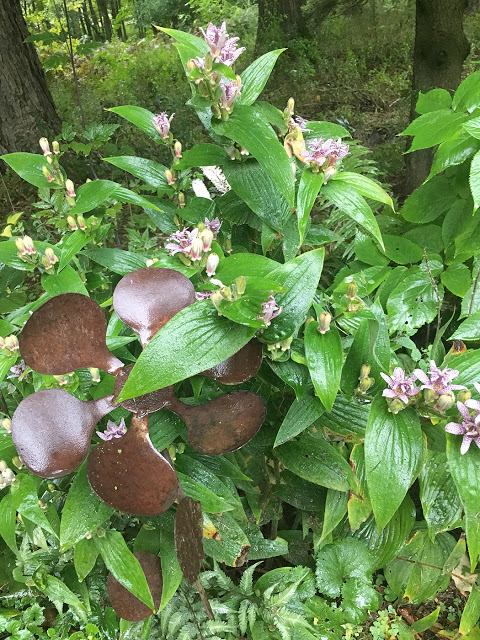 I went outside in the rain the other morning and snapped a shot of my favorite plant at this time of year. Then I checked the blog because I thought surely I’d written a special post about toad lilies before and I couldn’t believe I hadn’t.

Truth be told, I had no idea what a toad lily even was until I asked some blogging friends to share their favorite perennials back in 2012. Two of them chose toad lilies. It’s a rather horrible common name don’t you think?

Tricyrtis sounds a bit dinosaur-ish to me, but it’s better than toad lily. What I love about them is that they look like tiny orchids. That something so exotic could emerge from the fall garden, which is winding down in all other areas, is rather remarkable. 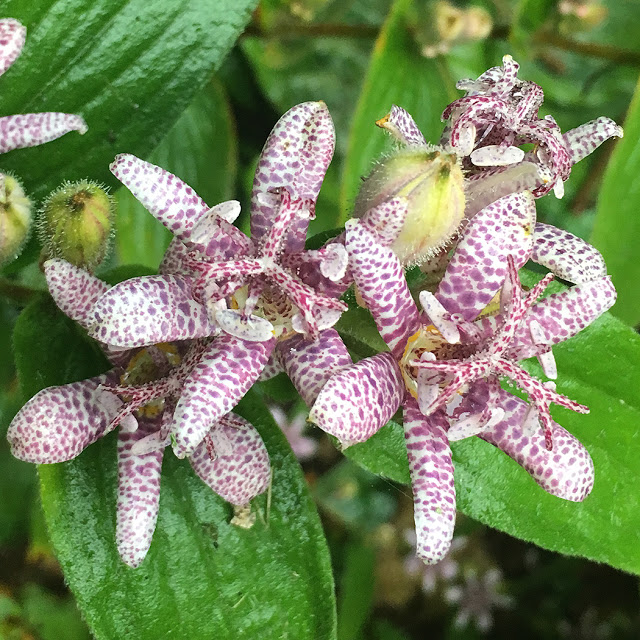 The flowers on the one I grow (I believe it may be Tricyris hirta Mizakai Hybrids, but the label, like so many other, must have fallen victim to aggressive raking)  are speckled, tiny and a lovely lavender color that could properly be called orchid. You have to get close to really appreciate them, which is why even though this is about three feet tall, I think it should be planted right at the front of the border so those beautiful flowers are right in your face.

They are woodland plants that grow in zones 4 to 9 and require absolutely nothing in the way of maintenance. In fact I usually forget all about them until this time of year when one day they catch my eye from the living room window. 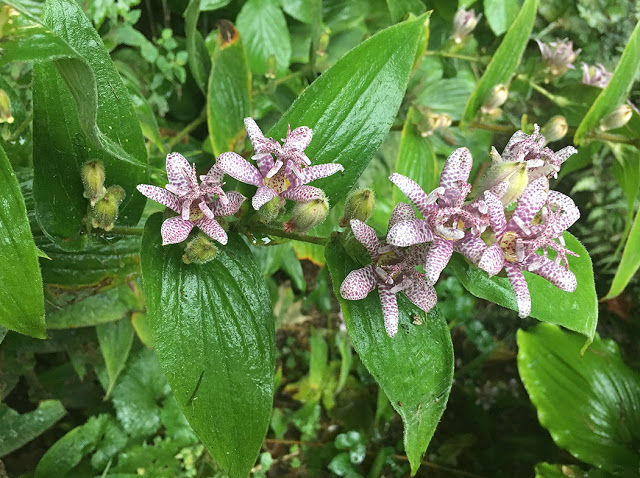 How any self-respecting gardener could forget about such a plant in their garden is rather appalling, but I do it every year anyway. And this year, like I do most years around this time, I vow to plant more of them, although I usually forget come spring.

Several years ago the Chicago Botanic Garden evaluated Tricyrtis and the results are well worth a read. Do that, then plant some. I promise you will thank me, but don’t feel bad if you forget all about them until this time next year.