We’ve been enjoying a particularly beautiful fall here. Beautiful not in terms of weather, as gray days have far outnumbered those crisp, sunny fall days with royal blue skies, but the trees have put an amazing show. 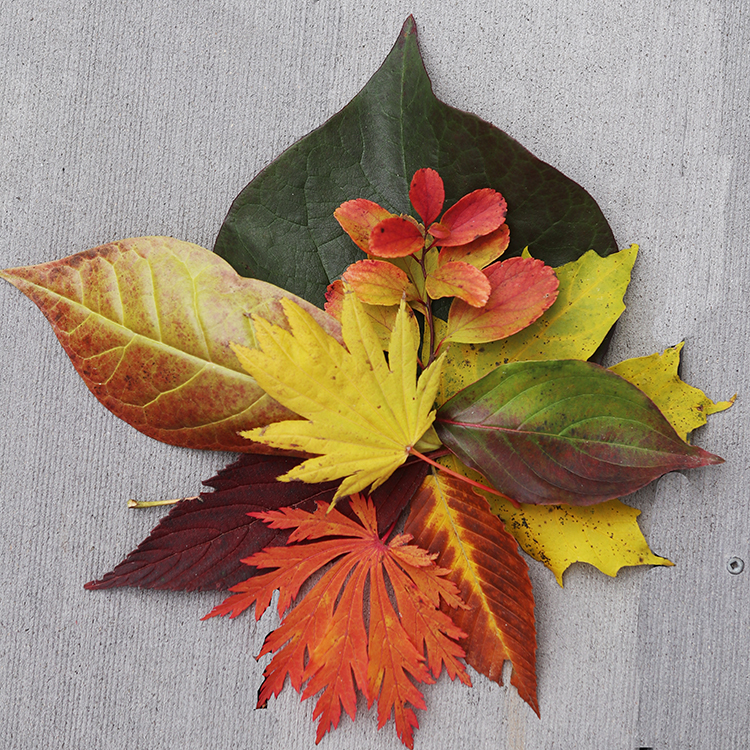 Have you heard of the Leafstack Challenge? Here’s my attempt and an excellent way to procrastinate on doing garden cleanup.

Last year, a late-summer drought stressed trees, plants and gardeners alike, dropping leaves to the ground before most had a chance to develop much in the way of color. But this year trees have been hanging onto those leaves and putting on quite a show in the meantime. 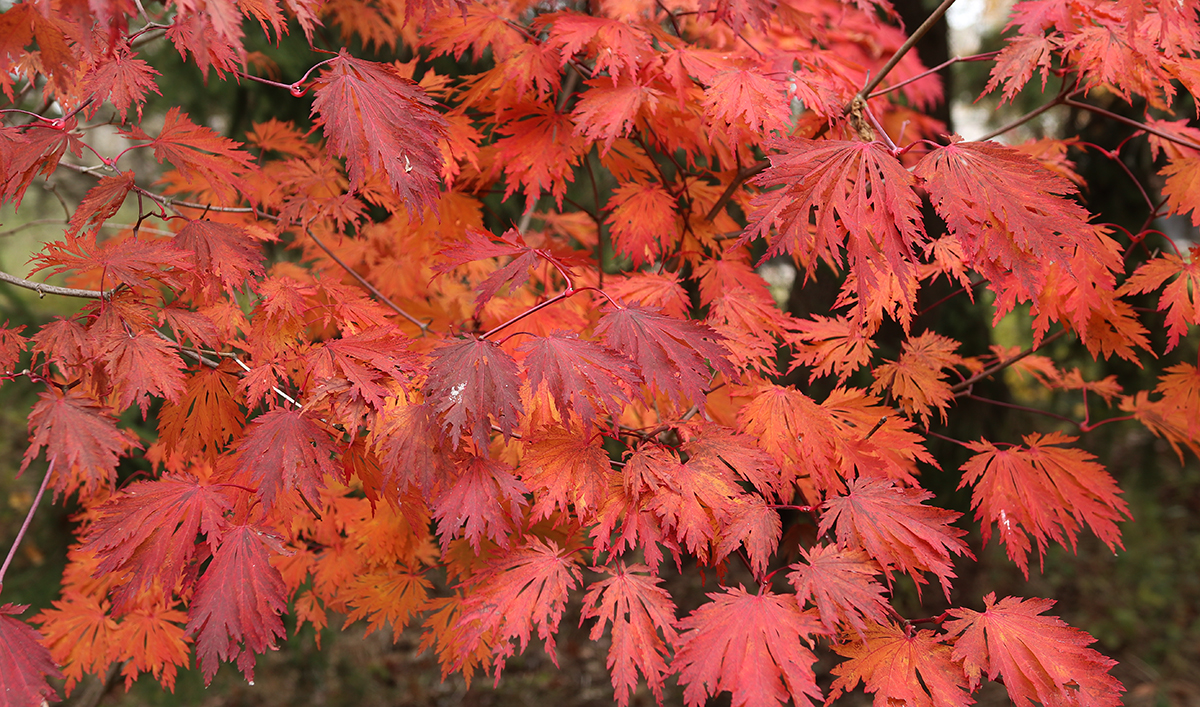 Acer japonicum ‘Acontifolium’ is always the star of the fall garden and it is particularly good this year. 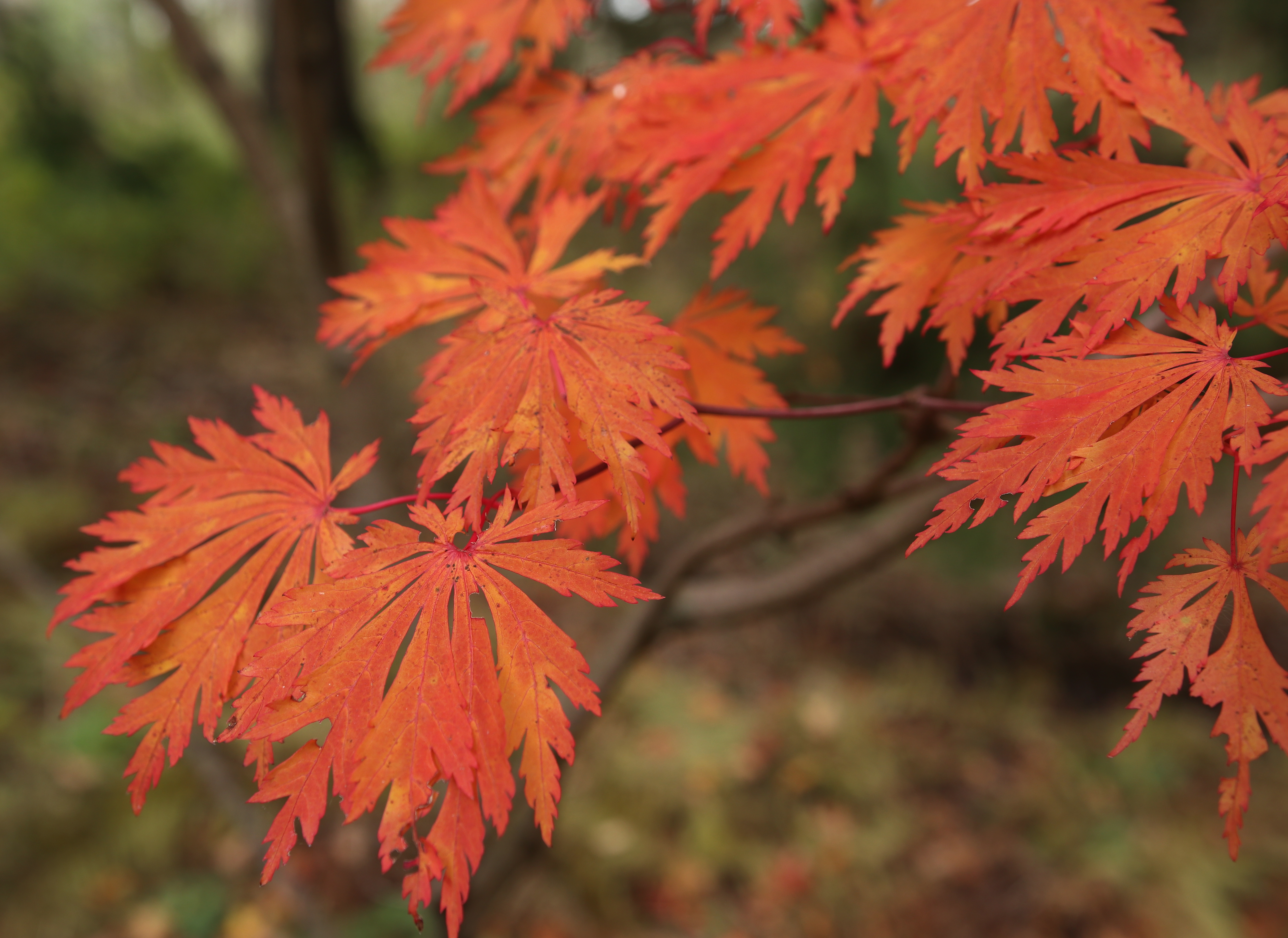 But the beautiful wooded landscape is changing here. Little by little, year by year, it has slowly crept into the treetops. Where there were once fiery hues of fluttering leaves there are now bare branches. In larger stands of trees, such as the state park by our house, the scene is one more fitting a story of a haunted woods than the picturesque piece of nature it once was.

Emerald ash borers are to blame. These invasive but astoundingly beautiful bugs (they are plentiful enough here that it’s not uncommon to find one sunning itself on your windshield) have been here for some time and their main food source is ash trees. Eggs are laid in the craggy bark of ash trees and larvae feed on the tree, tunneling under the bark to the cambium layer and, ultimately killing the tree.

Ashes are prolific reseeders, so wooded areas here are loaded with them. Or were. They were also a commonly planted tree in city parks and landscapes. Some homeowners and municipalities opted to treat trees, beginning year ago and many are responding well to this expensive treatment. A representative from the USDA recently told me that they have every expectation that treated trees will continue to fend off attacks from emerald ash borers, but that theory won’t truly be tested until untreated ash trees are gone. 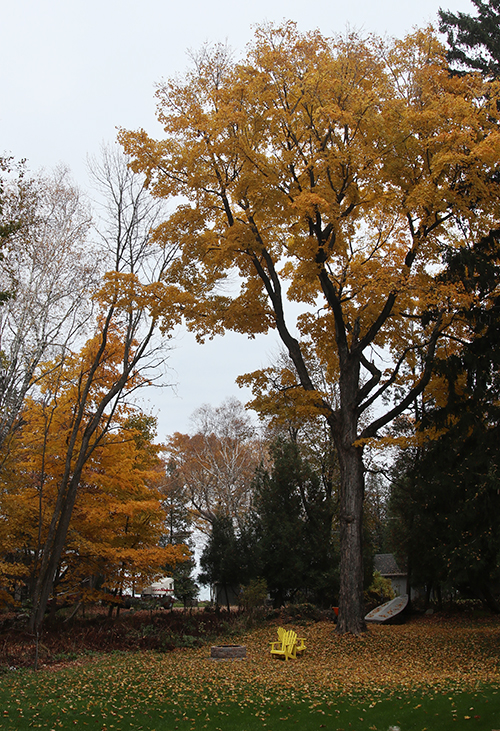 The fall color in the wooded part of the yard is great, but the large, bare ash to the left lurks.

I’ve watched the ash trees in our yard and the ashes on roadsides, in parks, in woods and beyond decline. Every year the leaves would drop earlier. A large limb would not leaf out in spring. And then another limb.

We started having ash trees on our property cut down a few years ago. At first we wouldn’t let the wood leave our property for fear of spreading the bugs to other areas. Now that’s no longer a concern. Emerald ash borers are within any reasonable distance that someone would drive for fire wood.

We don’t remove all the ash trees that have failed here; it’s costly and I don’t mind leaving dead trees in some of the more wooded areas. But we do have them removed where they are in danger of falling on something important (like a house), or are unsightly.

That means that tree more trees are on the chopping block the next time we get our tree guy to come out. A big one along the driveway is in no way welcoming, and another large ash on the edge of the woods should probably go. Perhaps saddest of all is the large ash near the house where the climbing hydrangea grows. I guess we’ll just have that one cut off on top of the vine and hope that in time all you see is the vine. 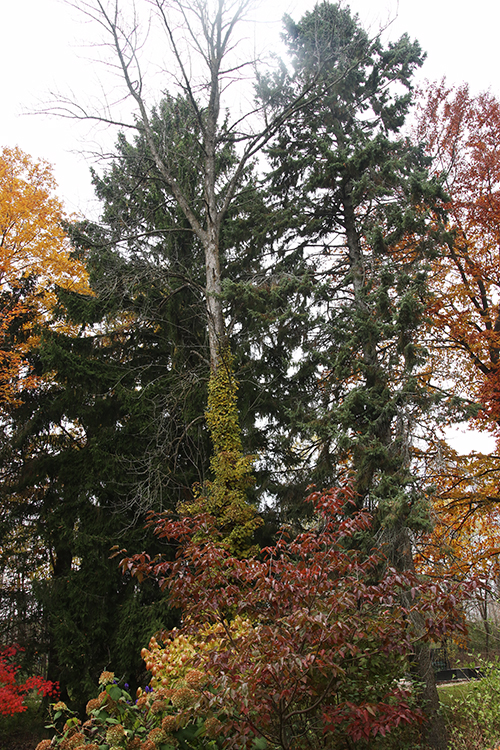 The garden is awash in color, but if you look up you see the unsightly bare limbs of a failed ash tree. 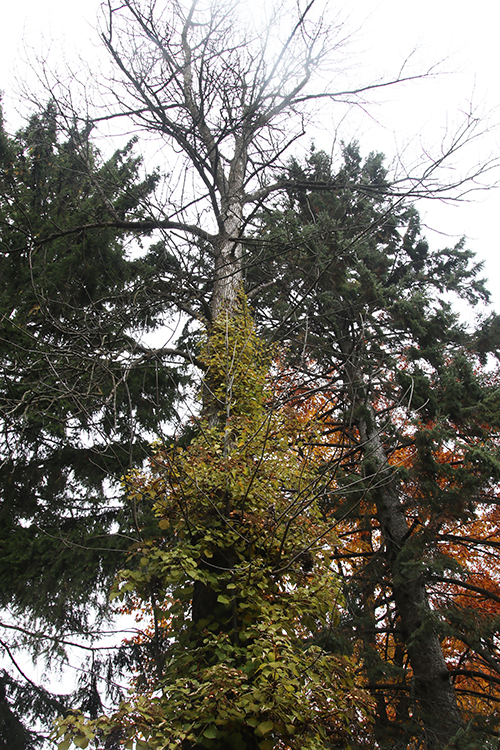 The climbing hydrangea that grows up this dead ash is doing great, its host tree not so much.

But wooded, mostly unmanaged areas, will retain that haunted woods look that lasts all year.

And there isn’t much anyone here can do other than replant with a wide variety of trees, so when the next invasive species or disease comes along the landscape is not so dramatically changed.

In the meantime I’ll just enjoy the fall colors. 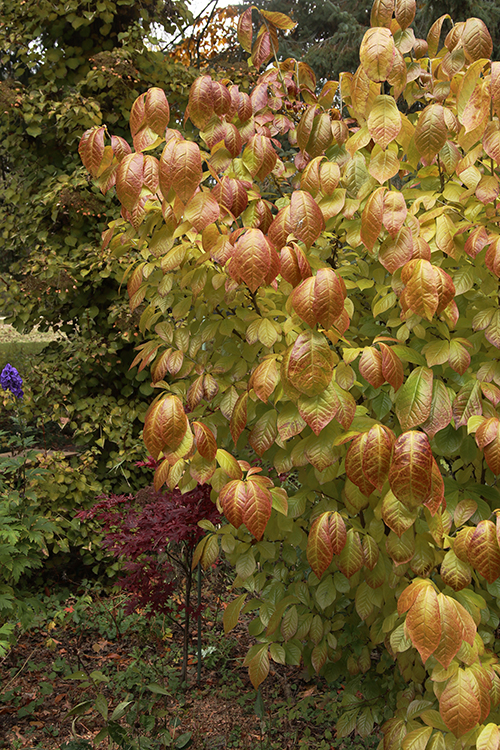 Orixa japonica has such lovely color, and a small Japanese maple peeks out behind. 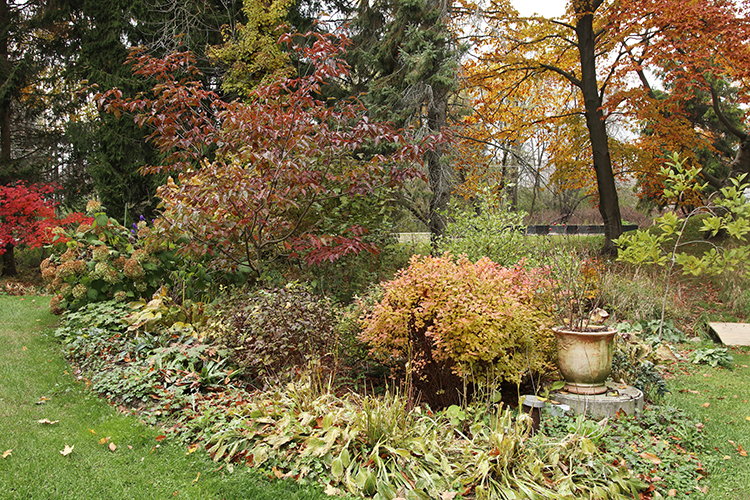 The beech tree in the distance to the right, ‘Acontifolium’ on the left, with spirea and Cornus ‘Venus’ in the middle make a pretty, autumn-toned picture.