Over the weekend I did something I should be doing much more often. I got out of bed early and, instead of lingering over multiple cups of coffee, I grabbed my camera to take a few pictures in the nice morning light. Whether you take photos to share, as a record of your garden or just for fun, looking at your garden through a camera lens and, later, on a screen is tremendously helpful. Somehow it allows you to see your space in an entirely different way.

One of my biggest takeaways from that quick photo session was how happy I am that, for the first time, I made a conscious effort to create a bit more harmony in the containers at the front of the house this year.

I love designing containers but my problem is that I love designing all the containers.  I can’t commit to one theme because there are so many great plants and so many great color combinations waiting to be experimented with that choosing a single theme or color scheme is just too hard. At the same time, I know that picking up some of the same elements in each container would create a greater impact when viewed as a whole.

I still didn’t do a lot of that, but I purposely made sure to include bold pinks in the urn in the middle of the garden and the window box. And I’m very happy with the result. 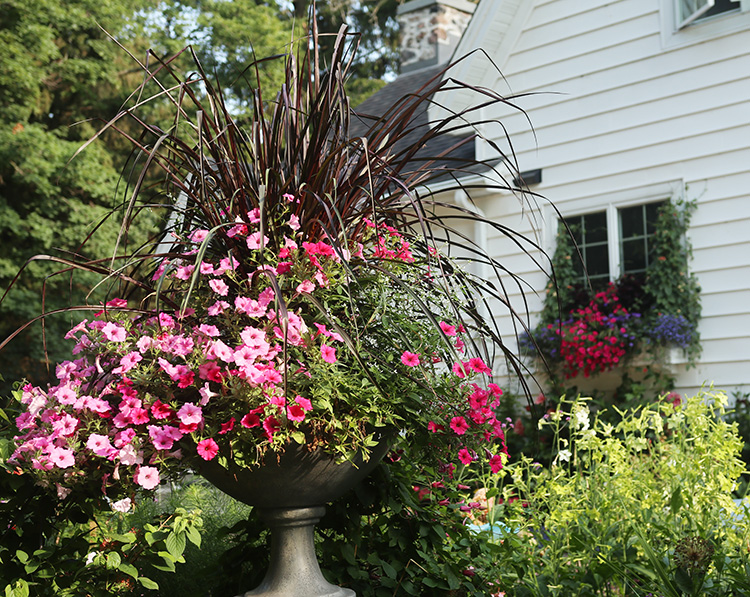 This view of the urn, from the driveway side of the garden, isn’t one I take photos of very often, but it is quite nice. Using hot pink petunias in both designs makes everything work a little better.

I couldn’t be any happier with how the urn looks in the garden, both as a container but also in the way I planted it. It was not an impressive start, to be honest, but containers rarely are. We gardeners plant them with high expectations and a bit of finger crossing that in July the planting will look like what we imagined when we tucked those little plants into the soil. 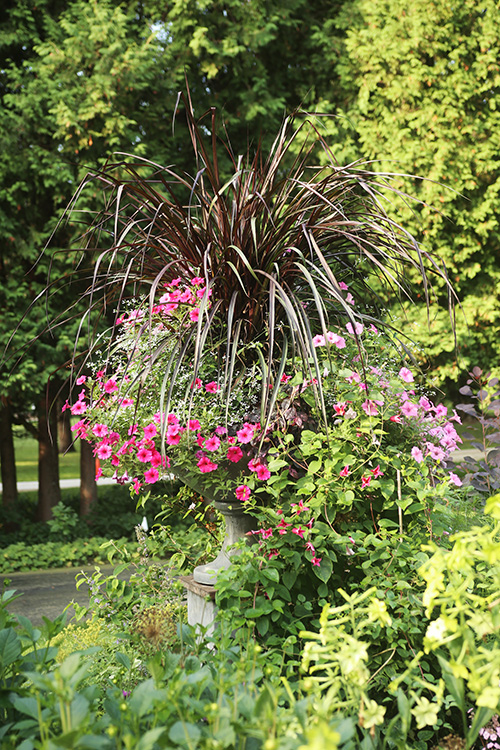 The urn in the middle of the garden is a focal point that is blending well with the plants growing around it, including ‘Princess Diana’ clematis, which reaches up to join it.

The Pennisetum purpureum Vertigo started off actually pointing the wrong direction (it was the last one left at the nursery apparently for good reason) but is now doing exactly what it should be doing. I love the thicker leaves on this grass and it’s floppy habit, which seems well suited to this container.

The window box, which I tamed a bit after I took this picture by trimming the petunia a little and tucking in some of those crazy Thunbergia tendrils, is nice, but I like it less than the urn. When the Thunbergia has more blooms it looks a little brighter and better. 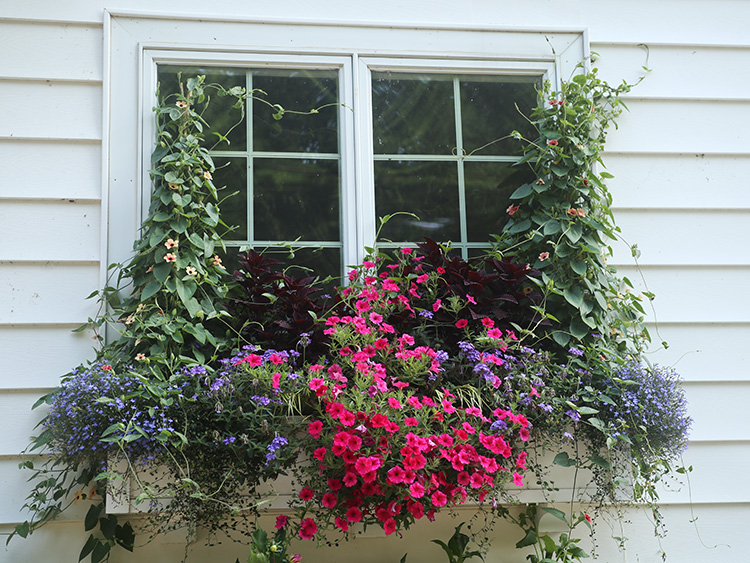 These are the plants I used:

The garden is at that overflowing point that I just love. It is impossible for me to envision it so absolutely stuffed with plants when I look at it in spring. It is, perhaps, a bit too full, but I know that I’ll never wisen up to its ways. I’ve just learned to love the abundant look. 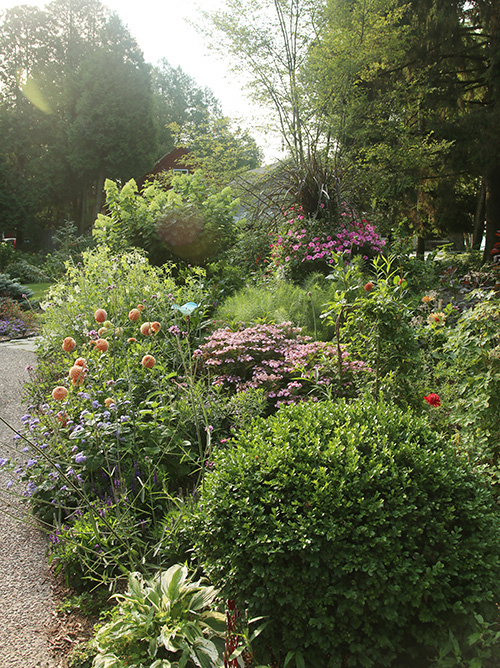 The garden is full to nearly overflowing.

The Limelight hydrangea is just starting to think about blooming. I’m looking forward to those giant white flowers. When you walk on the path toward the house it is big enough to shield the view of much of the garden and I like that effect of being surprised by what lies beyond. 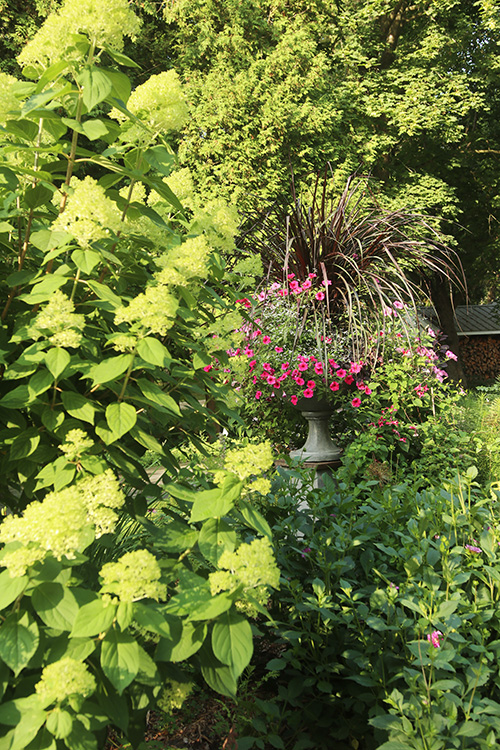 Things are never perfect in the garden, but August brings with it a certain understanding that, for the most part, what’s done is done. The decisions I made in May have played themselves out. For better or worse, there’s not much to do other than enjoy them for what they are. I’m happy that, at least in this part of the garden, I’m chalking this up as decisions that ended up on the “better” side of that equation.

You can see all of this year’s containers here.