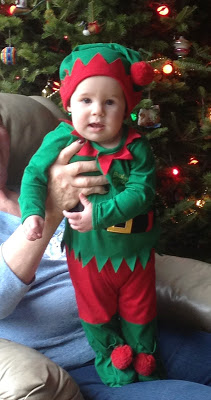 It’s not often that I report back on Monday with what I did over the weekend (because usually I started a project that I didn’t finish so there’s not much to report on), but even though I did not one iota of Christmas decorating (whoops) this weekend, it was an excellent holiday time.

Saturday I went down to my college roommate/bestie’s parents’ house where they have a massive cookie baking day and invite all their friends to come. It’s a cookie baking open house and people stroll in and out all day, baking, helping, sampling (what I did mostly) and chatting. I’ve gone to probably a dozen of these baking days over the years and I enjoy them so much.

This one was particularly special because I got to meet my friend’s beautiful baby girl for the first time. Wylie is a total sweetheart and utterly adorable in her elf costume. It’s always interesting to see your friends as parents for the first time and my friend is a great mom.

Her brother has chickens (jealous) so he provided all of the eggs for the baking. They were so beautiful. He said the blue eggs came from their Americana chickens, which he said were the nicest chickens he had ever met. They are overloaded with eggs so he kept trying to sneak extra eggs into recipes. 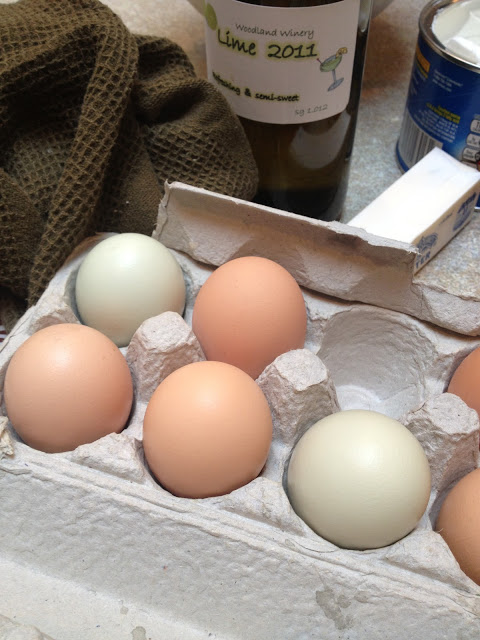 Their family breeds yellow labs, so there were about five or six labs running around. They are all sweet as pie and incredibly well behaved. 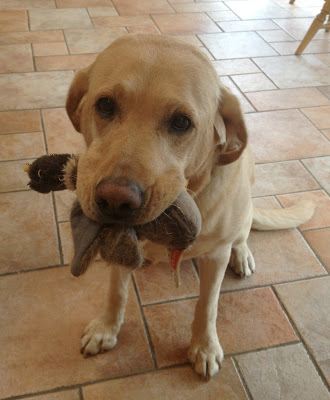 After cookie baking I headed home to meet with my best hometown girls for our annual Christmas get together. The last couple years we’ve made crafts.

Two years ago we made beaded snowflake ornaments. 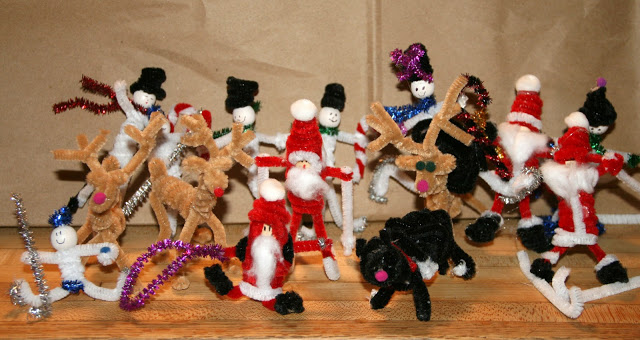 But this year we decided to have an ugly ornament exchange. We went to a local bar/restaurant (I’ve hosted the crafting the past two years, but one of my friends is extremely allergic to animals so with two enormous dogs and a cat, it’s tough for her to be in our house for too long) and ordered oodles of appetizers and drinks and went about finding the ugliest ornament we could.

The rules are that the ornament you receive must be prominently displayed on your Christmas tree (no hiding it in the back) and photographic proof posted on Facebook. 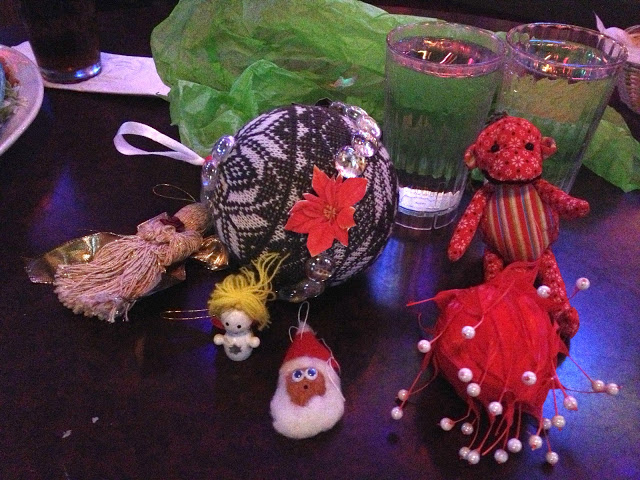 My contribution was this sweaterball. It started as a real ornament at Target (I had to pay $3 for it, which I think is crazy for a styrofoam ball covered in a sweater) and was plenty ugly to start with. Then I cut out some cardboard poinsettias from some gift tags I had and glued those and some glass vase filler balls to it. Mr. Much More Patient told me to stop decorating it because I was actually making it look better. I’m not so sure about that.

I received this … um, what is this? In the end I decided it looked like Heatmeiser’s hair (and later, perhaps after a few drinks, it somehow turned into a fertility symbol, but whatever). 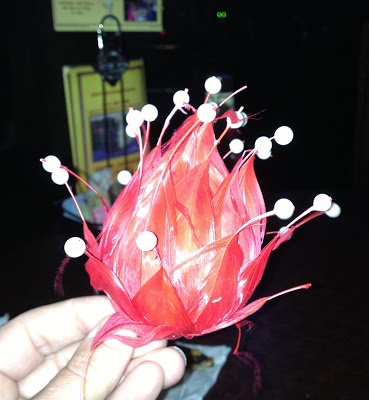 One of my friends brought this totally inappropriate monkey that she also purchased at Target. I realize that was meant to be a tail, but it SO was not sewn on to look like a tail. 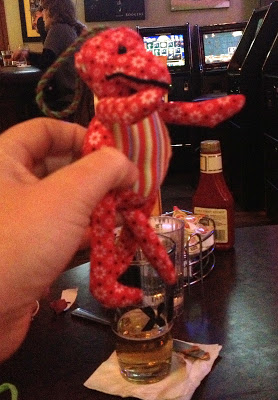 And lastly, one of my friends raided her mother’s ornament collection to come up with a hideous collection of three ornaments. The first was this odd tassel angel, which even her mom could not understand what would possess someone to purchase. 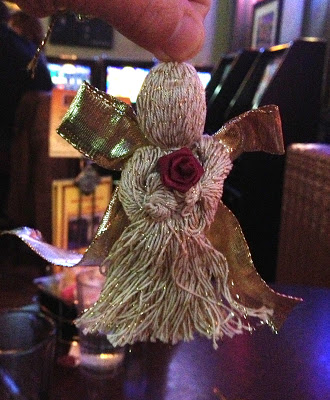 Then there was a homemade walnut shell Santa, which we actually thought was sort of charming. Certainly one of her 11 brothers and sisters made it at some point, but her mom admitted that with 12 kids making ornaments every year, there was bound to be an ugly one here or there (and she has plenty). And the last, and the unanimous winner of the ugly ornament competition, was this one that we tagged “Voodoo Angel.” We’re not sure what made her so creepy, but the hair certainly is part of it. 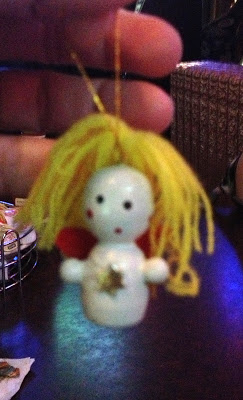 Later, we went to a bar and decorated their tree with them. But we all took them home where we will indeed proudly display them. Front and center … living room side (no sneaky window side stuff for these beauties). 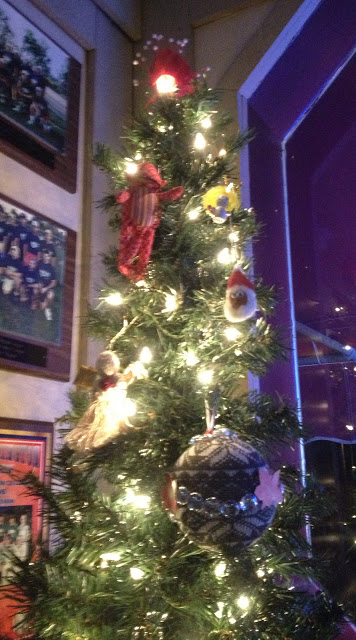 It was so much fun that I hope we do it again next year. I just hope we don’t have to display every year’s ornaments in the front. The back of the tree needs some love too.