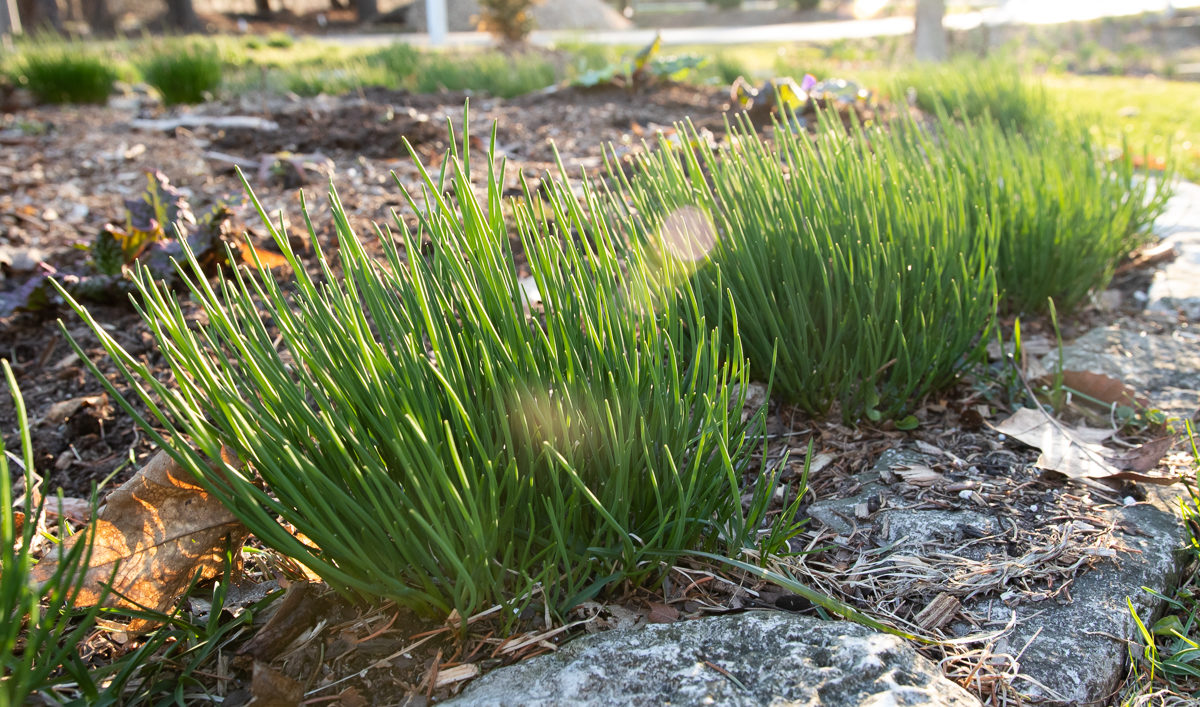 If social media has taught us anything, it’s that you never know what is going to cause controversy. It’s hard to imagine gardening ever being controversial, but there are plenty of strong opinions. I’m good with healthy discussion on any topic, but sometimes I just don’t see the controversy coming.

And I certainly didn’t think an Instagram post showing a picture of my chive hedge would fall under the category of “hot-button issue.”

But no sooner did I post that photo than comments and private messages started coming in suggesting it was irresponsible for me to recommend growing chives free range (my phrase, not theirs). 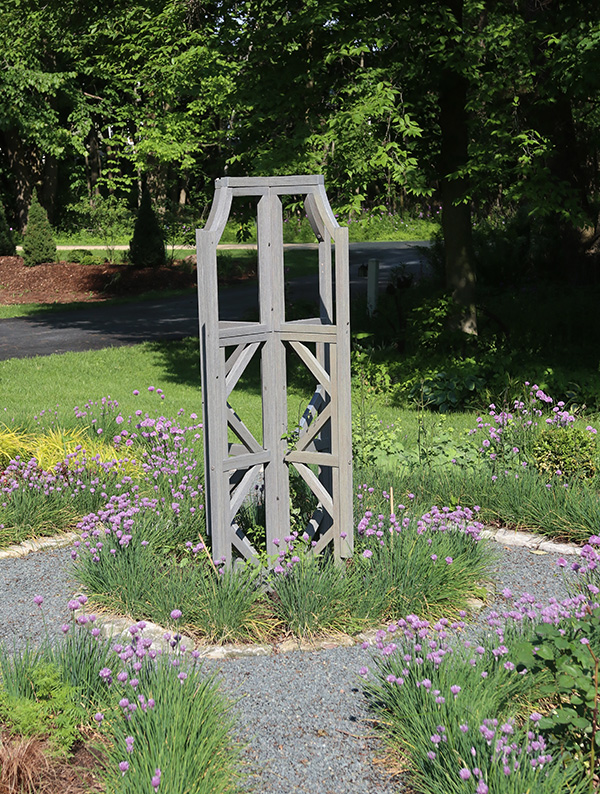 The chive hedge mostly in flower.

In my garden, this is how onion chives (Allium schoenoprasum) behave: after planting they do their thing, gradually bulking up over time. They are easily propagated by division, which is how I created the “hedge” I have in the circle garden. Once a year they come into flower, which is quite beautiful in the hedge. The flowers last for maybe two weeks before they start looking ratty and I go in and either pull out just the flowers or, if the foliage is looking weak, I cut back the entire thing and throw some water on it. Within two week, the plants are fully regrown and standing upright. 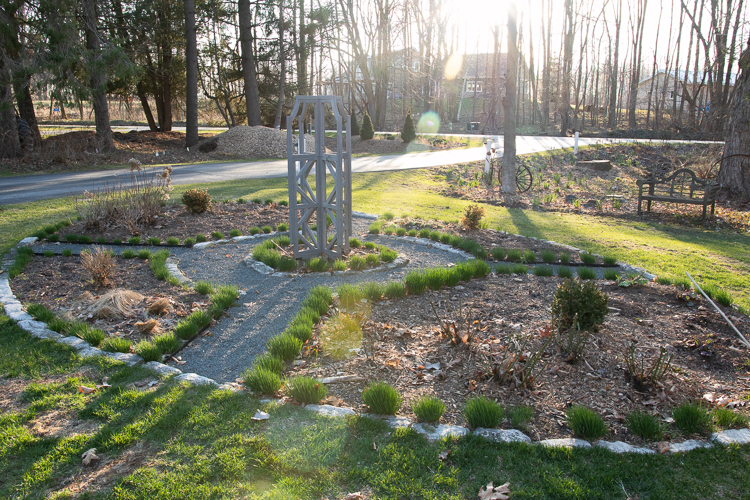 Even now, when they are just coming up, the chives in the circle garden create a lovely, bright green framework.

But one thing they have never done in my garden is anything close to “taking over.” Yet, multiple people complained that they feel they will never get all their chives in their garden out because a plant had spread beyond control. They even likened it to mint (a thug that must be contained in every circumstance, in my opinion).

This got me thinking, and researching. And what I’ve come up with is that this is either a case of mistaken identity (aka common name confusion syndrome) or an excellent example of how conditions mean more than plant labels.

My first theory is that my poor onion chives—skinny, round tubular leaves that make everything from baked potatoes to scrambled eggs taste amazingly delicious— were mixed up with garlic chives (A. tuberosum)—beautiful, pollinator-friendly plants with flat leaves that have a stronger, garlicky flavor and are best used when the leaves are young, and are known to reseed rambunctiously from pretty white flowers. This would have been a problem of my creation, as I just called them “chives” without specifying the type. 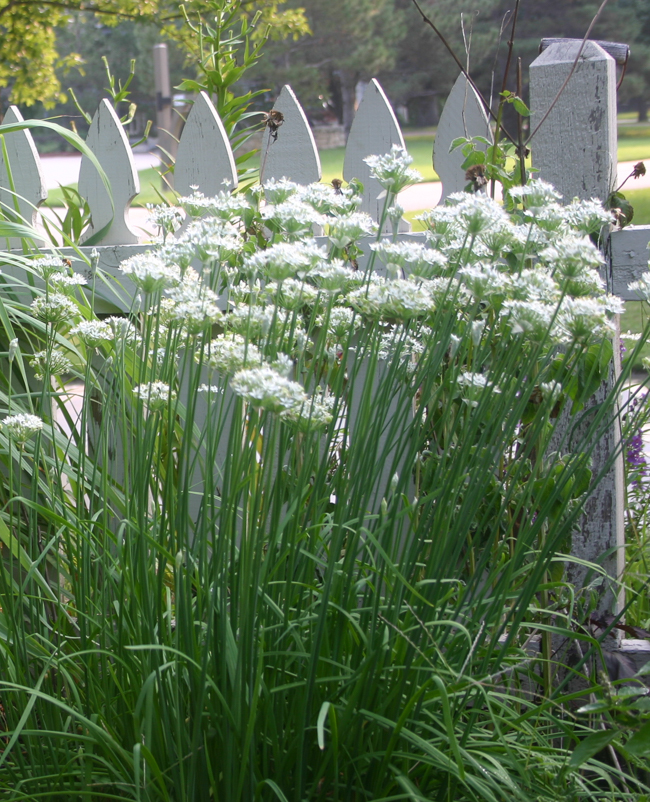 Or, is this a case where my experience in my zone 5 garden is completely different from what other gardeners in other climates, with other soil types, have experienced? I did a bit of searching on the internet and found some suggestions that chives grow best in colder areas, so it seems that if anyone was going to have a problem with them showing signs of being aggressive, it would be me. 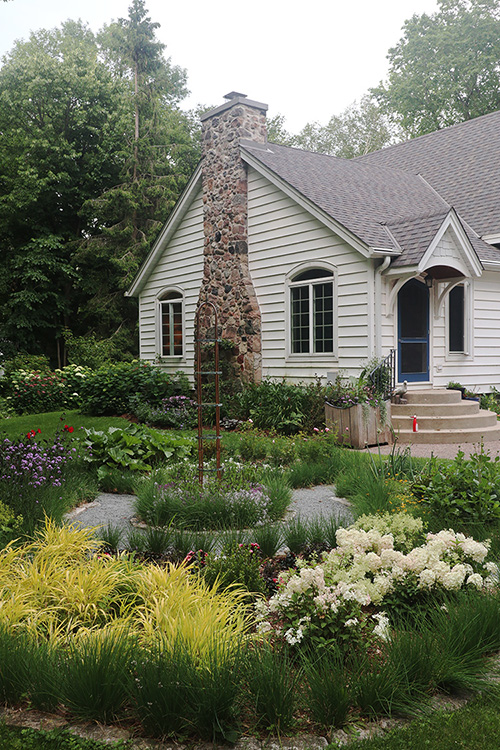 In the second year after the full chive hedge was planted you can see how it has almost filled in to create a solid hedge.

So, what is your experience growing chives? Have you found them to be invasive?

In any case, I’m pretty sure I have a good method of controlling them: deadhead the flowers before they set seed.

Onion chives are just too beautiful, too easy (yep, I said it) and too useful to not grow without a darn good reason. 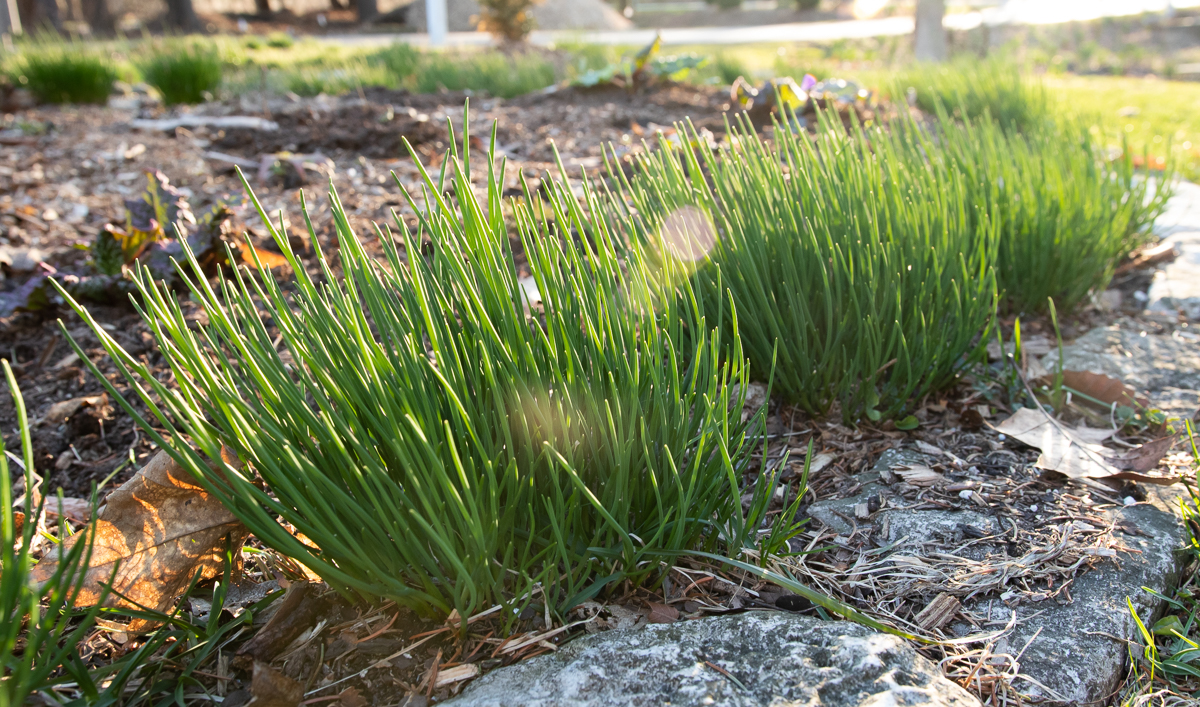 I think the easiest way to star them is with one plant, perhaps a division from a friend’s garden. My entire chive hedge started from two medium-size clumps from my mom’s garden, divided time and time again. Plant them anywhere: in an herb garden, in an ornamental garden or get a little creative with them and try your own chive hedge or some other decorative planting. Or grow them in a container.

They are perennial even in cold zones.

So let’s get to the bottom of this chive bashing. What’s your beef with chives?

chive hedge chives herbs
by Erin @ The Impatient Gardener
30 Comments
previous post: The art of perfectly timed procrastination
next post: Spring in the woods if not in the garden