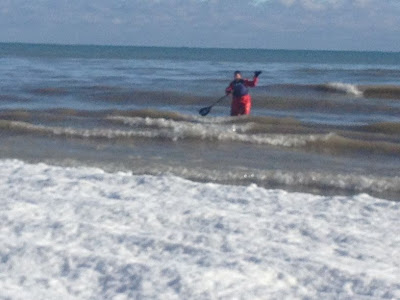 It is amazing to me that I had Christmas decorations up for less than two weeks and yet it feels so good to have them gone. For whatever reason, there is something so liberating about getting rid of the Christmas clutter. That’s not to say I don’t enjoy Christmas decorations, on the contrary I put them up even though usually the only people who see them are me and Mr. Much More Patient. But especially in a small house it feels so good to have the space back again.

The only bad part is that the only time all year that my mantel looks good is during Christmas. I continue to be completely stumped by what to do on the mantel, which is complicated by the busy (but beautiful, at least in my opinion) stone. Maybe I’ll do a “Decorate my mantel” competition or something. I’m already ahead of where I was last year since I have removed the hurricane full of Christmas balls that have been sitting up there for well over a year (eek)!

Removing the Christmas decorations was a big part of how I spent New Year’s Day. I managed to get it mostly finished while watching my beloved Wisconsin Badgers lose the Rose Bowl. Again. Ugh. But in the morning I did a little something that I hope sets the tone for the rest of 2013. I did my own little version of the polar bear plunge. (I’m not sure if this is a weird Midwestern thing or not, but the polar bear plunge is going swimming in an open body of water on New Year’s Day. Thousands of crazy and mostly drunk people jump in Lake Michigan or another equally frigid body of water depending on their location and usually manage to avoid pneumonia.) I’m not completely nuts though. So I went for a little paddleboarding trip. I was fully geared up in way too many layers (I was sweating) and a drysuit. In fact I was so bundled up that I was really lacking in mobility and couldn’t stand up on the board (and I fell off every time I tried) but I enjoyed paddling around nonetheless. My fingers were damn near frozen very quickly though (not to mention Mr. Much More Patient who was standing by on shore to enact some sort of daring rescue should it be required) and I probably only spent 15 minutes out there. So it wasn’t graceful or even all that exciting, but it was novel and maybe a teensy bit daring in that at least two people called me “crazy.” 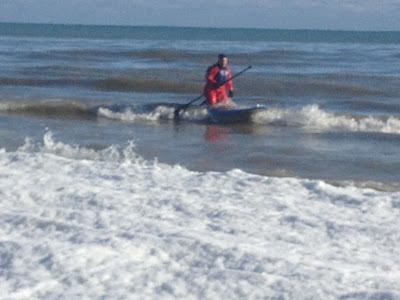 So here’s to a new year of trying new things, doing something just because it’s novel and not being afraid to fall in a frigid lake (OK, not so much that last one.

new year
by Erin @ The Impatient Gardener
4 Comments
previous post: A check back on 2012’s non-resolution resolutions and a few more
next post: A year in review