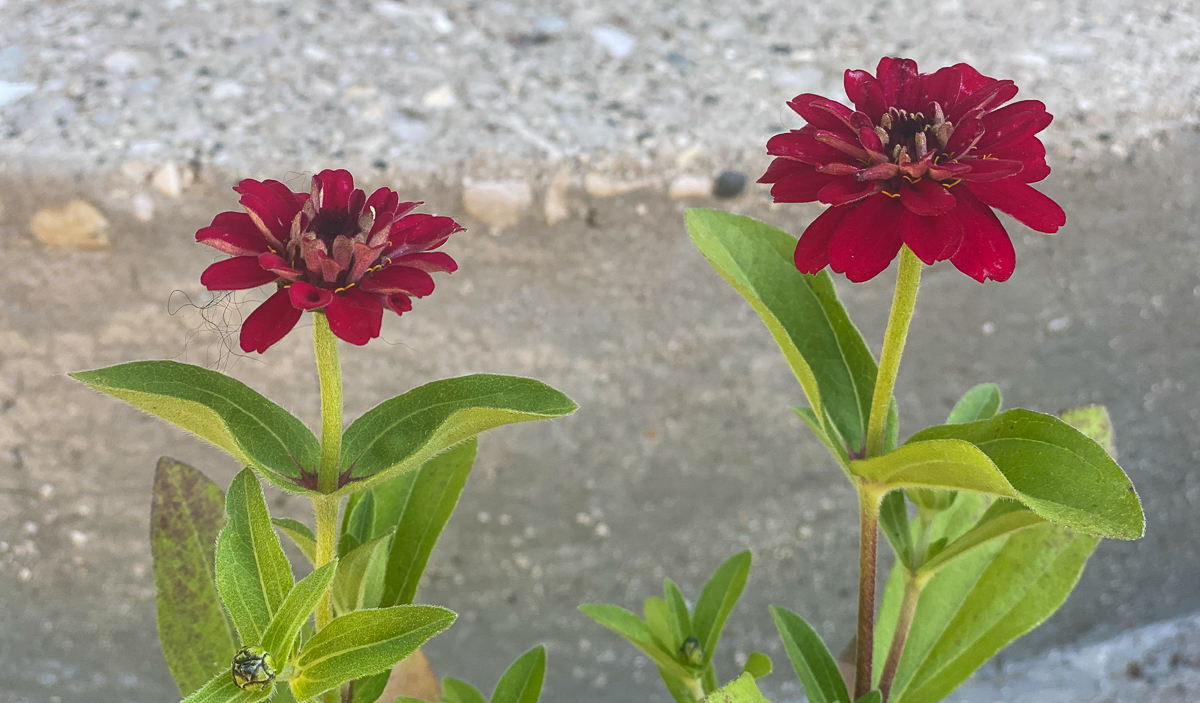 As we approach the best days of summer it seems odd to be looking back at January with a bit of envy. Certainly that feeling has nothing to do with the weather (perish the thought), but there’s a part of me that longs for the kind of blind enthusiasm that comes in the middle of winter. In the depth of the cold season, all summer things are possible.

Winter is when I do most of my garden planning, so by January lists of annuals to be grown from seed and purchased had already been made and plans of where they’d all be planted were in place. 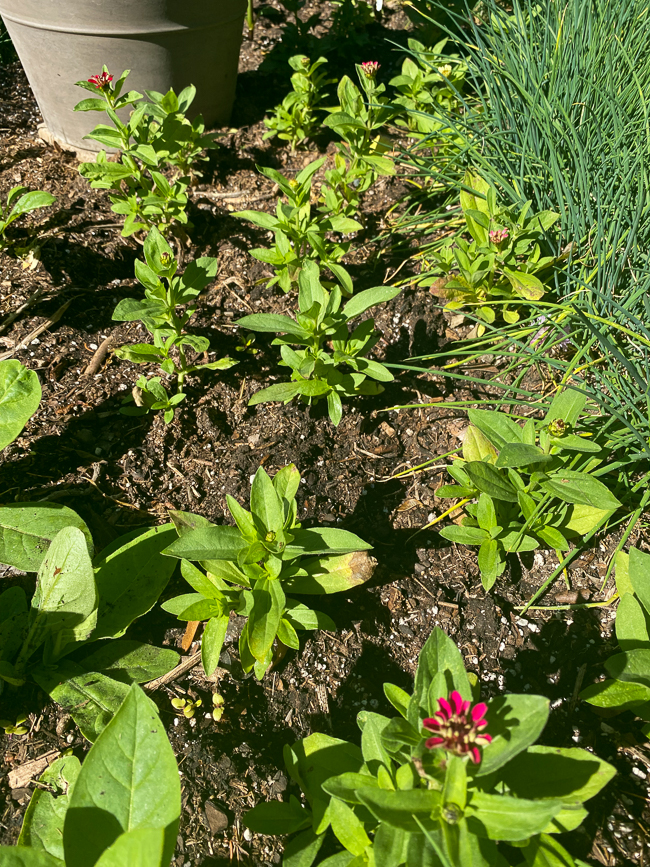 One of the combinations I landed fairly quickly was a mass planting of single and double white Profusion zinnias (a favorite short growing series with a bunch of great colors).

Seeds were sown, plants coddled and eventually planted in the circle garden, where I like to do sections of mass plantings. When I was planting, I noticed a few buds looking a bit more like red than white so I left them out and planted the rest, all of which were just forming flower buds. 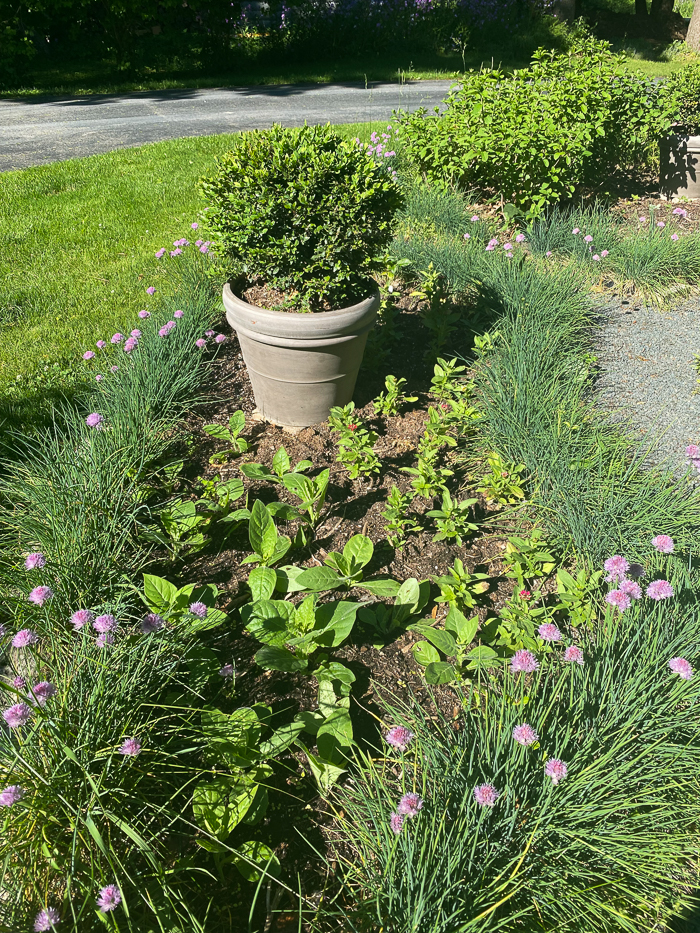 Well, it turns out that all (yes, all) of the Double White zinnias were actually red. Or possibly they were hot pink, but whatever color they were, it definitely wasn’t white. I haven’t pulled out the offending zinnias but I did order more seeds with the hope of one last shot at that glorious January vision.

It’s worth a shot, right?

Those are not white zinnias.

zinnia
by Erin @ The Impatient Gardener
24 Comments
previous post: Don’t let the garden stop at the lot line
next post: It might be summer, but it’s time to think about spring