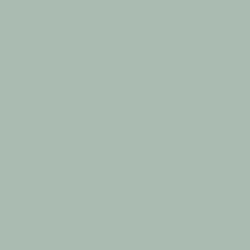 I apologize for the lack of posts this week. Since most of what I blog about in summer is stuff that happens outside, and because I’m usually at work during the day when the light is decent, I often take most of the photos for the blog on the weekend and then pump out a bunch of posts related to the photos during the week.

But no matter how much I pretend to deny it, summer is waning. We’ve had gorgeous weather lately and I can honestly say that last night might have been the most perfect night ever (with the exception of some obnoxious mosquitos). I sat outside well past sunset trying to savor every second.

Anyway, last weekend I was busy doing summer-type stuff and didn’t get time to snap any photos. And then when I get home from work during the week the light sort of stinks and then I end up with no blog posts. Still, I could wait to show you what I’ve been up to.

You know our blue door that I adore? The one that was the very first project I took on when we bought our house nine years ago and ever since have called it “The white house with the blue door”? Well, I painted it.

Now don’t be alarmed. It’s not a drastic change, even though I am currently in love with yellow doors and after seeing this amazing house tour I damn near painted it Benjamin Moore’s Wythe Blue.

But after thinking about it, I knew our otherwise plain white house (which I was once so nicely told on Gardenweb was the “most boring white house anyone could ever imagine” and the very nice poster suggested that I fire whoever was responsible for that. Ah, the Internet, don’t ‘cha just love brutal anonymous honesty?) needed a bold color that would stand out in our new entry.

I changed it from what I have always called “Greek blue,” although I don’t know what color it really is (I painted it before I ever started paying attention to paint colors and neurotically googling the name of the color to look for images of what it looked like in other people’s homes), to a more royal/indigo blue: Benjamin Moore’s Down Pour Blue. 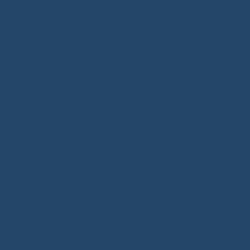 Anyway, enough chit chat. Onto the (lousy, taken after work) photos. By the way, this was one of the easiest projects I’ve ever done. Because I painted it last, I knew I had used water-based paint (I ALWAYS use water-based) and that I had primed it thoroughly. So I just sanded it with the palm sander, touched up a few blemishes caused by moving in and out however many times in nine years for floors, renovations, etc., and put on two coats of semigloss paint.

So here’s the best picture I have of the before (pre-renovation):

And here’s what it looks like now (with the screen door open because I’ve not painted it yet; that’s a project for winter): 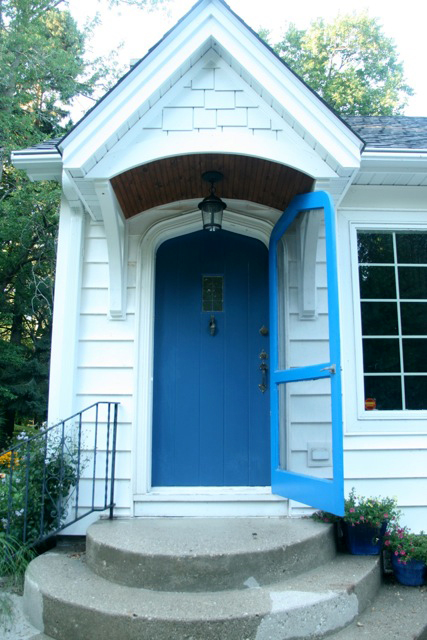 It’s actually kind of nice to have the screen door the old color so you can see the difference in the blues. And yes, the stairs are all wet because I was blasting bugs off the house right before I took the picture.

And speaking of that screen door, there’s a bit of a problem. Can you spot it? 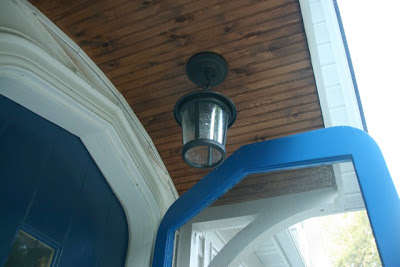 It turns out that the hanging light that I really love and picked up for a steal, doesn’t work so good with a screen door that opens out. Fortunately we don’t really go in and out of the front door much, but we do frequently open it for more light and airflow in the summer, so we’re just really careful when we do open it.
I’ll work on better pictures that show more of the house this weekend!
blue door
by Erin @ The Impatient Gardener
6 Comments
previous post: Moving Day
next post: Petal perfection