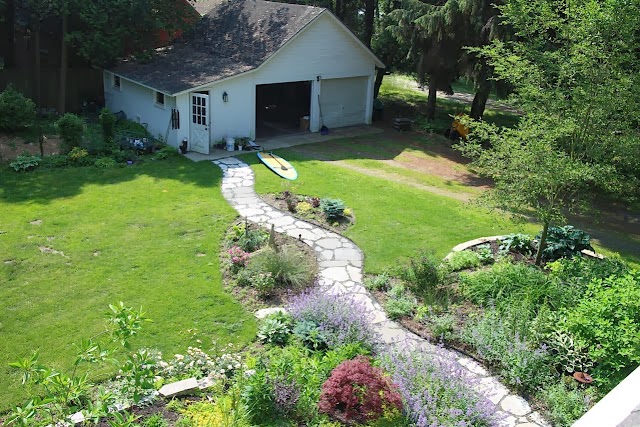 Now that I’ve run through some of the many styles of gardens, the natural question is, “What kind of garden do I have?”
I think for me it’s safe to say that, strictly speaking, I have none the types of gardens I’ve talked about. And I bet that’s true for most of you. I think most gardeners tend to create what they naturally love, rather than strictly stick to a particular style. The exception to this would probably be people with houses that dictate a particular style. 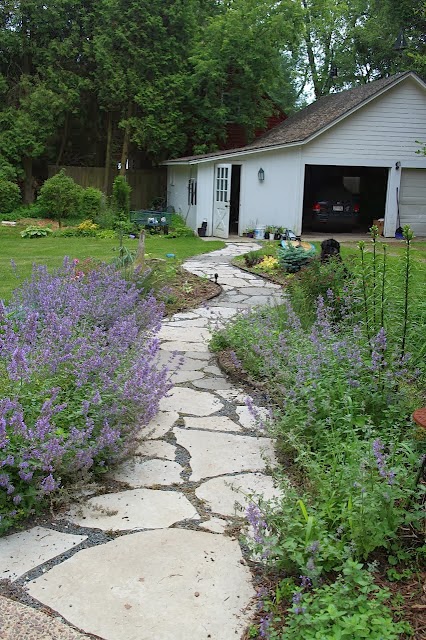 I have a friend who wanted to create a garden in her yard shortly after she was married and asked me for some tips. When I asked her what kind of garden she liked, her main criteria was that “None of the plants touched.” She couldn’t handle the somewhat disorganized nature of a cottage garden but she didn’t want the maintenance of a more formal space either. (As it turned out the marriage only lasted one gardening season so the no-plants-touching-garden never came to be.)

Until I did that post the other day on cottage gardens, I would have told you that’s what I have. But even I got a little shaky looking at all those intermingled plants. I’m no neat freak, and I will take asymmetry over symmetry any day, but when I looked at most of those pictures I thought: 1.) Eek, get your pruners out! 2.) I bet there are millions of snakes hiding in there. 3.) Too much! It’s all too much! 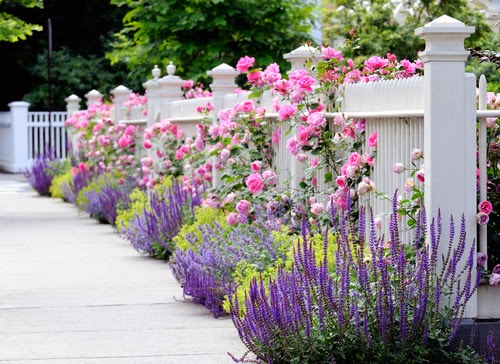 I pointed out that one of the more organized garden photos (above) was one of my favorites. And I know why. Because it’s informal in its plant choices but the repetition creates order that I, apparently, crave.
I loved the comments I received after featuring different garden types. Some people were dying to get away from the angular nature of modern and formal gardens, while others, I suspect, felt like they needed to shower after looking at the cottage garden pictures.

That’s why I love looking at other people’s gardens. I think they say so much about the gardener. They are such a personal expression of who we are.

There is a lot of “cottage” in my garden. I like plants and a lot of them. But even reviewing pictures of my garden from last year, I’m not entirely happy with what I’m seeing. I think I would like a bit more definition without being militant about it.

I think that’s the thing about gardens for me: Much like interiors, I wouldn’t want to live with the same design forever. So my garden continues to be a work in progress. Where it leans cottage now, I’d like to balance that out with a few other styles. I think you can mix and match most styles in the same yard, so long as you have repeating elements that tie them together.

As my garden fills up with plants, it’s not so much about the quantity anymore, but more about the design. I like to think of it as the progression of a gardener.

So what kind of garden do you have? And what kind would you like to have?