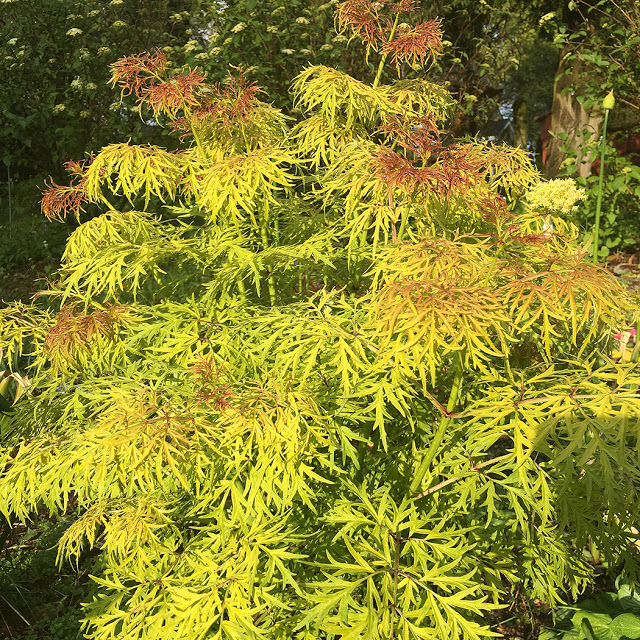 Gardening is happening, people. That’s the main reason for my absence so far this week. We’ve had amazing weather recently, but no mosquitos, so I’ve been gardening pretty much any time I’m not at work or sleeping and it’s still light out. And I’ve been taking hardly any pictures. That’s the problem when you really get in the zone: There is no time for picture taking or coming up with blog post ideas in your head.

Despite all the time I’ve spent in the garden recently, it still looks pretty shabby. The weeds are flourishing and I’m trying not to add mulch this year (it’s an expense I’d like to avoid if possible this year) so it’s a constant fight right now. I did get the bed on the north side of the house divided in two with a mulch path and I’ll show you that once I get it planted up a bit more. I’m happy with that change. 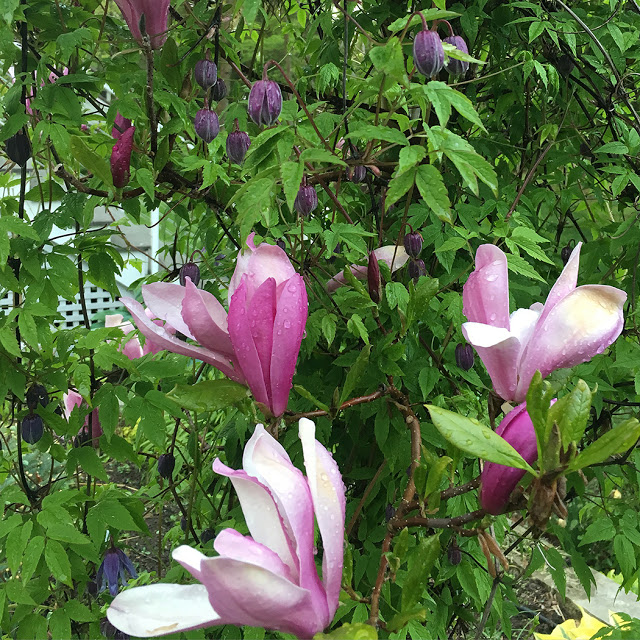 The annual garlic mustard weed nonsense continues. I’ve done pretty good staying on top of it this year, but white flowers (which means seeds) are starting to pop up on the perimeter of the property and I always feel bad about “sharing” that with my neighbors so I need to get out there and take care of that.

I’ve planted very few things so far because I’m waiting for the soil to warm up just a bit more before I start plunking annuals in the ground. Most are hardening off now and I hope to tackle some of that project over the long holiday weekend.

It’s still too early to plant tomatoes here, but I did get some kale, celeriac and parsley in the ground (in addition to the things I direct sowed several weeks ago). I’m trying to have pretty veggie gardens this year, so I’m trying to space things more appropriately and maintain lines vs. my habit of plunking stuff in wherever in the past. And that’s why I noticed something strange in one of the raised beds last night. There was a mound of soil that I know wasn’t there the day before. When I went to investigate, I found feathers sticking out.

With hands fully gloved and tool in hand I started digging and I realized this thing was buried pretty deeply. It was big! I believe it was a chicken wing. The neighbors have (um … had?) chickens so that makes some sense, but why in the world was it buried in my garden? 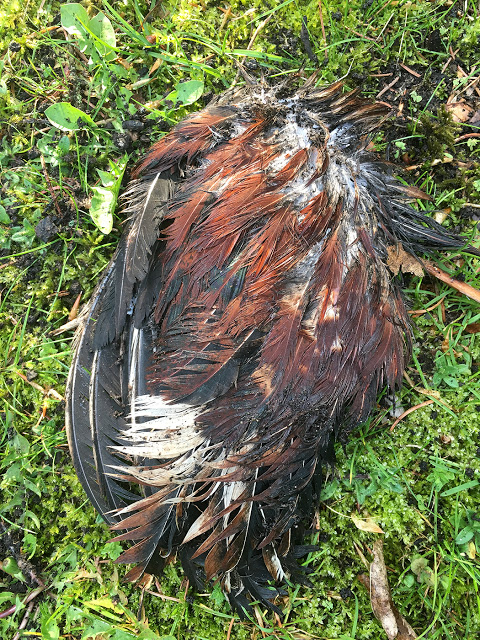 I did a little googling and apparently foxes are known to bury parts of their kill that they don’t immediately consume to come back for later. There are at least a handful of foxes in our neighborhood (they are welcome residents because they keep a good handle on the rabbit and rodent population), so again, I’m guessing the culprit was a fox.

I dispensed with the wing and smoothed my garden over last night. And then I came out this morning to find the celeriac a bit disturbed and a rather significant hole dug where the wing had been. Apparently whatever buried that wing did indeed come back looking for it. I so wish I had a trail camera to set up in the area. Now I wonder if he or she will be back again. I really hope this doesn’t become a habit because gross, plus that’s not going to be easy to grow veggies there.

That’s the update from my garden. What’s happening in yours? Isn’t it fantastic to be consumed by gardening again?