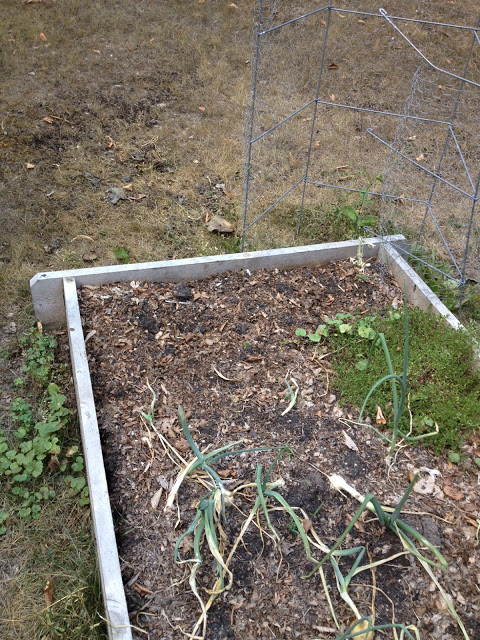 I went away for five or six days over the weekend (you probably noticed since, unlike much more organized bloggers, I can never seem to stack up posts to automatically go up when I’m not home) to do a bit of sailboat racing. It’s always interesting coming home after you’ve been gone for a bit. Gardens, more than almost anything else I can think of, change all the time, but we rarely notice these changes because we’re always puttering around in them and miss the subtle changes. But those changes are not so subtle after you’re gone for a bit.

We have great housesitters, but their primary job is to take care of the animals and water the containers. I expect the garden to mostly manage itself in my absence (and I watered darn near around the clock to prepare for my departure). So I expect the garden to be a bit unkempt when I return from a few days away.

What I didn’t expect to find was an empty spot where my zucchini plants were growing when I left. I kicked the zucchinis out of the raised veggie garden when I won the white cedar raised bed from Earth Easy (through a North Coast Gardening contest). I assumed no creature would be interested in the pokey leaves of a zucchini and the take up way too much room in the garden to get premium placement in the main veggie garden.

When I left last week, I had harvested my first zucchini and there were several more growing. And now there is nothing. Not even a sign that the plants were every there. If I hadn’t eaten that one delicious zucchini I would have thought maybe I imagined planting them.

I asked the housesitters if they had any ideas as to what might have happened to the plants, but they knew nothing.

So here’s what my super investigative brain deduces:

The motive
Some animal thought the ripening zucchini looked pretty tasty and dug in for a taste. In the process of trying to pull the fruit off the vine, it actually removed the entire plant. The soil in that bed (as well as everywhere else) is dry and very finely textured, so I think it’s possible that a good tug could pull a whole plant out roots and all. What I don’t understand is where the plants went after that as they are nowhere to be found. 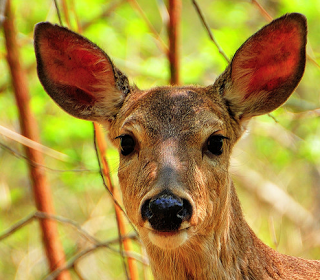 The deer were very active while I was gone. The hydrangeas have been trimmed, as were some of the petunias in the big container. The drought has them trying almost anything I think. 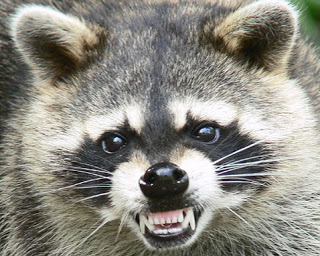 We have a burgeoning raccoon population at our house this year. I’m not sure what sort of damage raccoons might do to a zucchini plant, but I know they massacre corn. 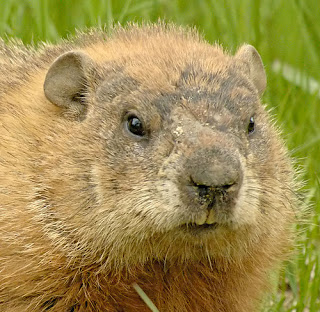 While I’ve not seen a woodchuck around, I know they really can wreck havoc in a garden. 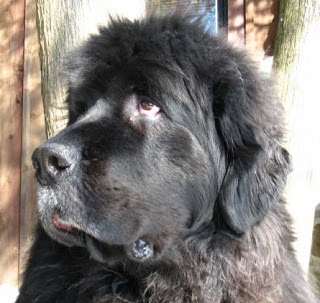 Sadly, this cute face (aka Hudson, aka dog No. 1) is a bit of a garden thug. The boy likes his veggies (so much so he has his own tomato plant) and if he getting into the fenced-in garden he eats everything he can get to (mostly lettuce and Swiss chard).

Being called in for questioning

The only problem is that he’s not talking.

Of course, as someone  mentioned on the Facebook page, there is one other possibility: it’s the work of the Anti-Zucchini League.