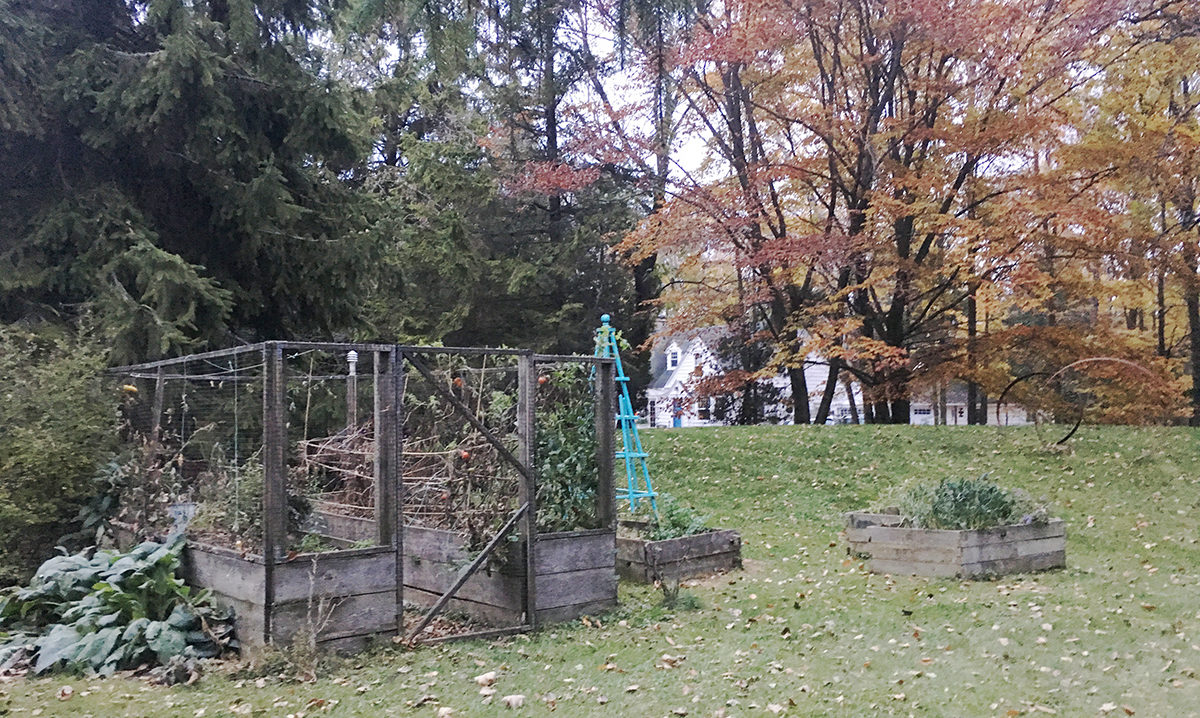 You might have noticed that I didn’t write much about the vegetable garden this year. That’s not because I didn’t grow vegetables, but it wasn’t my best year in the vegetable garden.It’s been my pattern to really let a garden slip after I’ve developed a plan in my head for how I’m going to change it. The most recent example of this was the circle garden, which looked like utter garbage for at least two years before I ripped it all out last fall and redesigned it.

The vegetable garden has been on my mind for a few years now and I’ve been gathering inspiration on every garden tour I’ve been on and all over the Internet. And here’s my conclusion: I want a vegetable garden that is as beautiful as it is practical. Veggie gardens do not have to be particularly pleasing to the eye, and one might argue that the most productive vegetable gardens are anything but. But I crave that perfect balance of producing food in the midst of a gorgeous garden.

I know my dream is perhaps a little unrealistic, especially for a gardener who has never been good about perfect spacing and daily maintenance in a vegetable garden. But if I aim for veggie garden utopia, I imagine I can land somewhere around “really pretty garden.”

I was hoping to share this idea with you when it was either in the works or very close to it. I was also hoping to plant garlic this fall in the first stage of a new vegetable garden. None of that happened because sometimes that’s how life goes.

The primary holdup has been a couple of enormous spruces. These are some more trees on our property that have been scalped on one side by the power company and don’t offer much in the way of screening or aesthetics. They are also blocking a lot of sun to the existing and future site of the vegetable garden. Right now I’m getting away with a part-sun vegetable garden. More sun than shade but by no means full sun. And I do OK in that situation, but we all know that most edibles appreciate a lot of sun and if I’m going to make the investment in an upgraded vegetable garden, I want what I plant there to grow well. In other words: Those trees have to go. 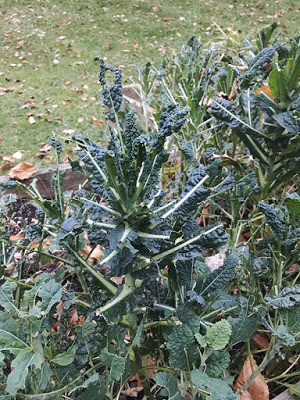 I’ve also come to the realization that I’m sick of being limited to growing only certain plants outside of the raised bed that has a fence incorporated in it. Some years I get away with it, but this year, for instance, the kale never stood a chance thanks to the pair of young deer with indiscriminate tastes. (Kale has never been an issue in the past until last in the season.) 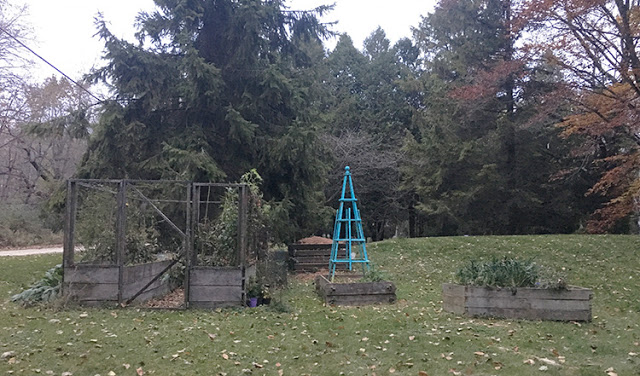 For me, raised beds are the only way to for growing edibles. It’s just that I need a lot more of them. Although I have enough space in my current vegetable garden setup to grow small quantities of several different edibles, I don’t have the space to properly rotate crops like I would like, so I’m constantly fighting disease issues, particularly with tomatoes.

So here’s what the dream vegetable garden would look like, all encompassed within a fenced area:

Earlier this summer, this WAS the plan. Then I did the math and it didn’t really work out in my favor. So it seems likely that this is a project that is going to have to be developed in stages. Brick paths, gravel and espalier trees can wait, even if it makes me sad. The immediate need is level ground, raised beds filled with soil and a fence.
I was hoping by now that some of that would have been accomplished, but it seems this has fully turned into a spring project at this point. But goals are good, right?
vegetables
by Erin @ The Impatient Gardener
7 Comments
previous post: What to do with all those leaves?
next post: A new look (for the site & the garden)