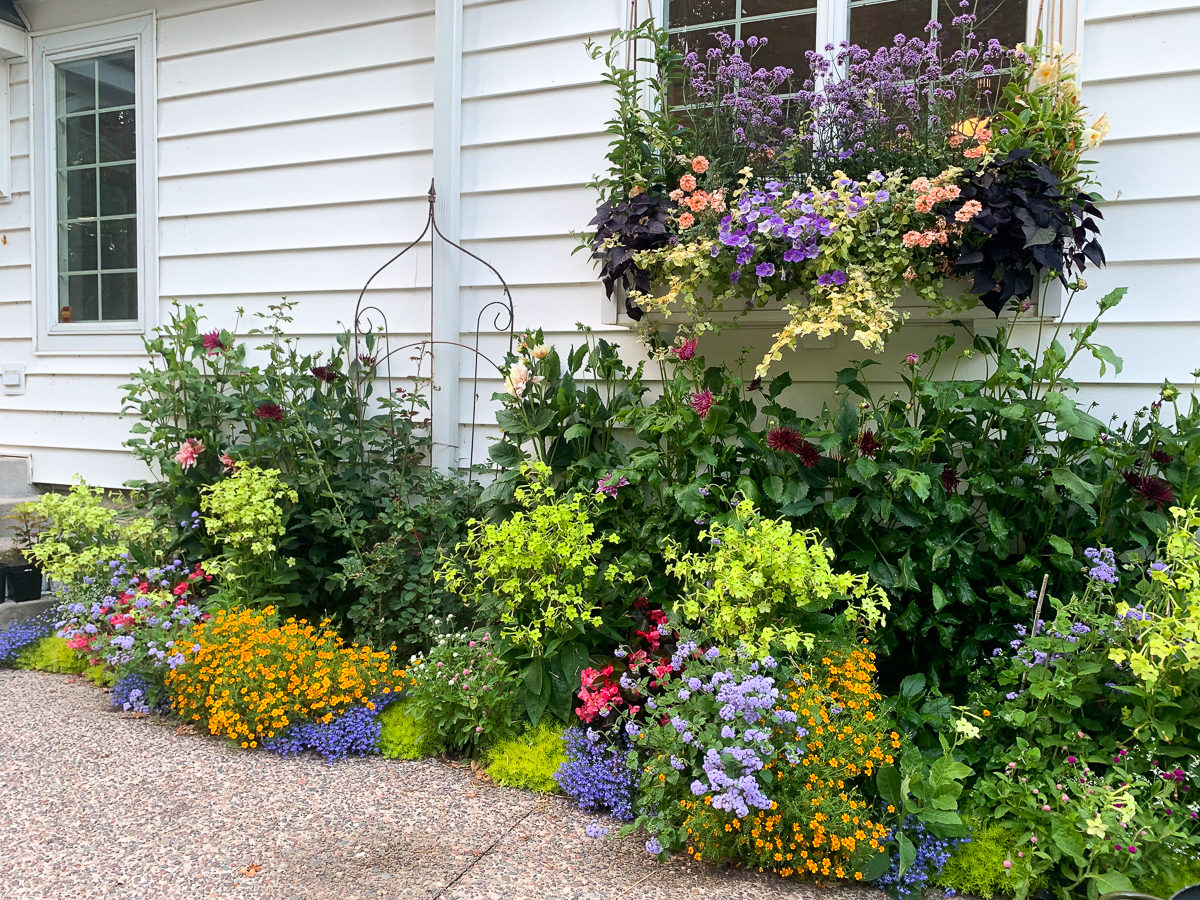 I feel obligated, as I do from time to time when I disappear for a few weeks at a time, to apologize for being a bit scarce. There was a reason for it a couple weeks ago and then, well there wasn’t and now in this new world we live in I can’t even really fully remember what that reason was.

I will only say this about this surreal world we now find ourselves living in: I am so thankful that gardening season is around the corner. I’m certain it will keep me, and a lot of other people, sane.

For now, though, around the corner is exactly where gardening is. Other than what’s happening inside—which is my usual seed-starting folderol—there’s not a lot of gardening happening here. The ground is still mostly frozen so as usual I need to do my best patient gardener impression.

But we were able to get one job checked off the spring work list: installing a new trellis on the front of the house. 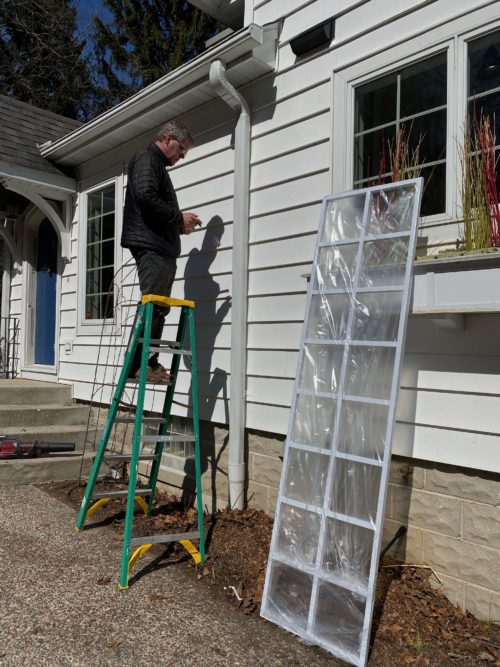 Although it wasn’t difficult to mount, I made Mr. Much More Patient do the part where we had to drill into our (discontinued and therefore not repairable) vinyl siding.

You know how people fix up all the little things in their houses before they put them up for sale and then wonder why they didn’t do it sooner? That’s sort of the story of this trellis (although we are not going anywhere).

When we did the big renovation 10 years ago (which still seems like yesterday), we ended up with a downspout smack dab in the middle of the house. It drove me nuts the day the contractor broke the news to me and it still drives me nuts today.

At the time the best I could do was an inexpensive wire trellis plopped in front of it onto which a series of climbing roses have grown, some with more success than others. I didn’t like it much when I stuck it there, but it became part of the landscape, like the chipped paint on the stair risers in my house that I deal with by averting my eyes. 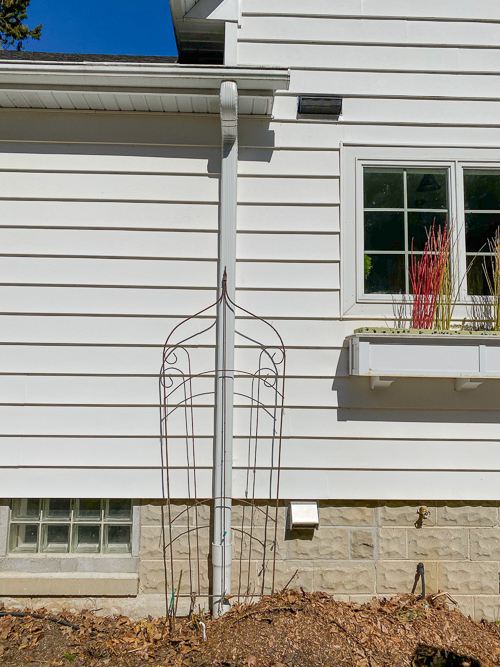 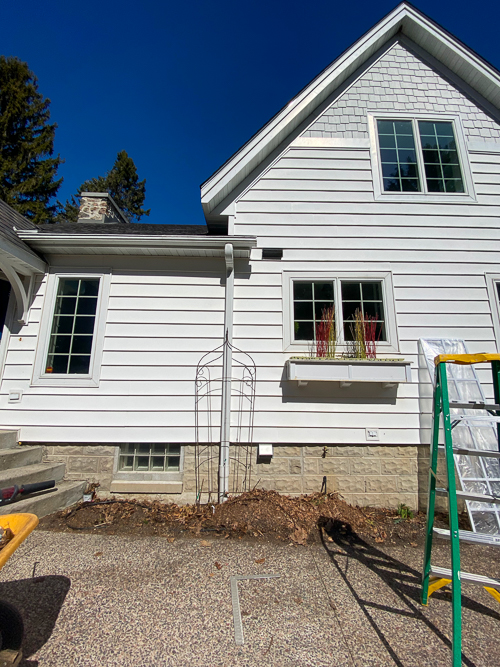 As per usual, I didn’t think of taking a “before” picture until we were already into the project, but you get an idea for how the old trellis just wasn’t cutting it.

And that’s how it stayed until a couple weeks ago. “Influenced” on Instagram by a lovely photo of a very simple but sturdy trellis on the front of a house, I went off in search of something similar and landed here. Shipping for the aluminum trellis was a problem though—boxes over 8 feet long get tagged with a nasty oversize fee. To avoid that, I worked with the owner to come up with a trellis that is just a touch under 8 feet long by 2 feet wide with legs that insert in the bottom. It connects to the house through two brackets at the top and is sturdied by the legs at the bottom. 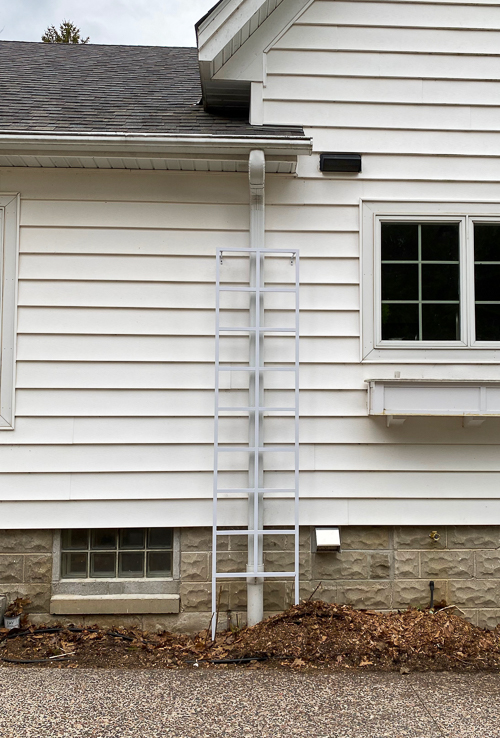 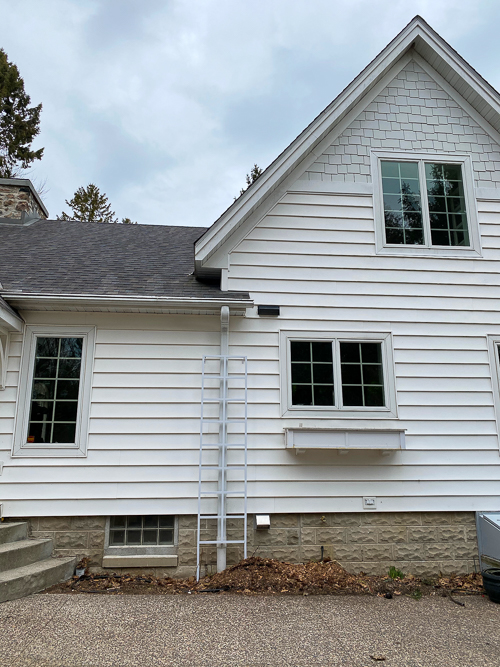 The after is already better, even with nothing growing there. The climbing rose, by the way, is that lump on the ground near it. I’ve had good success overwintering canes by tipping them over and burying them under compost and leaves.

If you’re looking for the downspout, it’s still obviously there, but my hope is that ones things are growing up that trellis it will all fade into the background.

A climbing rose called ‘Autumn Sunset’ grows there and it would be great if it had a good year. Sawfly Larvae have been terrible for several years now but they weren’t as bad last year as they were the year before so perhaps that’s reason for hope. 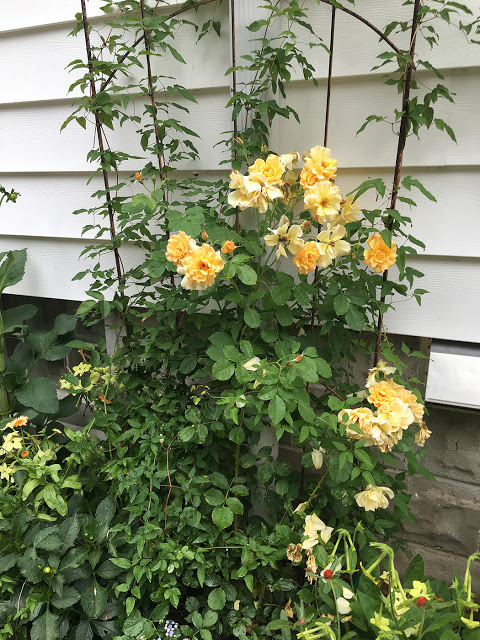 I’ve grown a number of clematis there as well, but last year I replaced what had been growing there with one of my favorites, ‘Perle ‘d Azur’, which should have no problem reaching the top of that trellis and then some. Of course both of these plants will have to be tied into the 1-inch thick framework of the trellis, but I can handle that.

I look forward to seeing what it looks like in summer, but the true victory here is that it looks so much better even without plants growing up it.

All of which has me wondering: Why didn’t I do this sooner? 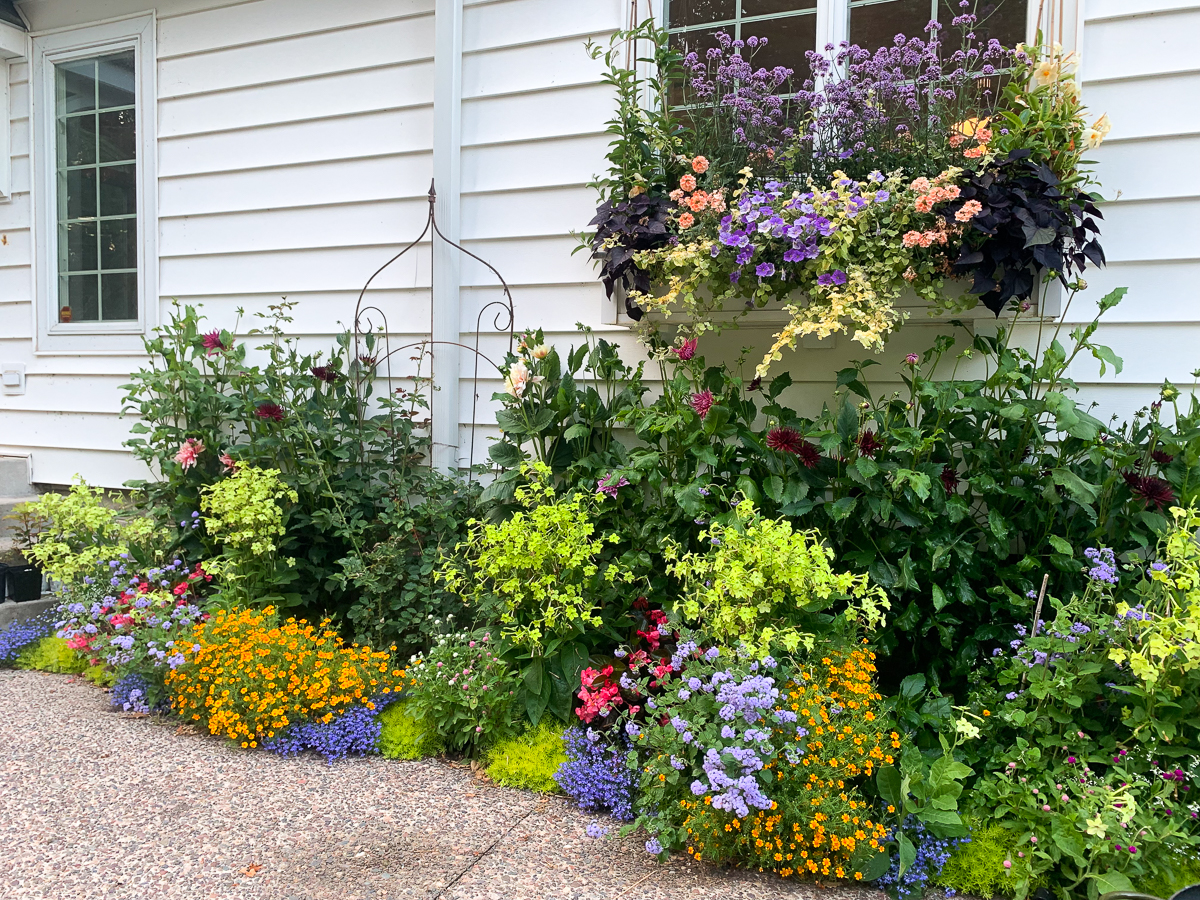 Squint a little and you can imagine what the new trellis will look like here this summer.

rose trellis
by Erin @ The Impatient Gardener
17 Comments
previous post: Do I dare to dream of spring?
next post: Compost 101 (Just do it)