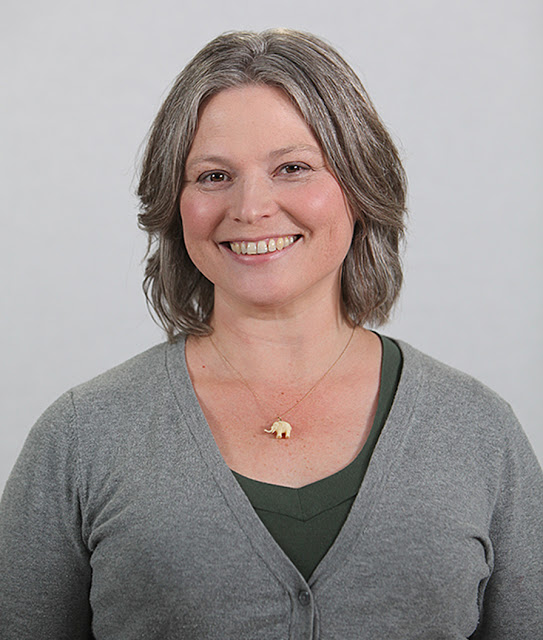 Stacey Hirvela didn’t get into gardening the way many people do; it wasn’t something she was surrounded by. But her grandmother grew lily of the valley by the garage, and young Stacey was allowed to pick as many of the flowers as she wanted. It wasn’t until she was older that she discovered gardening for herself and realized how head over heels in love with it she was.

She was a senior linguistics major at the University of Michigan when she realized that the idea of gardening for living was more attractive than what she’d been studying, she said. The next stop was the New York Botanical Garden’s school of professional horticulture, an eduction she credits with giving her a well-rounded horticulture education, rather than a more narrowly focused one that she may have gotten at a university graduate program.

“I got a plant-focused education that has done a lot of good for me,” Stacey said. “I have to say, it’s pretty hard to stump me on a plant ID.”

That education led to jobs many gardening fanatics would classify as dream jobs. Stacey was the head horticulturist at Tavern on the Green in Manhattan, senior assistant garden editor at Martha Stewart Living magazine and now she’s the horticulture marketing specialist for Spring Meadow Nursery (the folks behind Proven Winners Colorchoice Shrubs).

I first ran into Stacey when she was with Martha Stewart Living magazine, when she was a speaking at one of the first Proven Winners Outdoor Living Extravaganzas. I remember being completely entertained by this woman who was easy going, fun, maybe a little rebellious and not at all the straight-laced mini Martha I had been expecting. Our paths have crossed here and there over the years and I thought she’d be an interesting person to feature here.

Spring Meadow Nursery is located on the other side of Lake Michigan from me so I have a bit of an idea what kind of conditions they grow in there. Stacey, who has worked there for almost six years, said working inside the plant industry is treating her well. If you reach out on social media to Proven Winners Colorchoice Shrubs with a plant question, most of the time you’ll be talking to Stacey.

“This industry is so full of great people and I love my job because I get to work with home gardeners every day and help them one on one,” she said. “And I get to see plants go from the trial gardens to the naming process to becoming a huge hit.”

Working and living in Michigan has also offered Stacey the opportunity to have her own yard to garden in. Stacey and her husband are renovating their house and have been waiting until after they finish the exterior to really dig into a true garden design, but that doesn’t mean there’s no gardening happening in their yard.

“I’m an equal opportunity plant geek, but the more that I work in my yard and select plant, the more I just fall completely in love with native plants,” she said. “I’ve come to see my garden as more of a stage for nature. I sort of like to create a setting where nature and birds are the performers.”

Michigan’s lakeshore communities are typically full of sandy soil and Stacey said her yard is very sunny, so plants have to withstand an extreme environment to survive there (although the excellent drainage and insulation from the lake allows plants that may push the 6a zone to survive when they might not otherwise, she said).

Despite holding off on a “design” for the garden, one has formed nonetheless, she said.

“There was a big old veggie patch in the back that was all weedy and neglected and when we moved we basically just dug everything into that bed as a holding area,” Stacey said. “Now that’s basically a border. It’s kind of hilarious because it’s fairly haphazard, but it works.”

“For me it stems from the fact that I cannot stand to see things that set people up for failure in the garden,” she said. “People already have so much fear about being in the garden and when it doesn’t work they blame themselves. There is this weird thing in gardening where if people fail once they take it so personally as if at the end of their life there is going to be a personal recounting of every plant they’ve killed. There’s no such thing as a black thumb, just people who don’t know how to garden yet.”

Take one of the most popular garden myths, for example. Epsom salts are supposed to do everything from make plants grow perfectly to kill weeds (I still struggle with how both of those can be true) to magically making tree stumps disappear.

“First of all, it’s salt, so people should know that salt and soil are not good friends,” Stacey said. “But people love this idea that there’s this thing sitting on their shelf that’s going to provide horticultural miracles. And the recommendations for Epsom salts are ridiculous when you look at what it contains. Magnesium and sulphur are essential nutrients but they are rarely lacking in soil, so when you use it you’re just polluting and using an unnecessary chemical. I just dislike that it pulls people farther from understanding plants.”

Other common myths that draw Stacey’s ire are putting a whole egg in the bottom of a pot before planting (“It’s just going to rot and you might be in for a really nasty surprise when you empty your pot in fall”) and putting a diaper in the bottom of a hanging basket (“It holds water, it doesn’t give back water. It just serves as a water reservoir that is going to cause a disposal issue. It’s unnecessary and takes up room in the container so it’s really just making way more work for zero benefit.”)

Even though there being no scientific reason for some of these myths to work, why do people swear they have success with some of them?

“The people who seek these things out tend to be people who take good care of their plants anyway,” Stacey said. “If it works, it’s them, not the Epsom salts.”

And while these myths are annoying because they just don’t work, the bigger issue, says Stacey, is that they continue to make plants seem like complicated things to be kept at arms length.

“There’s not a lot of awareness of the benefits of gardening,” she said. “People will walk by a yard with a beautiful garden and think ‘I could never do that,’ but that’s because they haven’t tried. Cooking used to be seen as a huge chore for people and now people are really into it. It became this huge thing and I think that could potentially happen for gardening. If more people gardened it would be great.”

STACEY HIRVELA’S MUST-HAVE PLANTS FOR HER OWN GARDEN