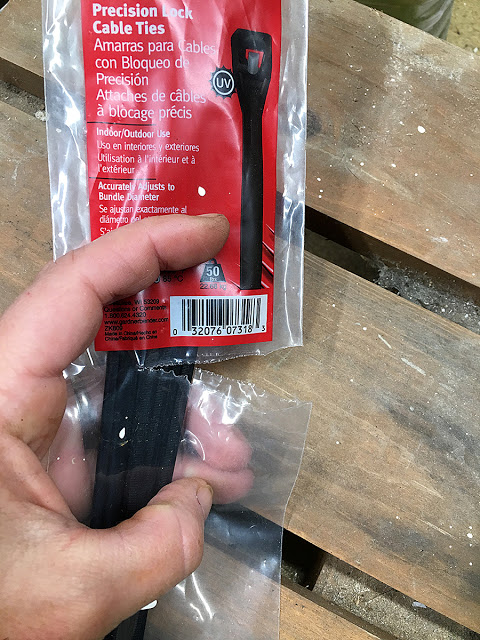 I had a lot of questions about my winter window box so I’ll share a little tutorial (more of a tips and tricks because the how isn’t as important as the way you get there). While I was doing the window box last weekend I realized that I use a lot of plastic cable ties in the construction of just that box, not to mention hanging garland and so much more.

By the way, I call these things wire ties, but I have no idea why. That’s what Mr. Much More Patient has always called them (were they designed to tie wire?) so it rubbed off, but it never says that on the package. Some people call them zip ties. I digress. The point is, I wanted to share with you the simplest tip in the world for using wire ties.

When you buy a package of the ties, they are all laying flat and you cut the top off to get at them, right? WRONG. If you cut an end off all of the ties will fall out the second you pick up the package.

The place you should cut is smack dab in the the middle of the package. This way you can reach in and pull out a flexible tie from the center. It will bend to come out of the package but you won’t lose all the rest of the ties the first time you move the package. 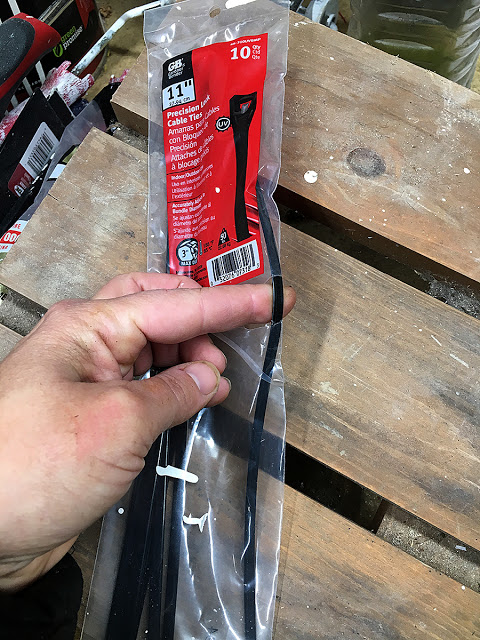 I first saw this tip when we were working with an electrician in New Zealand ages ago. It makes so much sense I can’t believe I didn’t figure it out on my own, but I rarely see people doing it.

Like I said: ridiculously simple. But also one of those tips that might just save your sanity this time of year.