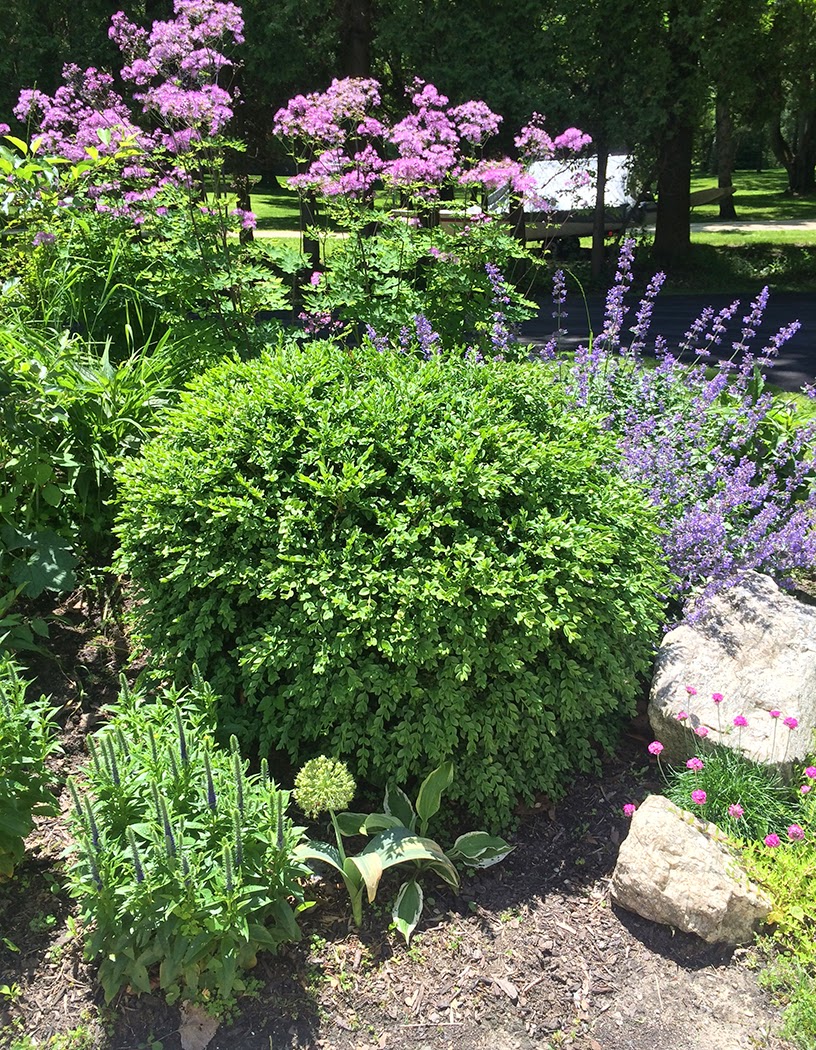 I am an unapologetic lover of meatball boxwoods. I know plenty of people abhor manicured shrubs, particularly squatty balls of boxwood. I’m not one of them. They make me oddly happy. So much so that I just added three more potential meatballs to my garden despite the threat of boxwood blight.

The ‘Green Velvet’ boxwood on the corner of the main garden has been a fixture there for several years now (I’m guessing maybe seven or more) and despite the fact that it gets buried in snow from the driveway every winter (or maybe because of it), it has thrived there.

I’ve always been a little bashful about getting in there and really pruning it tightly. But this year it put on a lot of new growth and was starting to look a bit like a shaggy monster. In the past I’ve pruned it with just hand pruners, but this year I brought out the big guns: A proper hedge shears and some newly purchased sheep shears (picked up specifically for this purpose) for the detail areas.

I found that it was easiest to prune it in hemispheres. So first I followed the prime meridian in the middle of the shrub, then I did the equator, all with the hedge shears. After that I just filled in from there. When I had a rough cut finished, I went back with the sheep shears to clean it all up.

I probably took off a good 5 or 6 inches of growth, which not only neatened it up, but made it fit the space a bit more. When I was finished I took care to clean up the clippings really well. Even though boxwood blight is not in my state yet, it’s probably coming and it pays to be tidy when dealing with fungal diseases. 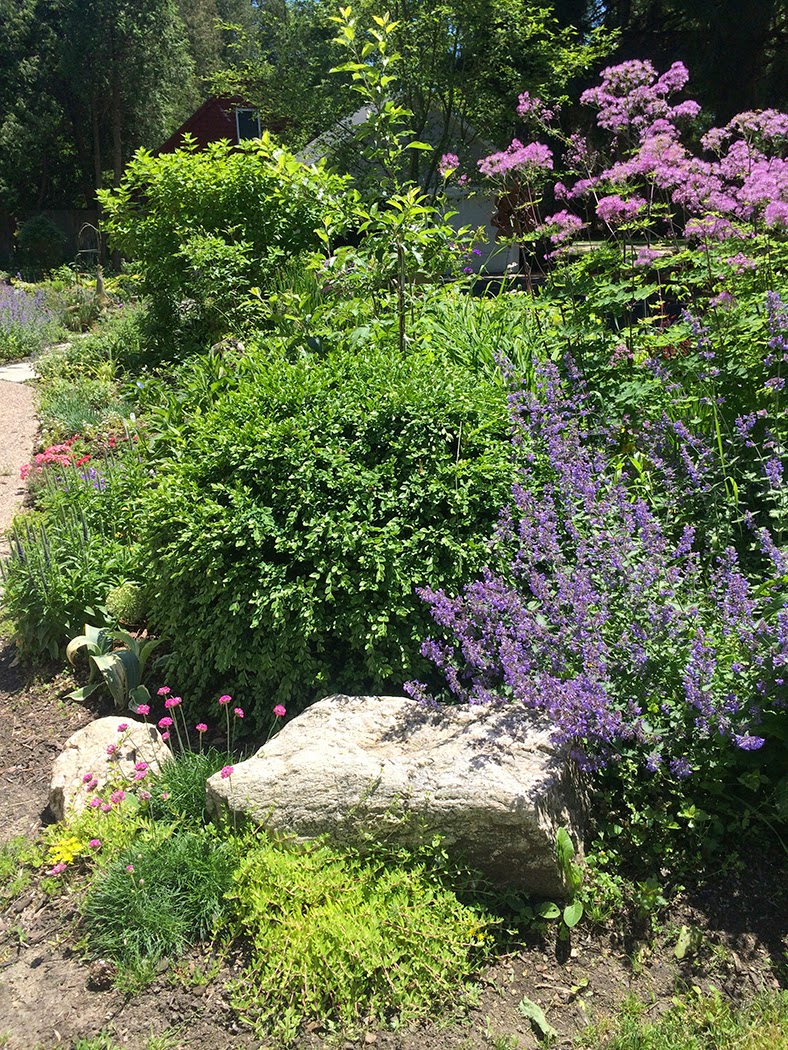 I like to prune boxwoods in late June or early July after they’ve put out their major flush of new growth but with plenty of time for any growth that is spurred by the pruning to harden off before winter.

This tightly pruned look isn’t for everyone, but I love it, especially nestled amongst some of my more natural-looking plants, like the Nepeta ‘Walker’s Low’ behind it that flops rather delightfully around it.

meatball pruning boxwood
by Erin @ The Impatient Gardener
4 Comments
previous post: A GUIDE TO THE GARDEN
next post: BAG IT UP: HOW TO PROTECT FRUIT FROM INSECT ATTACK