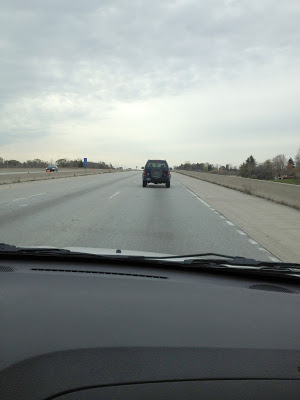 Fair warning: After writing this post I realized it has what we call a “niche” audience. So for those of you who don’t give a rip about shopping, or Ikea or what I did this weekend, allow me to summarize. We went to Ikea. It was a long drive. My husband got real cranky. I got what I needed but didn’t get to do any of that fun stuff women call “browsing,” and I got a lot stuff to do more projects with.

If you follow the Facebook page, you knew that on Sunday I borrowed the company minivan (back seats permanently removed), loaded up the iPhone with music, grabbed Mr. Much More Patient and headed down to the Ikea in Schaumberg, Illinois. It’s only the second time I’ve been to Ikea and the first time was pretty much a disaster, so I was hoping for a better result this time around.

I did a little bit of homework this time around, asking Ikea-savvy friends for tips and printing out my shopping list online prior to leaving (and I definitely checked to make sure the main items I wanted were in stock). Obviously it wasn’t optimal to go on a weekend, but you have to go when you can.

It was about a two-hour drive, although we certainly made good time on the way down with Mr. Leadfoot (previously known as Mr. Much More Patient) at the helm. In fact we owe a debt of gratitude to the driver of this car, who paved the way at speeds in excess of 80 mph for a good portion of the drive.

We actually happened upon a pretty good parking spot, considering that we arrived at 11:45 a.m. on a Sunday morning. That was key because a bit part of my plan was multiple trips to the car.

The two big items I needed were two sections of Lagan beech countertop for the back counter in the office and a Vika Byske table top for the desk. We made our way straight to the ground level warehouse/check-out area and picked up the items after a lengthy discussion of what the inventor of a cart with four wheels that all rotate (meaning that the odds of taking an unsuspecting shopper out with a 96-inch long piece of countertop was not just possible, but probable) was thinking. We had to pick up the countertops in the large furniture area so that was an additional wait but they played HGTV in the waiting area so who cares.

Then we loaded those up in the van and came back inside for the rest of the items on the list, which were mostly cabinet pulls and a handful of accessories. I have to say, with all the renovations we’ve done in our house, I’ve become something of an expert at cabinet hardware shopping and the prices at Ikea are really pretty amazing and the quality is far beyond what I was expecting.

Then we ate lunch. I think this is where things started to really go downhill. The cafeteria area was basically crippled with a lot of people walking around not really knowing where to go (like we were) and not knowing what they wanted to eat. I was shocked at how many different languages I heard being spoken. It’s a pretty amazing thing that Ikea is probably the most multicultural place I’ve been in the U.S. other than the international terminal at O’Hare.

Sometime in between the first and last meatball on the plate it became clear that I was running on borrowed husband time and I had better made quick work of getting whatever else I needed. We were whipping through the floors so quickly that the only thing I had time to grab was a couple bundles of hangers. At one point, as we were making our way through the maze that you must traverse in order to find a way out of the store, we passed a mother telling her children, “OK, kids, we’re almost finished here.” And Mr. Not Very Patient Anymore (previously known as Mr. Leadfoot and Mr. Much More Patient) turned to the woman and her kids and deadpanned, “There is no ‘almost finished.’ We’re all trapped.” I figured it was time to hightail it out of there before some Swedish security guard intervened.

Anyway, we made our way through the checkout one more time and headed back to the car for a rather exciting drive home, thanks to Mr. Get Me the Heck Out of Here. This week we’ll get the counters fit to size and hopefully I can start the staining process soon. I hope to end up with something that looks like this.

Oh, and on the way home we stopped here. Mr. Totally as Impatient as I Am insisted.