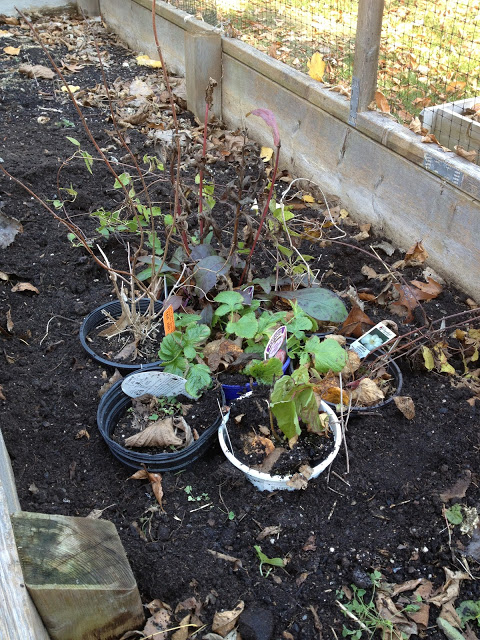 I hope everyone had a good weekend. For anyone on the East Coast I’m sure your weekend was filled with hurricane preparation and I’m crossing my fingers for all of you that it’s not as bad as they say it’s going to be.

I made these pumpkin banana muffins this weekend and they are amazing. And even better they are little health bombs. There is no sugar in them at all, an entire cup of flaxseed meal and whole wheat flour. And the “fat” in them is coconut oil, which I think is supposed to make me live to 150 or something like that. Anyway, the recipe is from Dana Slatkin who runs Shutters on the Beach uber chic boutique hotel in California. Her cookbook The Summertime Anytime Cookbook is one of three cookbooks I use regularly. The other two are Julia Child’s The Way to Cook and The Joy of Cooking so she’s in good company. Anyway, try those muffins. (And if you’re interested in more recipes that I fancy, you can check out my Food board on Pinterest, but be aware not everything on there, like the cosmopolitan Jell-O shots that I just pinned, is quite as healthy.)

When I wasn’t playing Suzy Homemaker this weekend, I was trying really hard to get my but in gear on cleaning up the garden. The first part of that was leaf management, which thankfully is handled almost exclusively by Mr. Much More Patient who mulches them all up into little bits for the compost bin and their own pile for use as mulch later one.

The first item on my garden agenda was tucking away what I call “the forgotten plants.” These are all the things that didn’t get planted during the summer. Although I know that technically you can still plant at this time of year, I’m not a huge proponent of it. I feel like plants just don’t have the opportunity to put out any real roots in their new spot before they are tested by the Midwestern winter so I prefer to keep the forgottens in their pots and heel them into the ground until spring. I discovered last year that the raised veggie garden is the perfect place to do this. The soil is very easy to work so it’s no problem to sink them, then I just fill up the beds with leaf mulch. When spring comes, I can pull them out, work the leaf mulch into the soil and plant them when the ground is workable. Of course, that’s not always how it works out, especially since I know I stick a few of those pots in the ground for at least the second year, if not the third. Oh well, they’ll have big root systems by the time I finally get around to planting them. 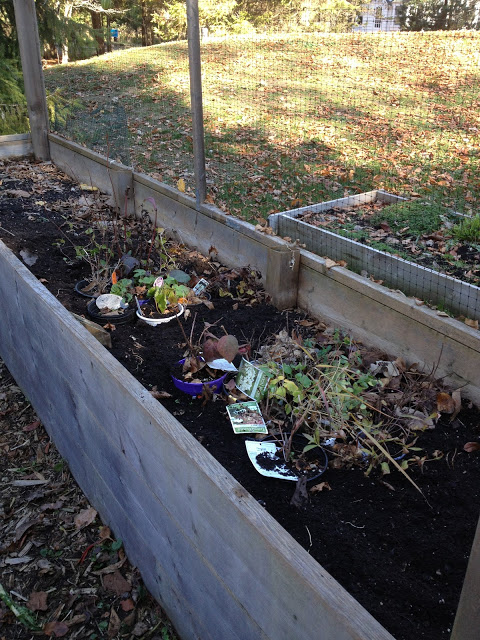 I also found a certain amount of irony in how beautiful some plants were looking, even as I cut them down for winter. I don’t cut back all my perennials in fall, just the ones that get particularly floppy or are prone to reseeding themselves. I like to leave some things, especially grasses, standing for some winter interest, but at the same time I don’t like making more work for myself when cleanup time comes in spring. Last week, a nursery owner speaking to our master gardener group said that he cuts all the perennials back in fall but leaves all the plant material on the ground to act as a mulch. In fact he never cleans it up, allowing it to compost in place. That’s too messy of a proposition for me, but the concept of letting the material lay in the garden over winter is interesting. After all, a lot of people add evergreen boughs to the garden after Christmas to act as mulch after they spent a lot of time pulling out all their plant material.

These are a few shots from the Instagram file. Funny how looking at a photo of something sometimes helps you appreciate its beauty more than just looking at it in the larger environment.

What beauty are you finding in your autumn garden? Or is it mostly just mushy hosta leaves by now?

fall Instagram vegetables
by Erin @ The Impatient Gardener
3 Comments
previous post: A skeleton key to the rescue
next post: Spooky (but beautiful) containers + P. Diddy’s packin’ heat (and a shovel)