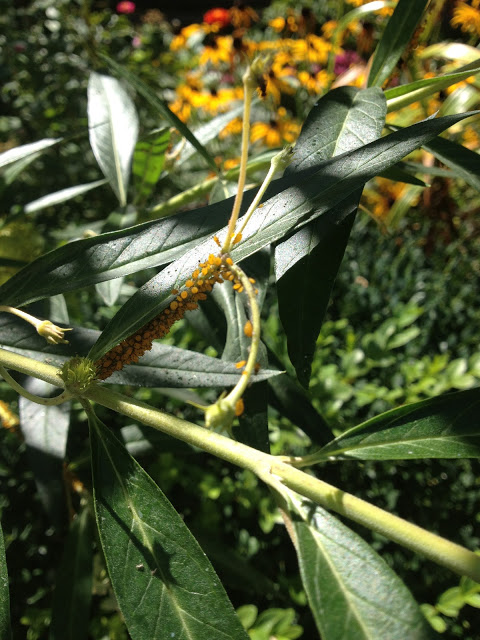 Don’t read this post while you’re eating. Unless you are dieting and want a reason to stop eating.

I have sad news to report on the health of the Family Jewels plant. The aphids love it. I have never actually seen a plant so covered in aphids before in my life. From a distance I thought the stems were turning a pretty golden color. And then I got closer and saw this: 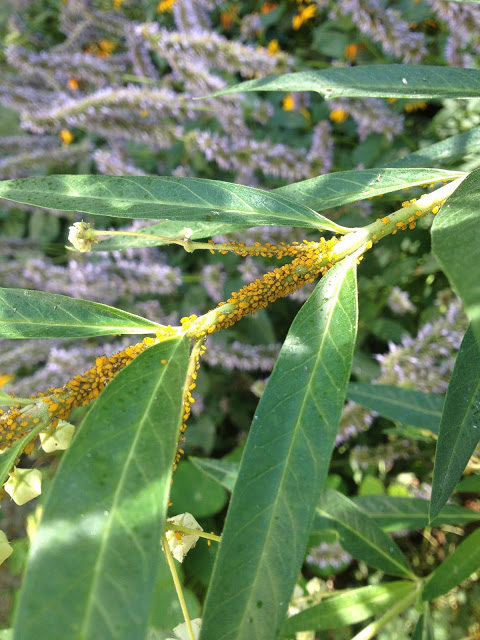 That just skeeves me out, although I’d rather deal with aphids than creepy caterpillar-type bugs. Even though this was clearly a massive infestation, I did try my usual remedies. First I hit it really good with a strong blast of the hose. That probably got 75% of them off, but it was really time consuming and wet because I had to hold each stem individually to get on the underside. I waited a couple days and repeated the big rinse cycle, then went through with a rag and a bowl of water and dish soap and manually removed most of the rest of them.
Three days later it was almost as bad. It’s OK, really. The plant probably got stressed, making it more susceptible to an alien aphid attack. After all, it’s not used to the kind of climate I have it growing in and it has endured one of the worst summers (if you’re a plant, awesome if you’re a lover of beautiful weather like me) we’ve ever had. With the weather turning much colder than it usually is this time of year, it’s not long for this world anyway. So I’ll pull off the seed pods in hopes of saving some seed and then pull it out of the ground. I would have liked to enjoy it a bit longer, but I’ve certainly gotten plenty of enjoyment from it already this season. 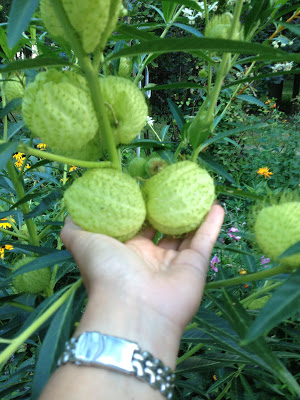