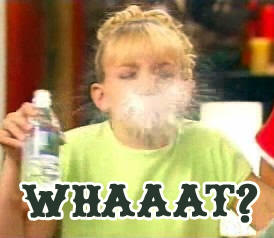 You won’t catch me making any resolutions, but how about a revelation?

We were not supposed to be working on a renovation in 2011. That was never part of the plan. The plan, well, one version of it, at least, was to start this project in early May (2010) and be finished before the Fourth of July. Did you just do a spit-take? If you did, that would have been totally appropriate because anyone who has ever done a renovation or been following our renovation knows how ridiculous that is. The next plan was to start at the beginning of September (again, 2010) and finish two months later, at the beginning of November.

Go ahead, spit out whatever you’re drinking again.

So here we are, a whole new decade. I’m officially in the midst of a renovation that has spanned two decades. And it feels like it.

The good news is that we really are in the final stages. And I’ve learned a lot of lessons along the way (all of which will be shared with you, I promise). But when the holidays came and I looked at them more as a disturbance in my painting schedule than a celebratory season, I began to have a revelation (please forgive the cliche I’m about to lay on you):

Renovating is a marathon, not a sprint.

Remember when I was all gung ho to paint? In fact I even posted on the Facebook page that I actually liked painting (note: my opinion on that subject is changing). I was making decisions like a mad woman. I was bound and determined to be on top of everything, and to know the answer before the question was asked.

And I did a really good job of that until about the end of November, three weeks after when I thought we’d be finished. By then I was burned out. The deadline I had set in my head had come and gone. Some things weren’t going to get done when I wanted them to because Mr. Much More Patient was leaving town for an extended period of time for work, and I just stopped caring. I was on mile 17 of a marathon but I had been running a sprint. And I felt defeated.

Well, now that that pity party is over, it’s time to wrap this thing up. My lack of action has actually put the project further behind, and I can’t hold the contractor accountable when it’s my fault that it’s not getting finished.

So here we are at mile 22. And I’m going to cross that finish line running if it kills me. And if you ever decide to renovate here’s my advice: pace yourself; the finish line is where it is and you’ll get there soon enough.