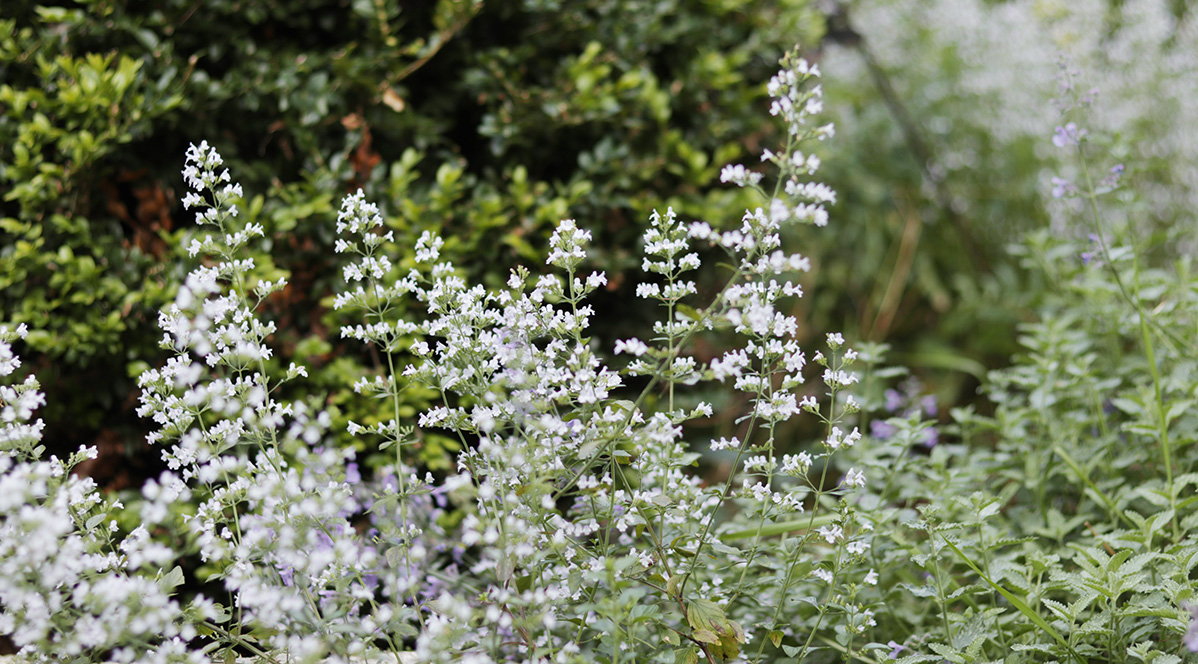 I was skeptical when I first heard about Calamintha nepeta ‘Montrose White’. I’d been to multiple garden talks in which speakers extolled the virtues of this plant. It was a “must-have” they said. But I didn’t think it looked particularly spectacular in photos.

Still, I’m a sucker for a new-to-me plant if multiple people have told me how great it is, it wasn’t long before I ended up putting some in my garden. And guess what? It’s now on my must-have list too. 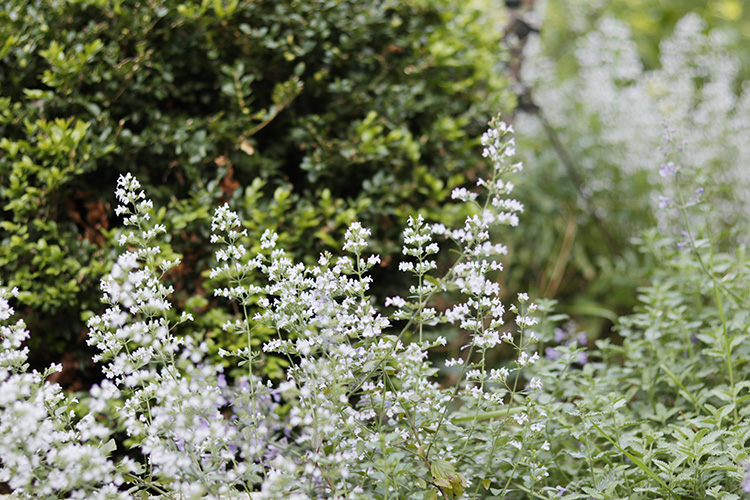 It is difficult to describe this plant because it’s not bold, and it generally looks terrible in a nursery pot. But put it in the ground, walk away and come back one day to a fluffy, ethereal, frothy mass that seems to have come from nowhere. It manages to be both airy and grounding at the same time.

The flowers, which come in later summer and last for several weeks, are tiny little florets that extend nearly the length of the stem. I would say they remind me a little of baby’s breath except that I hate baby’s breath. They have the blueish-gray foliage typical of the nepeta family and the overall effect of the plant when in flower is a white haze. But closer inspection shows the flowers to have a tinge of pink of them.

Calamintha is a member of the mint family, but there’s no need to worry about the manner of ‘Montrose White.’ Unlike many others, this is sterile, so it won’t reseed. It wants sun but handles afternoon shade fine even in my northern garden. I would guess it may appreciate a bit more protection on the hottest days in the top end of its zone 5 to 9 range and winter hardiness has not been an issue in my zone 5 garden. It is said to prefer well-drained soil but I’ve seen it growing in several heavy-clay gardens with seemingly no issues. 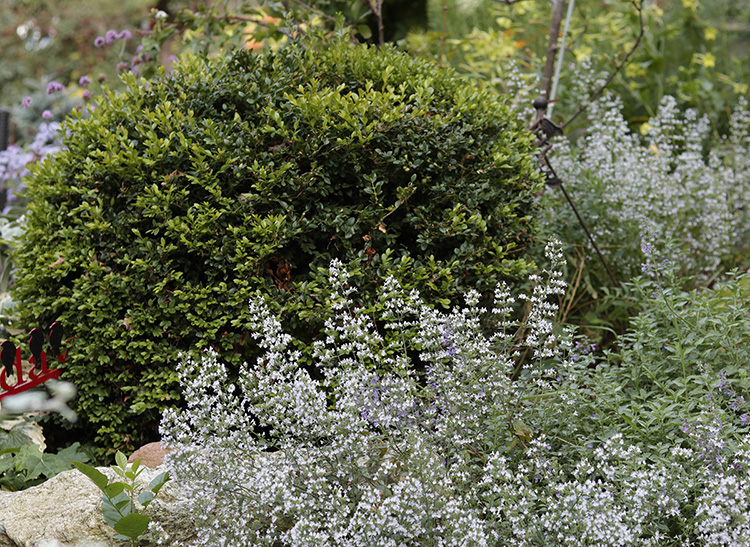 There’s nothing to be done with this plant in the way of maintenance beyond cutting it back in fall or spring after it dies back. And, many gardeners will especially appreciate that it is unsavory to the critters that torture gardens and roam on four long or short legs. Even more gardeners will appreciate that is very savory to bees and other pollinators. There were times last summer when I’d walk by and ‘Montrose White’ seemed to be literally buzzing there were so many bees on it. It’s not difficult to see why it was the Perennial of the Year in 2010.

I’m a fan of a juxtaposition of textures in the garden and Calamintha nepeta works wonderfully in the fine texture roll. It looks best planted with plants of a bolder texture. Last year I planted it with Heucherella Primo Black Pearl and Hydrangea serrata Tuff Stuff, but I’ve grown it next to a large boxwood for several years and I love the look in both places.

There aren’t a lot of plants that can do it all—please the bees and the gardener and discourage deer—and manage to have grace and presence without a lot of fuss, but ‘Montrose White’ manages to fulfill that promise. 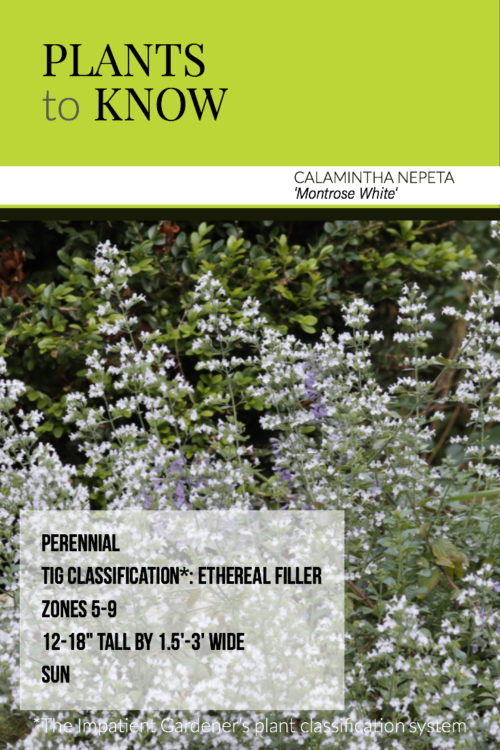