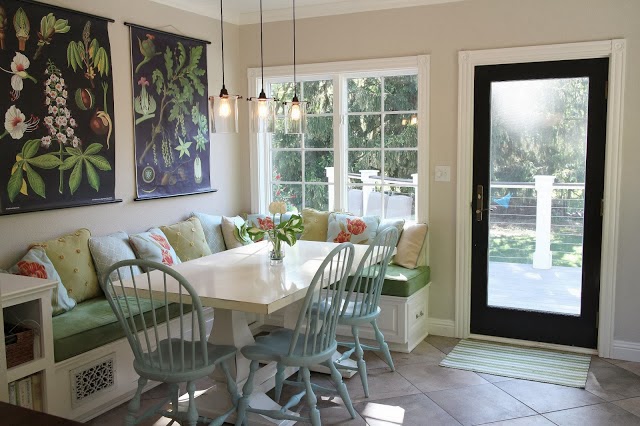 I know that sometimes it seems like nothing is happening here in Impatient Gardener land. You don’t hear from me for a few days (unless you follow me in Facebook or Instagram where I’m much more likely to post regular updates) and you assume I’m probably asleep on the couch with my laptop half on my face. You would be right a lot of the time.

But right now I have a bunch of projects in motion. The problem with projects, I’m finding, is that apparently they can take some time to finish. So instead of waiting what could realistically be months for the finished project (I literally have two big pieces of furniture in the basement that have been 80% finished for going on a year now), I thought I’d show you some of what’s going on.

Probably the biggest project I’ve been working on is the kitchen table. Yep, longtime readers will recall when I did it the first time. I won’t get in the why I’m redoing it right now, but suffice to say, something needed to be done.

This is what the table looked like until last Sunday.

Fast forward to this week. This is what the table looks like now (below, and keep in mind that the quality of the photos here is vastly different). I’m getting some positive comments on Facebook but there is work to be done. I’m probably going to take a wire brush to it to scuff it up (after I just got done sanding it by the way) and then use some liming wax. In any case, the final protective finish will be wax. Oh, and I’m repainting the legs too, but just the white that the rest of the kitchen is. 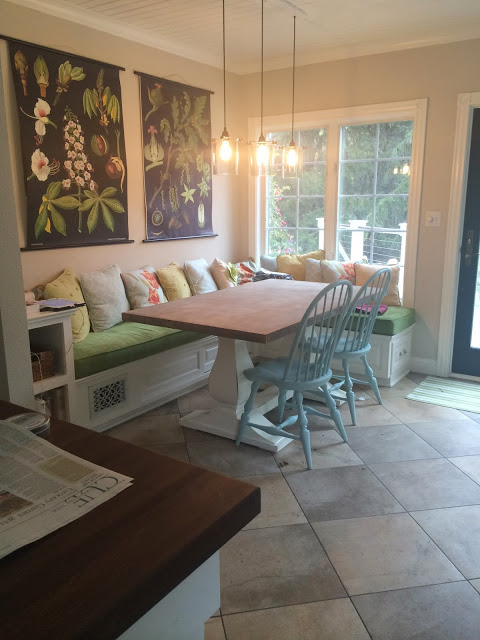 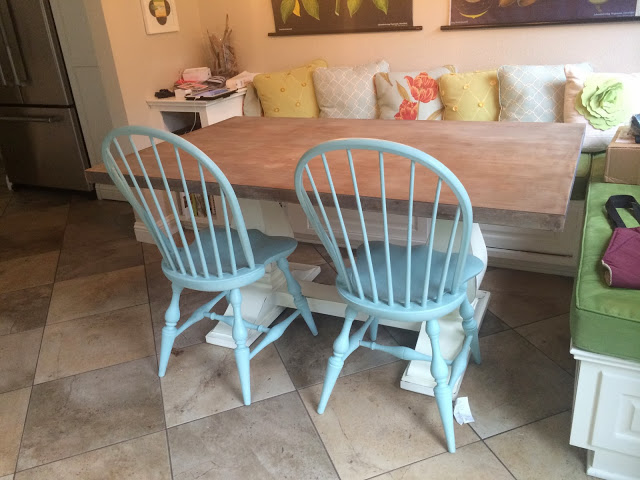 Meanwhile, the basement is full of orange. I don’t think I’ve ever been so into orange before, but here I am with two different shades of orange going on furniture in the basement. 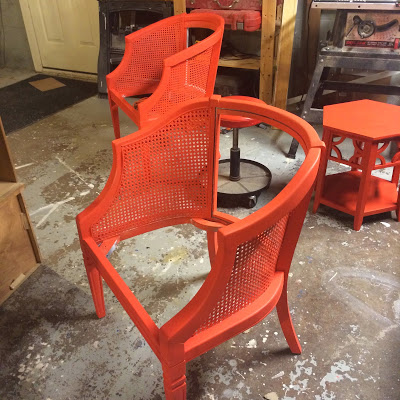 I’ve been working on redoing these cane chairs I bought two years ago on Craigslist and have gotten to the point where I’m on the last coat of paint, so it was time to double check to make sure I was happy with the color (oranges and reds, in my opinion, take at least three coats if not four to develop to the correct color). I brought one of the chairs up to the room where it’s going and draped some of the fabric that I’m recovering the cushions in (yep … I went for the most overused and expensive fabric you can find on the Internet; I can’t help it, I adore it). 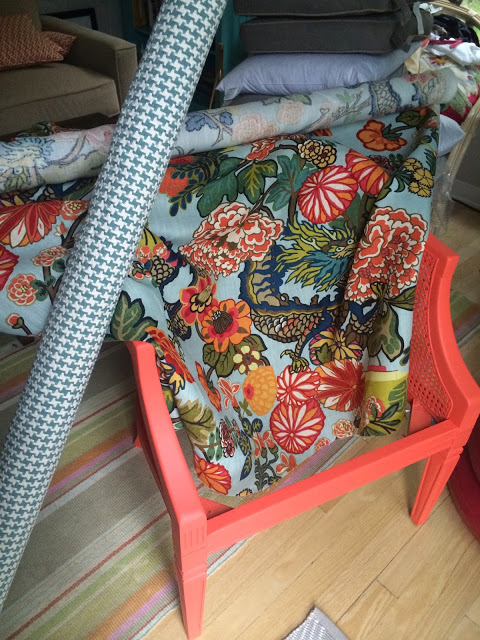 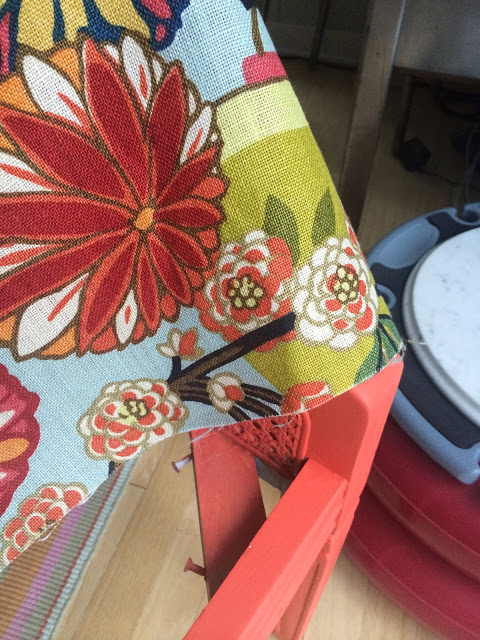 The color—Benjamin Moore Starburst Orange—is actually showing up a tad pinker than I expected, but I think once the finish goes gloss, which it is, the color will change a bit.

In other project news, I’m painting another ceiling (funny how I keep doing that even after swearing that I would never do that again). I’ve also determined that painting the garage is not going to happen this fall. The weather has turned and I don’t want to take a chance of the paint job not working. By the way, thank you all for your nice comments on the garage project.

So that’s what’s happening in my world … what do you think?

chair DIY kitchen table
by Erin @ The Impatient Gardener
4 Comments
previous post: Oozing charm all over the place
next post: How to binge-watch Sarah Richardson shows in the U.S. + new paint colors to love