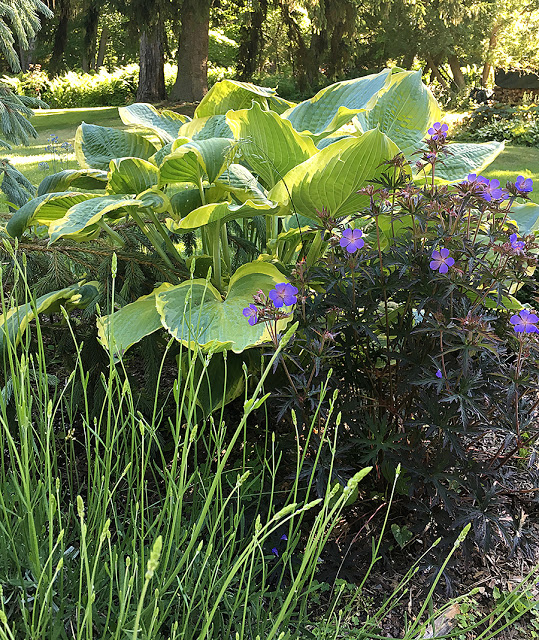 I have never been great at following rules. I’m not saying I’m a great rebel, but there has always been a part of me that wants to do the opposite of what I’m told to do just because.

Perhaps this is why I don’t always follow conventional garden wisdom. It certainly sounds better to frame it that way than to just say that I don’t know better. Trying to be a rebel in the garden usually backfires, but sometimes it works out even better than you might have hoped.

Hostas are a plant I’d never want to be without, and it’s easy to see why some people become “hostaholics.” The broad leaves offer an excellent course texture to set off so may other plants in the garden and they come in a size that’s perfect for any spot.

But they are shade plants, right? Well, sort of. I like to think of hostas as shade tolerant plants, but not necessarily shade plants, even though that’s the first place most gardeners think to put them. The truth is, I grow hostas in everything from full sun to deep shade and the color and texture they bring to the sunny spots of my garden is as striking as what they bring to the shade garden.

I’m able to get away with this in part because I garden in zone 5 and pretty far north. Certainly gardeners in hotter zones would have difficultly growing most hostas in full sun. I also don’t think that that sunny and dry would work for this notoriously thirsty plant.

The color of the hosta matters too. In general, the lighter in color, the more sun a hosta can handle. Blue hostas won’t have as good of color in sunnier locations, although blue tends to look more green as the season goes on regardless of location. Yellow and white hostas are more likely to have good color in more sun but they will get bleached out if they get too much sun and not enough water.

Let those hostas out of their shady box and see the light. I can’t imagine my garden without them, both in the sun and the shade.

hosta hostas
by Erin @ The Impatient Gardener
4 Comments
previous post: THE WAVE OF THE FUTURE (aka A REVIEW OF A VERY COOL HANDHELD BLOWER)
next post: FRIDAY FINDS