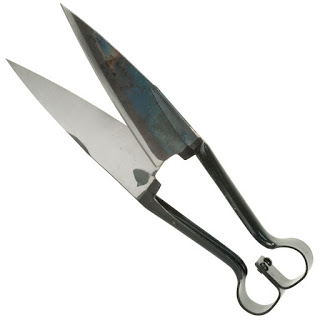 My affinity for meatball boxwoods is no secret. In my very informal garden, they are one of the few nods I give to formality and I like the structure they provide.
I usually prune boxwoods toward the end of June, but this year was a little behind weather-wise and then I left for awhile so I didn’t get to them until this weekend. That’s probably a tad on the late side, but I think they’ll be OK. You want to prune them after the big flush of new growth, but not so late that the growth that is spurred by pruning doesn’t have adequate time to harden off before winter.
I’m no master pruner, but my meatball technique gets better with practice. When I first started pruning boxwood, I would use a hand pruners and cut back to a leaf node, which is how you are supposed to do every other kind of pruning. That never led to a very nice look, though, so I switched to hedge shears, which look like giant scissors. Those are fine, but they lack a certainly ability to make detailed cuts. A couple years ago I switched to sheep shears. These are a hand killer, but give you so much more control over your cuts.

I now have four meatball boxwoods in the garden, the largest of which is probably 10 years old now. Here’s what it looked like before pruning. 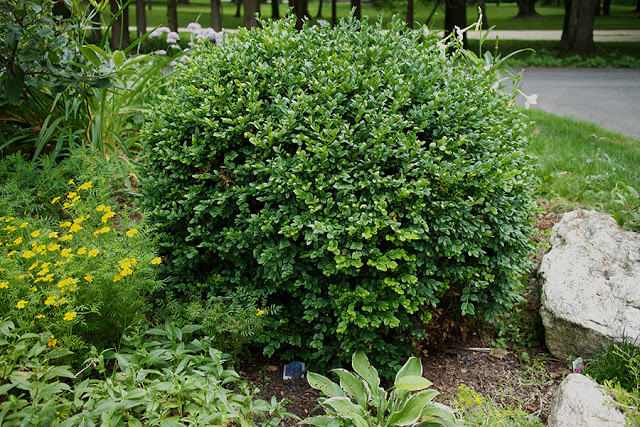 When you prune shrubs, you’re never supposed to go in at the bottom, shading the bottom branches, but I do it anyway. Boxwood are resilient and I so prefer a globe shape over a straight-sided dome. I do it entirely by eyeballing it; I’m not sure if there are other, more technical, ways to prune meatballs. I start but trimming a few inches in each hemisphere, all the way around the shrub, sort of dividing it into eighths. Then I add in another “band” of pruning horizontally along the top quarter. After that, I just fill in the gaps. I also use a hand pruner to cut out any dead wood (like in that bottom righthand corner).
There’s a lot of standing back and looking at it from afar and from different angles and going back and snipping a little more. I don’t take off a lot of material because I’m happy with the size of this shrub. I would guess I end up taking off about half of the new growth, and a little more in some areas (for instance, you can see the lighter green area in the front that for some reason grew more than other areas). 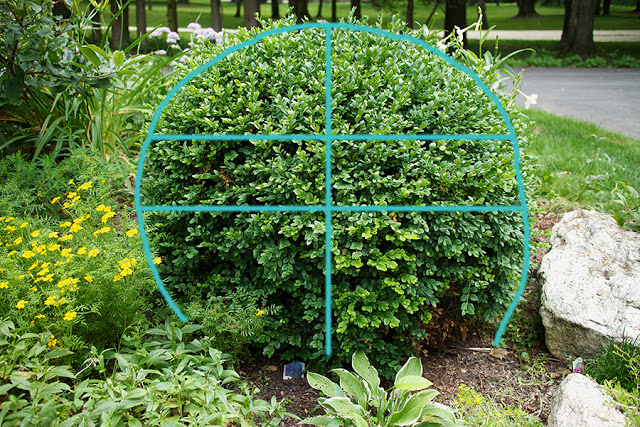 And here’s the finished meatball. It’s not super tight, like some boxwoods at formal gardens, but it’s too my liking. AfterI took this picture, I actually went back and took off a little more on that upper left hand corner because it felt like it was standing a little proud to me. 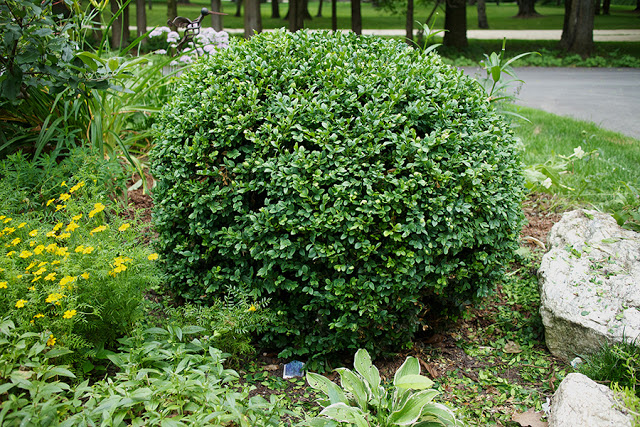 And here’s a little before and after gif to easily show the difference.

What do you think about meatball plants? I know some people abhor them. I just can’t help myself … little round balls of plants make me happy.