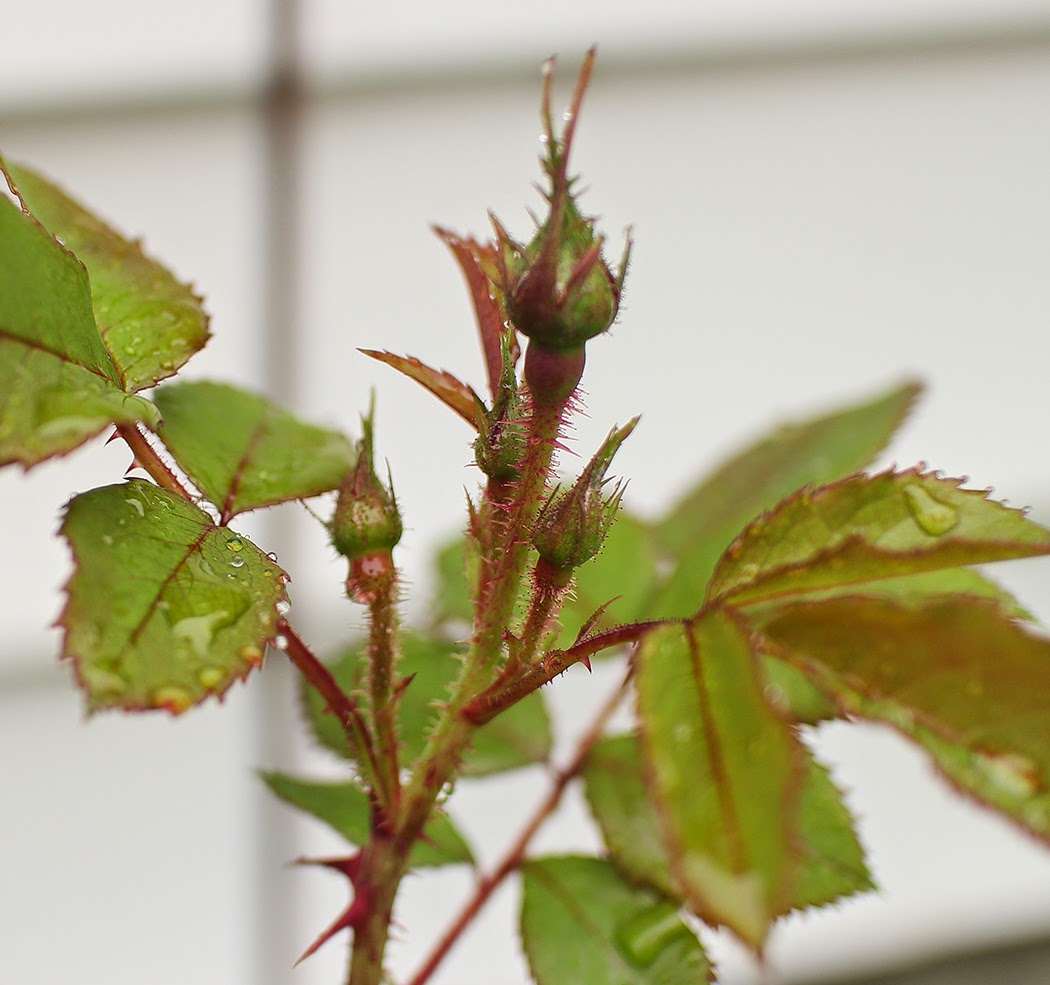 Creepy crawlies are as much as part of gardening as soil and sun. Gardeners tend to have different views on such things, some taking as much interest in the bugs as the flowers and heralding the sight of a helpful critter as much as prize-winning tomato. Others abhor the little buggers.

I remember reading a gardening forum post once in which the poster was petrified of worms. The poor woman was lambasted in the follow-up comments and I felt horrible for her. I happen to be quite proud of my worms, but I can understand how someone might not be fond of them. So I try to take an open-minded view of gardeners’ reactions to the creatures that share our yards.

As I mentioned, I love my worms. I actually count them when I dig a hole. When I removed all the sod for the new garden area it took me longer because I picked out all the worms out of the sod and put them back in the garden. I also love seeing bees, butterflies, moths and birds in my garden. And I always talk to the toads when they show up.

But really, that’s about where it ends for me. I find everything else to be pretty disgusting. Snakes are a complete deal-breaker for me. To my knowledge, we have no poisonous snakes in Wisconsin, but it really doesn’t matter. The garter snakes that tend to show up in gardens might as well be rattlesnakes or boa constrictors as far as I’m concerned. My reaction to them is no different than if they were planning to turn me into dinner: I scream (like horror movie kind of scream) and run faster than I ever have before. And then about three weeks later I realize I will have to go back into the garden at some point. I dislike snakes so much that if someone posts a picture of one on Facebook, I immediately hide the post.

But I don’t most bugs either. That presents a problem because in most cases, the best way to deal with bugs in the garden is to physically remove them from a plant. And that involves a lot of bug touching, usually followed by bug homicide.

I’m OK with the latter. Maybe it makes me an awful person, but killing a bug that is not beneficial to my garden is not a problem for me. I’m not sure at what size I draw the line on critter homicide, but I think it’s safe to say I couldn’t kill anything with fur or anything bigger than, say, the end of my thumb. I offer as proof the fact that the other day there was a baby bunny in front of my car as I turned down the driveway. I suspect this bunny (or his brothers, sisters, mother, father or cousins) is responsible for mowing down my Sweet Summer Love clematis and a few other things, and for one brief second, as that little brown puffball looked me in the eyes, I realized I could prevent a lot of future garden damage with one tap of the gas pedal. But of course I couldn’t bring myself to do that. Just as I cannot bring myself to do anything but set up a relocation program for the red squirrels eating our garage (literally).

All of this brings me to my point: Sometimes, as a gardener, you have to kill a bug or two, even if you really don’t want to.

The climbing rose ‘CanCan’ that I have on the front of the house has performed so well for me, but the past two years it has had horrible aphid infestations. My goal for this year has bend to keep it healthy enough to ward off the little buggers (I have a theory that healthier plants will not attract bugs the way stressed plants will). I’ve been patting myself on the back that despite a lot of lush new growth, so far CanCan has not gotten any aphids. But then I noticed some leaves were looking a bit lacelike. Something was eating them.

When I turned over the leaves I found a tiny green caterpillar looking bug. It didn’t take long for the Internet to show me that it was sawfly larvae. The solution: get rid of them as quickly as possible.

I don’t know if I have a “soft” nozzle on my hose, but blasting bugs off with water has never worked for me. Then I tried insecticidal soap, but the next day the larvae were still there and growing. There was only one icky way to get rid of them: Squish ’em.

So I put on my gloves (this is the main reason I wear gloves when I garden, by the way, in case I come in contact with a creepy crawly), sucked it up, and started scraping the little buggers off those leaves. They are so small and soft that that action alone ended their time in my garden.

bugs creepy crawlies roses
by Erin @ The Impatient Gardener
7 Comments
previous post: THE STATE OF THE GARDEN (AKA WHAT’S HAPPENING)
next post: GROW MINT, BUT GROW IT WISELY