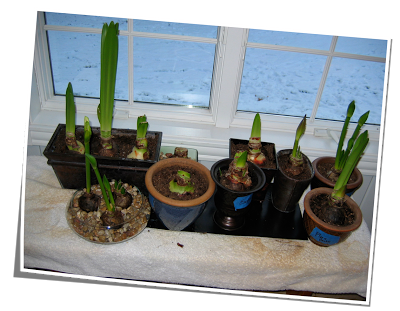 L ast year I bought several interesting amaryllis bulbs to give as Christmas gifts. They were very well received, especially by the people on my list who don’t want or need more “stuff.”

I guess I was bit over anxious last year because I planted them sometime in November. I ended up giving most of them away before Christmas because they were on the verge of blooming.

This year I wanted to start a little later, but then it seems I started TOO late. Here’s how they (I mostly bought new bulbs) looked this weekend. Three of them have bits sticking out of the bulb, but that’s it. Rather unimpressive Christmas gifts as they are right now. Hopefully they’ll hurry up! I have them on a seed-starting mat so they are getting bottom heat and as much light as I can give them. I guess now it’s just a matter of talking really sweetly to them. 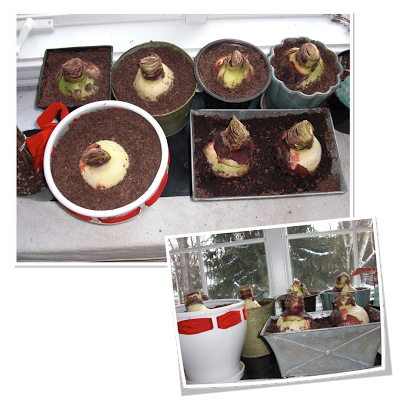 co-op
by Erin @ The Impatient Gardener
2 Comments
previous post: Ikea chair before, during and after
next post: Finally, some Christmas decorations!