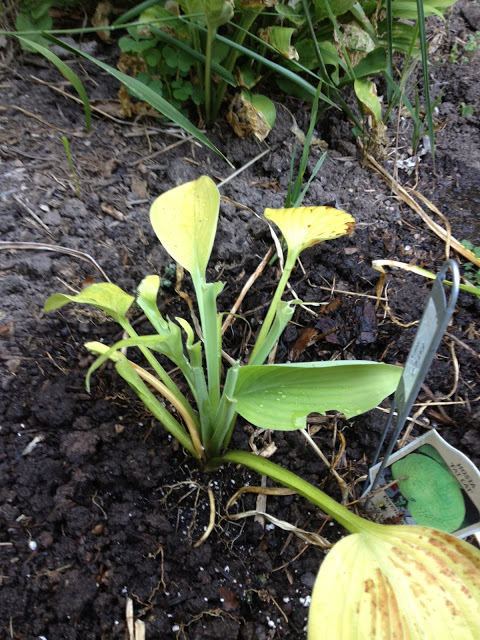 Deer are odd creatures. They don’t seem to have any rhyme or reason to what they feel like eating on any given day. They stand in front of cars and stare at the passengers. They will stand in a yard just feet away from a house with a pair of dogs going absolutely berserk barking at them without looking like they have a care in the world.

I guess it’s time I finally give up on trying to predict what our neighborhood deer are going to do next. The other day I caught one staring at me reading the newspaper on the deck from the ferns. It casually turned and disappeared, sort of like the baseball players in “Field of Dreams.” I suspect that’s how they view my garden: I built it and they have come.

For years, the first plants they would hit in the garden were the hydrangeas and the lilies. Then they’d come nip the occasional petunia in a pot in the garden or sample a rose. And because I am obviously a slow learner, I usually never did anything about preventing them until they’d already started sampling. The same bad habit holds for this year, but for some reason I thought they were going to skip my house this year. Do not ask what sort delusional thinking allowed me to entertain that idea for even a nanosecond but suffice to say, I was wrong.

The hydrangeas look fine. Even the Annabelle hydrangea, which apparently has proven to be very tasty in the past, remains untouched. I have lilies blooming that I have surprised me with their color; I’ve never seen them bloom before because the deer always nipped off their buds. Nope, this year, the deer went straight for the hosts. For whatever reason, they’ve never done a lot of hosta sampling in my yard before, even though I know many other gardeners have experienced the sinking feeling of looking around the garden and finding only stems standing where just a day before were gorgeous bold leaves.

I could show you dozens more pictures just like this, but you get the idea. In the case of poor ‘Fat Cat,’ they actually ripped it right out of the ground (I recently planted it). Any not-fully grown hosta (which is most of them) has been reduced to stems. They didn’t care what color they were or where they were growing, they just mowed them down.

Ultimately, it’s my own fault. After 10 years of living a quarter-mile from a state park with a very healthy deer population (I wish they would just stay in the park), I ought to know that the deer are going to eat SOMETHING in my garden. It might not be the lilies or the hydrangeas or the petunias, but it will be something.

In case you’re wondering how I fend them off, at least when I’m smart enough to do it, I’ve tried just about everything you can imagine to keep them away and everything seems to work for a little while. But the least expensive option seems to work the best, so long as I’m thorough about using it and reapply it after a good rain (not a problem this year). This core of this recipe was given to me by my mother who got it from someone else, but I’ve added a few extras to it that I think help (and they certainly don’t hurt).

4 eggs
1 tablespoon of cayenne pepper
1 teaspoon black pepper
A couple drops of dishwashing detergent (to help it stick to leaves)
Whole garlic cloves, crushed or smashed (I probably throw 6 in but just put in whatever you have)

Put all the ingredients in a rinsed out gallon milk jug and fill the rest with water. Shake thoroughly. Then set it out in the sun for a few days. You want it to get good and nasty. After it has “fermented” a bit, dilute it about 4:1 and sprinkle it all over everything. I think it’s especially helpful to make a “perimeter” around the garden as well as being sure to thoroughly coat any prized or particularly tasty plants. It can create some discoloration on leaves, particularly on blue hostas, but discolored leaves are better than no leaves, right?