Bouquet after bouquet comes in the house and I am repeatedly reminded of just why I allow dozens of gallon pots of tubers to sit around my house in late winter. Spring tends to come late to the shores of Lake Michigan, so I get a jump start on the season by potting up tubers in April so they have a good start on the season by the time the ground is warm enough to plant them (a soil temperature of about 60 degrees or so.) The extra care is worth the effort as I’m rewarded with blooms for months. 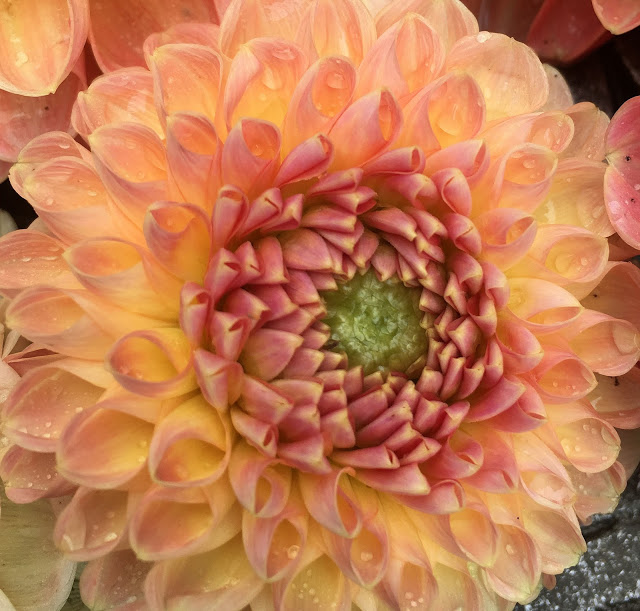 Once they are in the ground, I do nothing but water and deadhead them. Dahlias grown in pots get the same fertilizer treatment as other containers (a synthetic bloom booster water soluble fertilizer, fish emulsion or comfrey tea at various times), but otherwise there is no coddling. If I have a downfall as a gardener, it is that I am a horrible staker. Blame it on aggressive optimism perhaps, but every year I think, “This is the year they will all magically stand up on their own and I won’t have to do any staking.” And of course, every year, the taller varieties, which most of the larger-flowered dahlias are, get the dreaded lean that should warn an alert gardener that they are going to spend the next two hours trying to jury rig bamboo poles and metal stakes along with various bits of twine, Velcro and a pair of nylons you won’t remember that you ripped up to hold up plants until you are five minutes late for the next dressy event that calls for them. I’m certain at some point I will learn the lesson to stake early, but I can’t say it has gotten through this gardener’s thick skull yet.

Deadheading, however, is important to keep the flowers coming. Here’s how you know what you should be cutting off and what will become a new flower.

Dahlias are becoming more fashionable, but I can’t think of a time when I haven’t loved them. The only thing they are lacking really, is scent, but I suppose there is a hybridizer out there working on that. I’ll sit tight on that, but dahlias have nothing to fear from me: They’ll always have a spot in my garden. 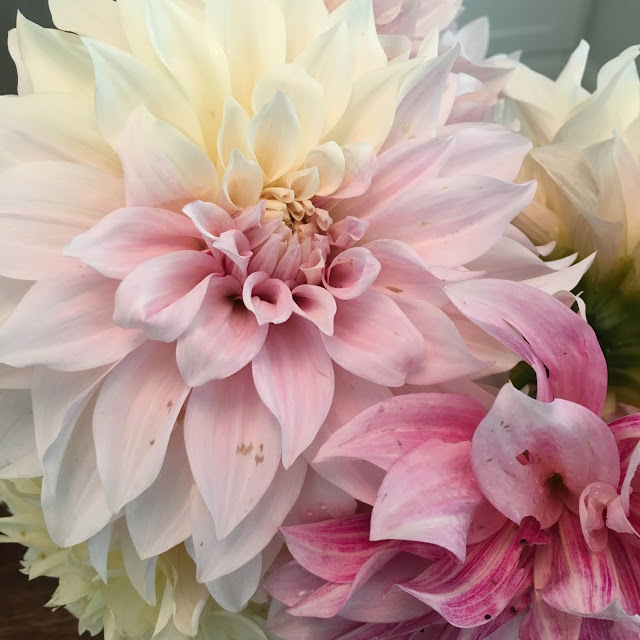