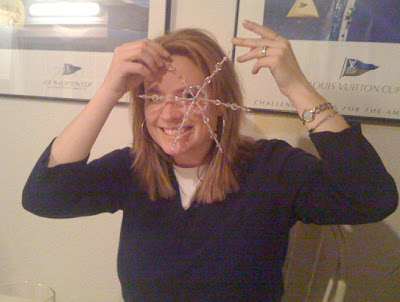 Most years I am running around like a mad women the day before Christmas Eve, buying the last of the presents, and then I stay up until the wee hours wrapping gifts.

I am trying my very hardest not to do that this year. I have a good start on my Christmas shopping and I’m hoping to finish it up (online, mostly) over the next week or so. I am also going to get my outside decorations (which will be a bigger deal than the inside decorations given that Mr. Much More Patient is gone until Christmas Eve so I won’t have a tall helper) done this weekend if Mother Nature cooperates.

But I actually kicked off my Christmas “to do” list last weekend when my best girlfriends and I did our annual Christmas craft day. This started as a bit of a joke because none of us are crafters. At all. But we wanted to get together to hang out somewhere other than a bar without having to add further trauma to our Christmas season budgets. The way it works is that I scour the web for interesting looking crafting projects and then send a list to my friend Jilian who chooses the project we’ll do. I gather all the supplies, everyone brings a little food and drink, and we hang out at my house being silly and attempting to make a little something.

Last year we made beaded snowflake ornaments that were really cute although labor intensive.

This year we made pipe cleaner figures based on an idea from Martha Stewart. They looked cute and we figured that pipe cleaners were probably pretty forgiving for us novice crafters.

We made skiing Santas, skating snowmen and reindeer (and a few random things later on).
Now of course you knew that ours wouldn’t look like Martha’s, and I should add that our efforts were hindered by the fact that Martha must have special super fluffy pipe cleaners made specially for her because ours looked a little anemic compared to hers.

Here’s how mine turned out next to Martha’s version. See if you can identify which is Martha’s and which is mine. 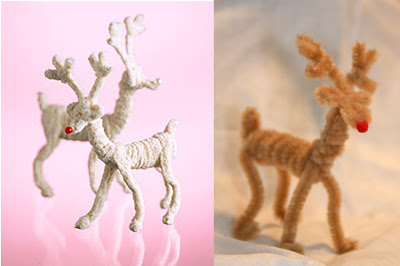 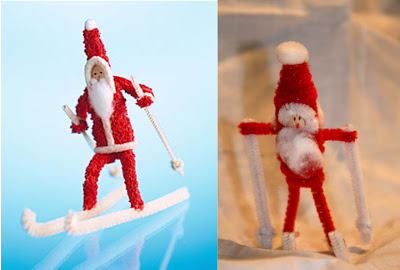 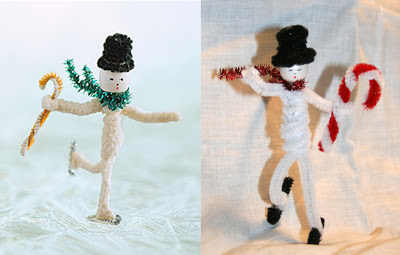 Did you guess that the ones on the right were mine? You did? You are a bunch of super sleuths!

Here’s what the whole menagerie of figures we all made looked like.

OK, so I know that Martha Stewart Living won’t be calling us anytime to demonstrate crafting techniques (which, frankly, in our case involve the consumption of frozen pizza, taco dip and a fair amount of alcohol), but if you haven’t figured it out yet, it’s not really about the crafts. The four us have been friends for decades. Julie and I were in the hospital together when we were born and became good friends by age 4. Dede and I played soccer together in 6th grade and I met Jilian in 7th grade when I switched schools. By high school the four of us were besties. Three of us live close together and Jilian lives in another state so we make it a point to hang when she’s home. So yeah, it’s not about Martha. It’s about this:
by Erin @ The Impatient Gardener
4 Comments
previous post: Fleeting color
next post: What's a Christmas card without snow? A challenge.