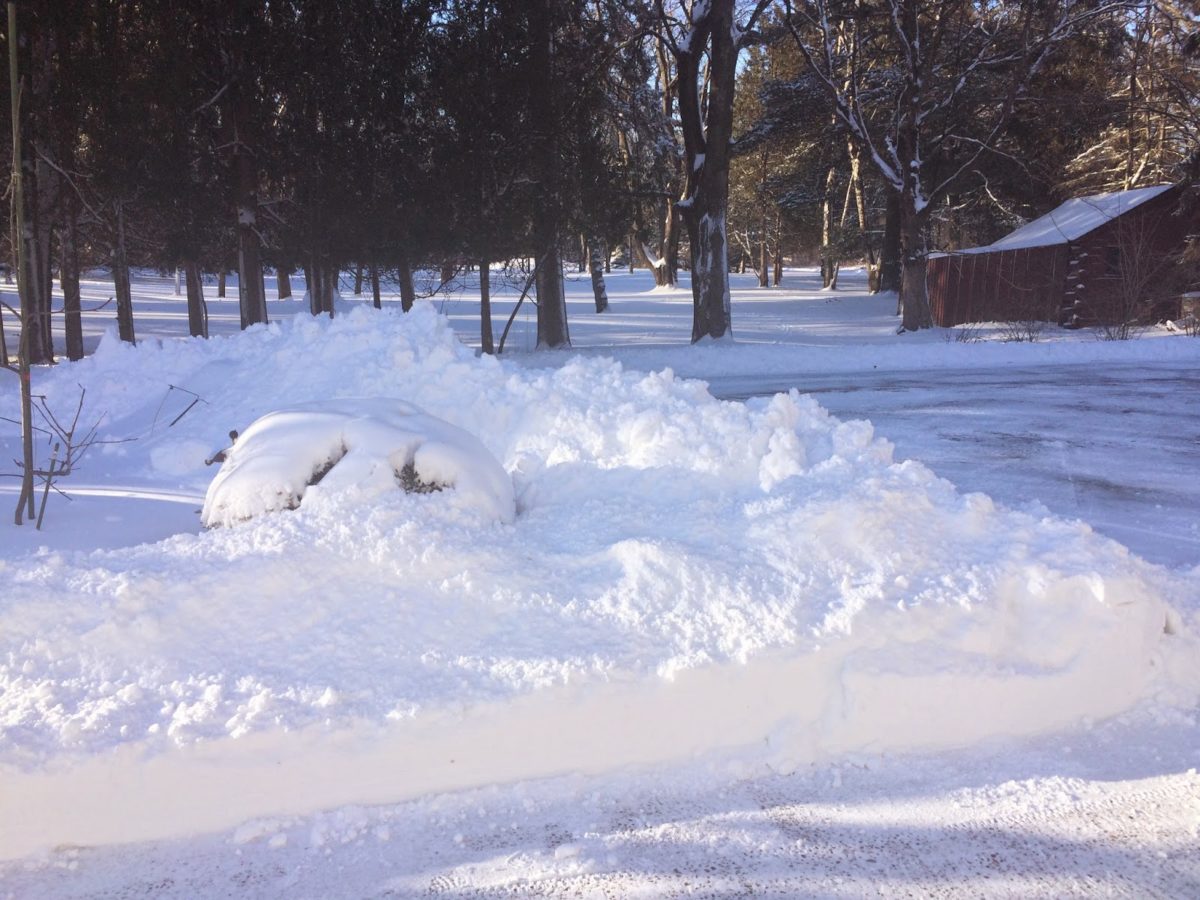 Remember back in fall when I shared my idea to line the apron of the driveway with containerized trees? I wouldn’t say that the reaction from readers was enthusiastic.
I completely understand why. It’s not entirely congruous with the rest of the yard and several people had warranted concerns about the care that containerized trees would require, to say nothing of how much that whole scheme would cost. These are all good points and I’m very thankful for them. Were it not for the rather lukewarm reception to the idea, I might be out hundreds (or, ugh, thousands) of dollars in containers for this harebrained scheme.
I do this sometimes, have a random idea pop into my head and get so excited about it that I get almost obsessed with it, even if I know it’s not a perfect plan. There will be more of these (in fact I’m cooking up another weird gardening idea now but I’m not to the point where it’s real enough to bother mentioning).
A few people suggested doing some nice plantings along that edge of the driveway; perhaps something asymmetrical, but balanced, that would be more in keeping with the rest of the garden. That is an excellent idea, but I knew immediately that wouldn’t work.
Here’s why.

We got our first “real” snowstorm of the year on Sunday. I know it was considered real because it forced the cancellation of most of the flights at the Milwaukee airport. I know that because I was supposed to be on one and I was supposed to wake up Monday morning looking at palm trees and neither of those things happened.
And while the interruption to my travel plans was a bummer, it did allow me to snap a couple photos of the snow situation here, which I wanted to share to show you why permanent plantings won’t work along the apron. As you can see, massive piles of snow are dumped there when we have our driveway plowed. And while perennials seem to do OK buried (some years the pile has extended into the circle garden), no small tree would be able to tolerate that kind of abuse.
Here was a badly Photoshopped idea to illustrate my idea and a real-time photo after the snowstorm. 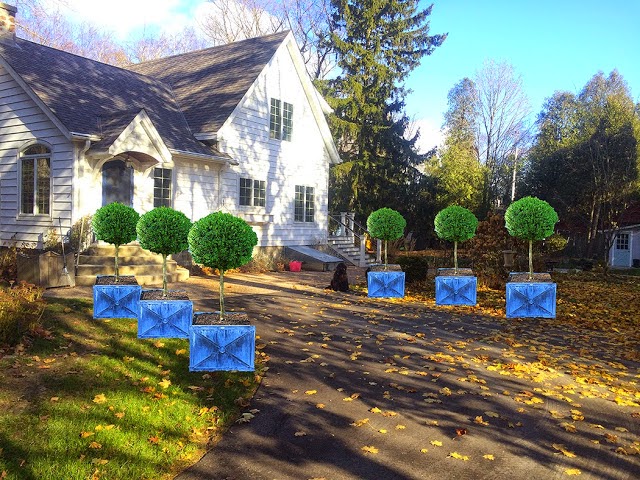 I haven’t made any decisions about flanking the apron with anything yet. To be honest I have mentally spent a good part of the plant budget for the year (disclaimer: There is no real budget but I have a general concept of when I’ve spent too much and given the potential cost of the containerized tree idea, there wouldn’t be a lot left in the kitty for anything else).
So, for not, that plan remains on the proverbial drawing board, along with several others that range from doable to completely outlandish but very fun.
containers driveway snow trees
by Erin @ The Impatient Gardener
4 Comments
previous post: A MOST LOVELY GARDEN SURPRISE
next post: FRIDAY FINDS