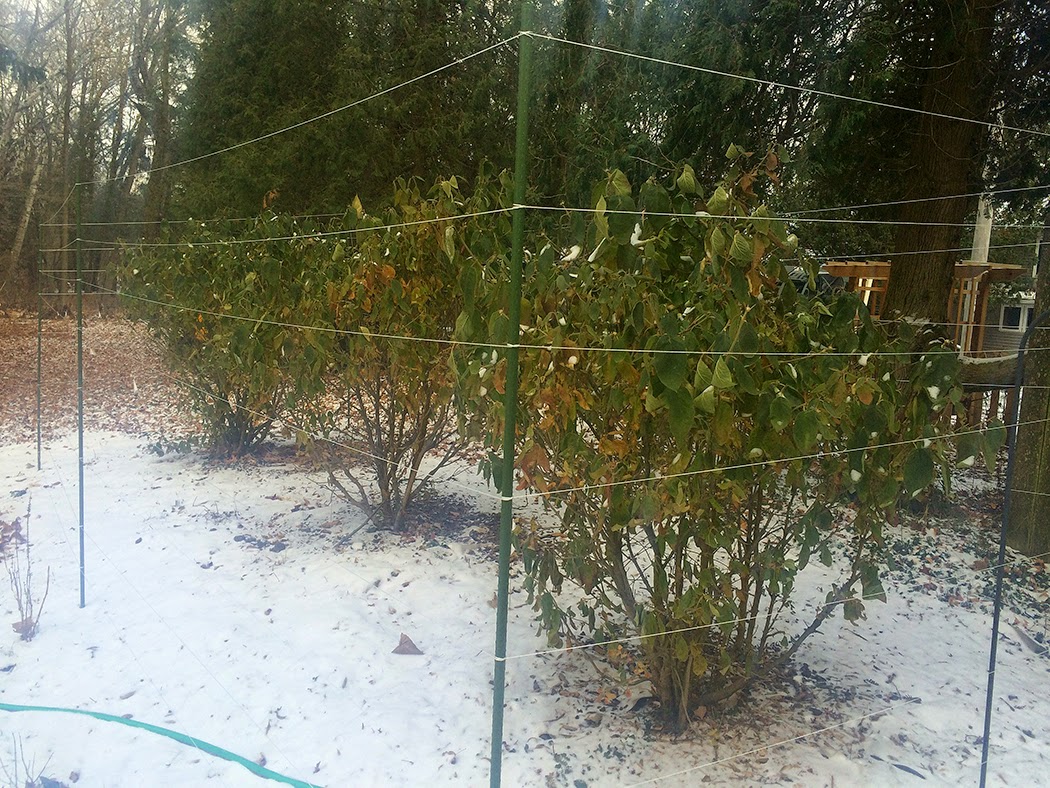 I’ve whined about the deer problem in my garden many times before and there is no perfect solution. Every year I learn more in the war in combatting them and what I learned last year was that they can do major damage in winter.

Up until last year, we’ve had many years of mild winters. But last year we had a very cold and very snowy winter. The snow that fell early in the season never melted so it just kept piling up. That meant that the deer could not get to their usual food sources. The deer population by us has also flourished in recent years, so there is a lot of pressure on the environment to feed the herd.

Last year they ate anything they could reach, so even plants and trees that they had never shown interest in before were targeted.

And weather experts are predicting this winter will be as bad as last. So I took some extra precautions in protecting some plants.

This is not a method I’ve ever seen before and it is completely untested, but it’s cheap, easy and easier on the eye than a lot of other protection methods.

To my knowledge, the only way to protect a plant from deer in winter is a physical barrier. If a plant also needs protection from the cold and wind, that may come in the form of burlap, but if it just needs protection from gnawing, that generally means some kind of fencing. Except deer have a knack for biting through fencing, so you can’t just wrap a plant in it; you have to get the fencing away from the plant to create a gap. That means that you have to set poles in the ground.

So I thought as long as I had to put poles in the ground anyway, why not try something that is a little less noticeable and much less expensive.

When I was researching deer fences for the property, I learned that deer have pretty lousy sight. I also believe that deer are pretty lazy, so they usually won’t work too hard for something that isn’t really special, and in winter, nothing is really special (well, maybe cedar trees but they’ve already eaten everything 7 feet high and lower).

So I used nylon string to create a string “fence” around specific shrubs and trees. I tied clove hitches (perhaps that should be the second in my how-to-tie-knots series) around each pole, spacing the string out about 7 or 8 inches. On some of them where the string got a little saggy, I also created a big string X on each side. 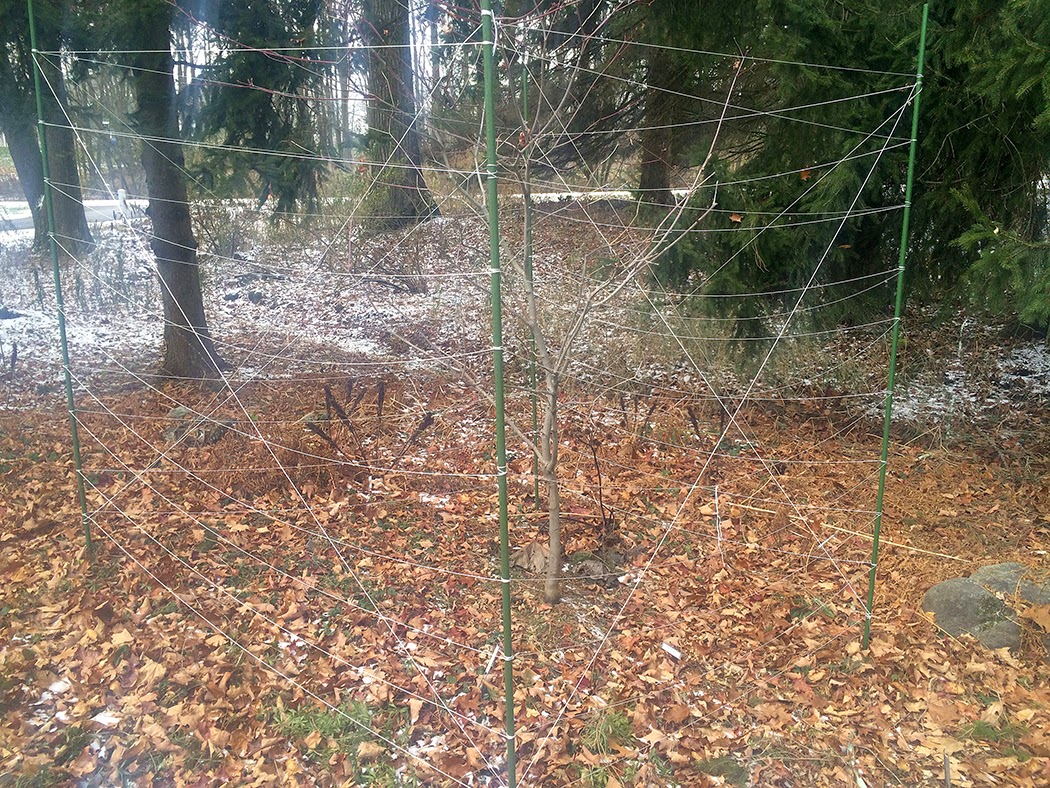 At some point I’ll go back and tie a little something onto the string (ribbon, maybe) so the deer can easily see that it’s there. I made sure to place the poles far enough away that a deer can’t just stick its head in between the lines and reach the plant.

I made a large string “cage” around the viburnums on the east side of the property because they were hit by the deer pretty bad last year. I also made one around the new ‘Mariesii’ viburnum by the bird feeders (a favorite deer hangout) and around the Japanese maple, which they also did a number on last year.

Will it work? I have no idea, but I know I’d much rather look at my string cages than big fences. Only time will tell if its enough to keep the deer moving.

Do you have to protect plants from deer in winter?