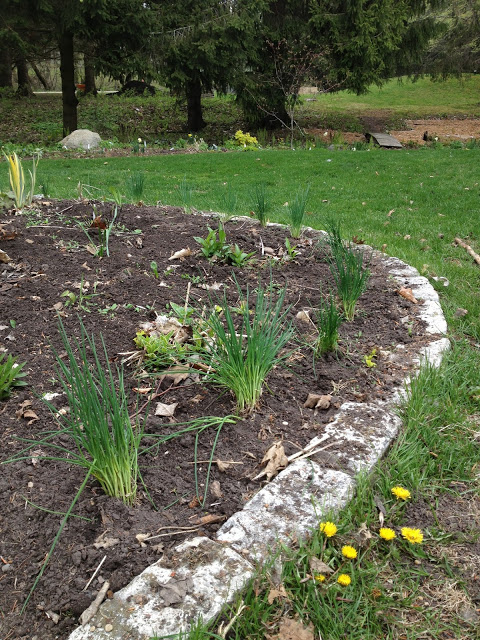 Sometimes when I disappear from the blog for more than a few days it’s because I have nothing to write about and I never want to bore you. But other times it’s because I’m so darn busy there is just no time to write.
That’s been the story for the past week. I promise you posts on almost all of these things, but I just haven’t had a moment to take more than an iPhone photo or write any words.
But just so I don’t completely leave you out of the loop, here’s what’s been happening.
On a total whim this weekend I decided to try to create a “hedge” of chives along one section of the circle garden. I started pulling up all the little chive volunteers and plunking them in along the edge and then I ended up pulling up one plant and dividing it for the rest. I think chives are so pretty in and out of bloom so I thought why not. I already had the plants and there’s no harm in trying it. If I don’t like it, I can just move them.
It was a weekend of go-go-go trying to get some gardening tasks finished up. I didn’t even come close, in case you were wondering. It is amazing how much time it takes to move six yards of compost. I’m not sure what takes more time, the weeding of the beds before I put it down, or the moving and spreading of the compost once I do. In any case, I’m looking at at least one more weekend of it before I’m finishing.
I did want to do one little construction project this weekend. Apparently I failed direction-following in kindergarten because the directions on how to make the cuts for this tuteur (or obelisk, whatever you want to call it) couldn’t have been more clear but oh no, I had to do my own thing, which is how I ended up with this. 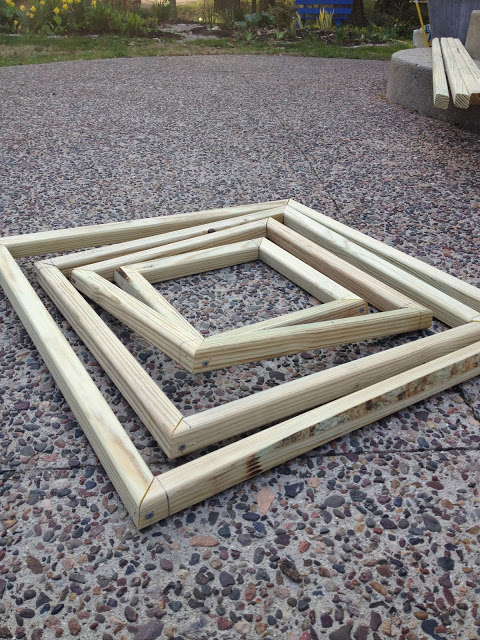 I have a friend who likes the phrase “all chicken-winged up.” That, dear readers, is all chicken-winged up. Since I was throwing this thing together in record time though … I just torqued it enough to screw it on somewhat straight and went with it. It’s not exactly the most beautiful thing I’ve ever made but once I slap some paint on there, it will work out just fine. 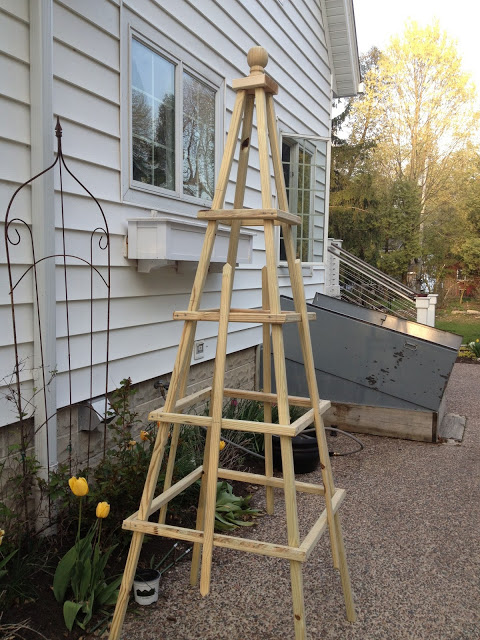 The Serviceberry is about a day away from full bloom. Of course rain is predicted all week. I shot a quick photo of it this morning on my way out the door just in case that’s as good as it gets before the flowers collapse. 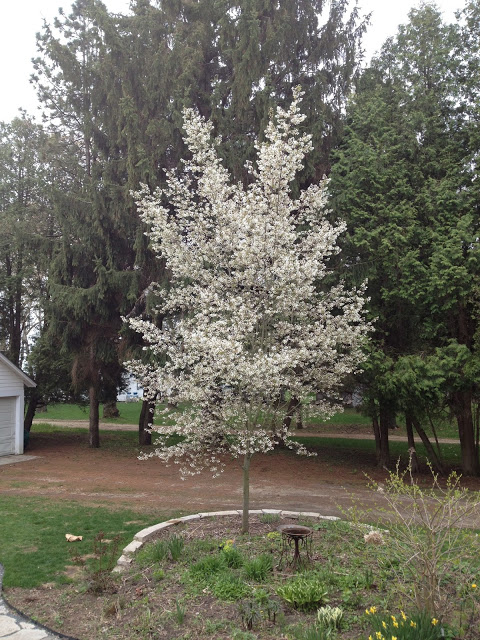 And in the most exciting thing that happened all weekend … the backsplash was installed in the kitchen. I love it more than I even thought I would! We are so close to finished on that project (thank goodness).  I just have to paint the walls and we have to get someone to finish that damn crown molding (speaking of that, I’ll be on the radio on Wednesday talking about it, believe it or not). Lots of photos to come of that! I can’t wait to show you. 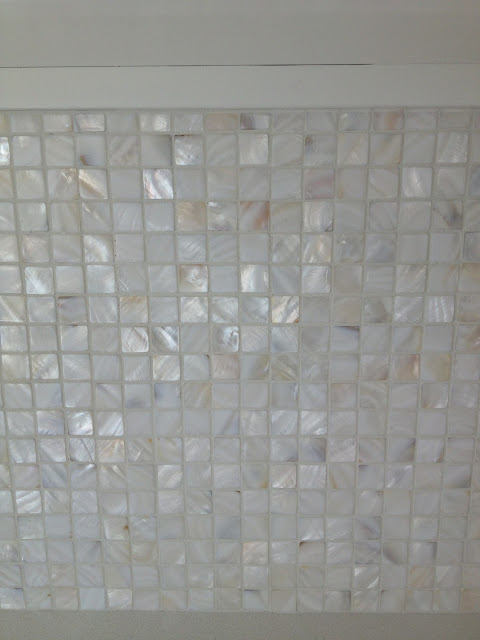 Thanks to everyone who participated in the first week of The Garden Appreciation Society. We’ll do it again tomorrow so get your bouquets ready!