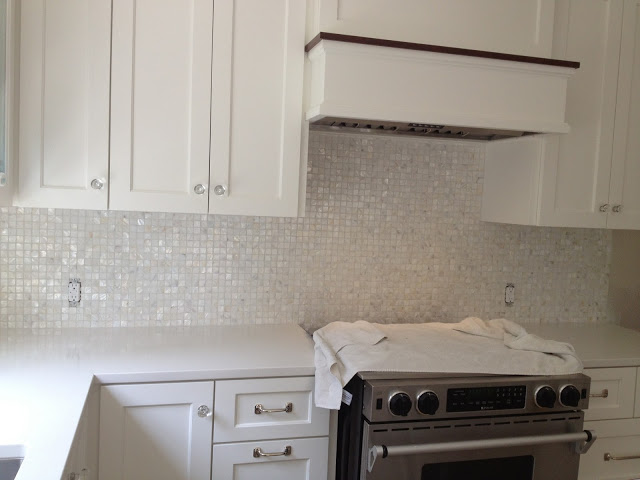 Ha! A second post on a Friday. That pretty much never happens here. Still, I thought I’d just do a little catch up on random goings-on and a bit of talk about the weekend.

First off, last week I was on a radio show talking about my crown molding fail. I’m not sure Frank (the host of the show and former designer on HGTV’s “Design on a Dime”) really understood what had happened (the picture in the post was perhaps unclear because we were putting the new crown over the top of the old molding), but suffice to say, his advice in the end, which was basically that sometimes it’s best to leave some projects to the professionals, was right on.

The good news about the crown molding is two-fold. First, it’s finished! We actually ended up hiring our neighbor, who is a contractor, to do it for us and he got it up in a couple hours. I spend all of Memorial Day caulking it and filling nail holes (that took longer than our neighbor actually spent putting it up) and painting the kitchen walls (I actually changed the color) so the kitchen is officially finished. This, folks, is cause for massive celebration. The second part of the good news, which is not really all that much related to the crown molding, is that I ordered a new wide-angle lens for the camera which should arrive today, so I hope to take great pictures of the kitchen this weekend to show you next week. But here is your official cellphone camera sneak peek.

Despite last weekend’s cold weather I did get a lot of the containers around the house planted. I’m trying to remember to take photos of all of them when they are first planted so I can share how they grow this year.

I was on the ladder planting the window box when the grasses I put in it must have caught the attention of a certain someone trapped inside. Desi seemed to be quite frustrated with the face that I refused to open the window for her so she could ransack the window box. 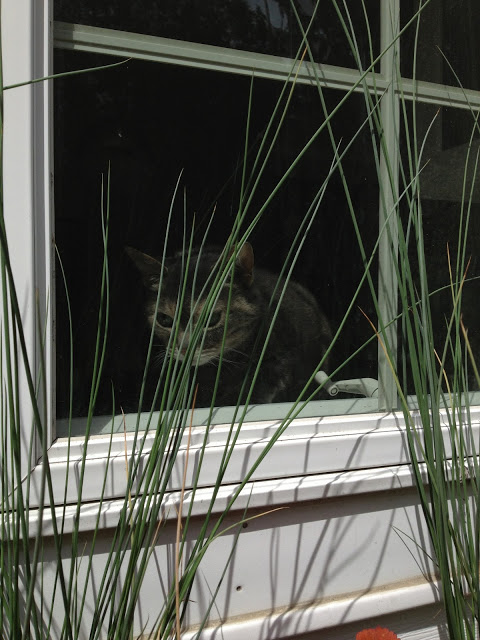 Speaking of planting things, I am determined to garden like a mad woman on Saturday. I need to finish top-dressing the beds with compost and in order to do that I need to finish weeding. Seems like the weeds are the only thing growing right now. I also want to get everything edged, which I find to be one of the more gratifying tasks in the garden. Let’s hope the weather here cooperates finally.

So that’s where things are at in my world. Hopefully I’ll have lots of great things to show you next week. Don’t forget to link up with week 3 of The Garden Appreciation Society (if you haven’t already). I’ll launch Week 4 next Tuesday. Unless a lot of stuff starts blooming at home it could be another week of foliage for me.

What are your weekend plans?

containers kitchen
by Erin @ The Impatient Gardener
2 Comments
previous post: Coming in for a landing: one big ol’ obelisk
next post: It’s starting to come together