I know gardeners (and particularly Midwestern gardeners) will find any excuse to complain about the weather so I’m trying not to be fussy, but a lot of people are experiencing a rather dramatic spring and early summer. The lines of thunderstorms south of us seem to come day after day and I’m sure there are a lot of gardens suffering because of it. The majority of storms have missed us (they seem to fall apart when they get near us and I think it’s because of the big refrigerator known as Lake Michigan) but we have gotten a good amount of rain, so even though it’s been abnormally cool here, at least the garden is well hydrated, which I guess is better than last year’s drought (although that didn’t really start until July so who knows what will happen in a month). 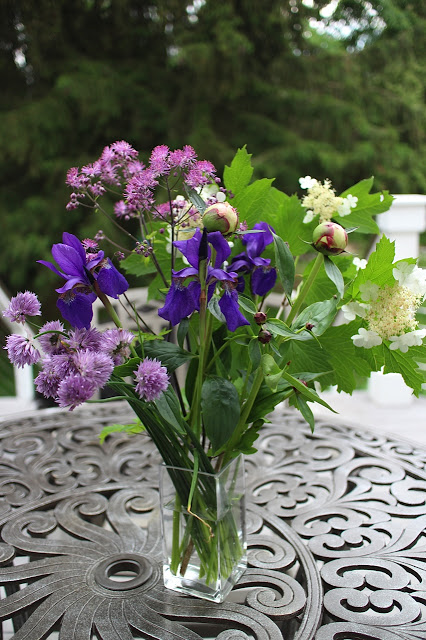 The bouquet I made this week for The Garden Appreciation Society proves that I have a lot of blues and pinks in my garden. It’s airier than I’ve done in past weeks and I fear it suffers a little bit from a scale problem (as in, it’s too tall for the vase), but there are some interesting flowers in there. 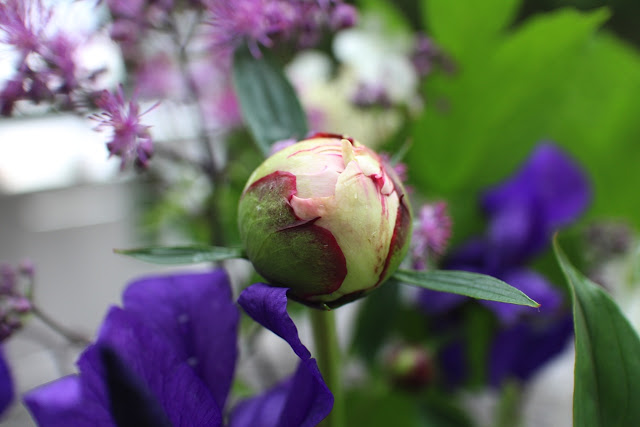 The peony buds are just starting to swell, so I cut the two fattest and I presume they’ll flower in the vase but time will tell. I also cut a lot of flowers from the chives. I’m not sure what variety of chives this is. I have two kinds growing in the garden and this one is much larger and more pungent than the other variety, which is the one I prefer to use for cooking. But this one has much bigger flowers. I left them all clumped together because I thought they’d get lost if I spread them out throughout the bouquet. 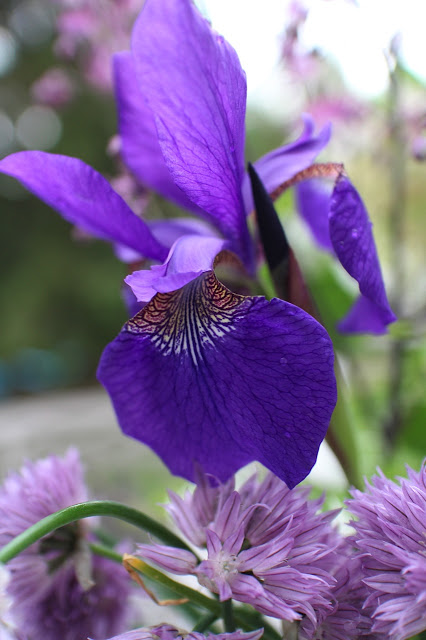 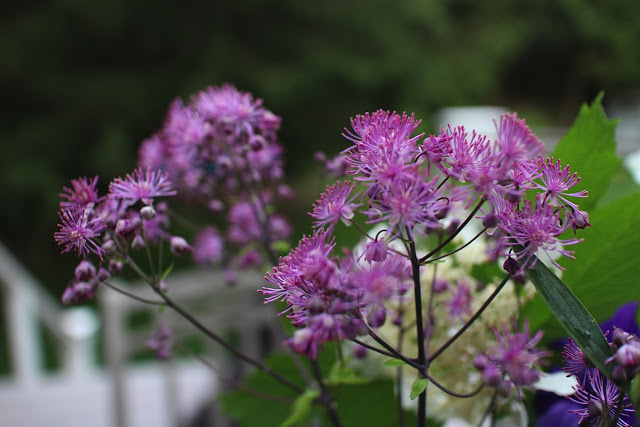 Even though the Japanese iris doesn’t bloom all that well for me, I grabbed three flowers from a far corner of the garden and I think this bouquet really needed that punch of color. I also added two stems from a new favorite plant Thalictrum ‘Black Stockings’ (a meadow rue). The black stems are so great on this plant and I love that they are nice and sturdy and require no staking. I also threw in a clipping from one of the viburnums, but I have to say, I don’t think it really adds much to the mix. But once I cut it, it was staying. 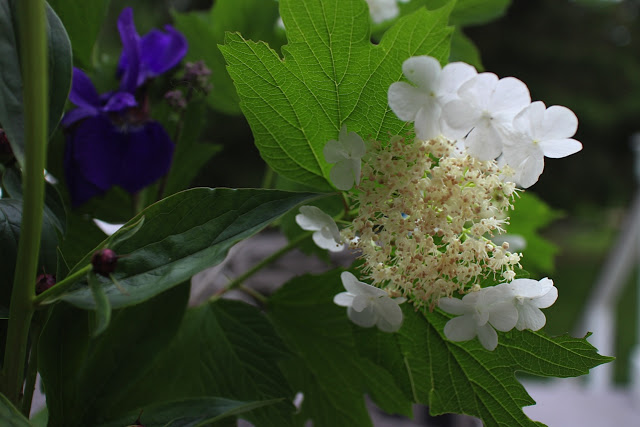 So that’s this week’s bouquet. Last week’s lasted so well. I had no idea that clematis would do so great as a cut flower. And even though the alliums were well spent by the end of the week and had dropped their flowers, they are still pretty with just their seed heads exposed.

Last week was another great one for The Garden Appreciation Society. There were some great bouquets, from structured to wild and everything in between. I just love seeing what everyone chooses from their garden to showcase.

So, link up now and show us what you got!

Garden Appreciation Society
by Erin @ The Impatient Gardener
10 Comments
previous post: Don’t mind the ladybugs in the fridge
next post: Friend or foe?